The Nur-Allah (Light of God) Islamic Center is a largely African American Muslim community that has been part of Indianapolis since the 1950s. At the time of its founding, what would become Nur-Allah was a fledgling community aligned with the teachings of Nation of Islam leader, The Honorable Elijah Muhammad. After 1975, the direction of the national community changed with the leadership of Elijah Muhammad’s son Imam Warith (Wallace) Deen Muhammad (later spelled “Mohammed”), an important Muslim leader, theologian, philosopher, and thinker who transformed the Nation of Islam into an orthodox mainstream Islamic movement. 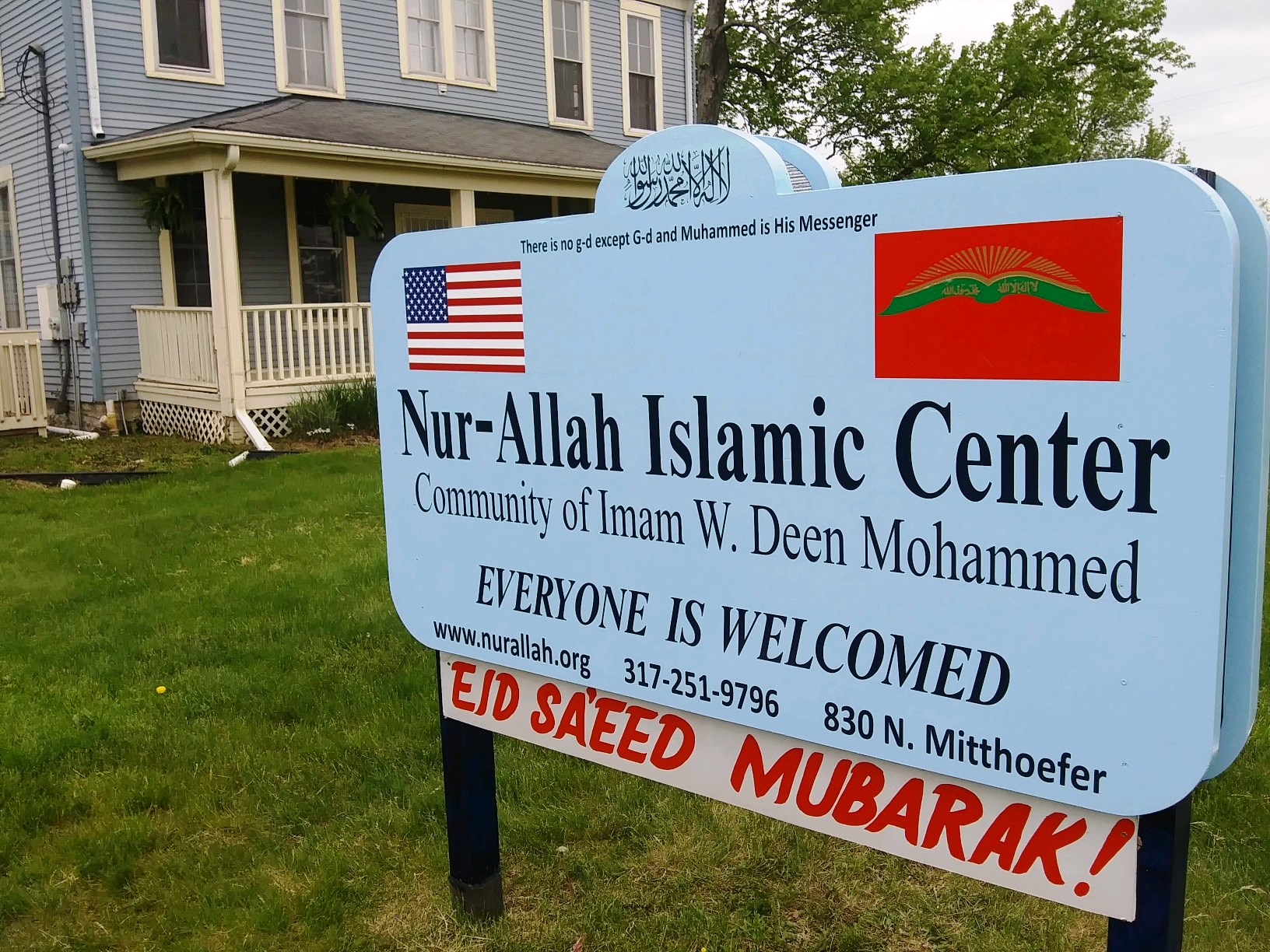 The Indianapolis community first established a “Muhammad’s Mosque” called Muhammad’s Temples of Islam on Indiana Avenue and held meetings at Bradshaw’s Cleaners. The center relocated to the Riverside Neighborhood on the near westside at 29th and Clifton streets in the early 1960s, changing its name to Muhammad’s Temple. Later, circa 1973, #74 was added to its name (not to be confused with Muhammad’s Temple #74 on E. 38th Street). Muhammad’s Temple established business at 23rd and 25th streets and Central Avenue under the leadership of Minister Daniel 2X Green. In December 1971, Minister Daniel tragically was murdered at his home. Minister Jasper X succeeded him and led the Indianapolis Nation of Islam community until 1975.

The Nation of Islam changed with the passing of Elijah Muhammad on February 25, 1975. His son, W. Deen Mohammed, became the leader of this nationwide Muslim organization and urged followers to move away from the racially segregated teachings of his father and towards the world community of Muslims and a universal understanding and practice of Islam. He taught the community to practice the faith following the Qur’an, the book of guidance for all Muslims, and he directed its members to follow the life example of Prophet Muhammed (prayers and peace be upon him). 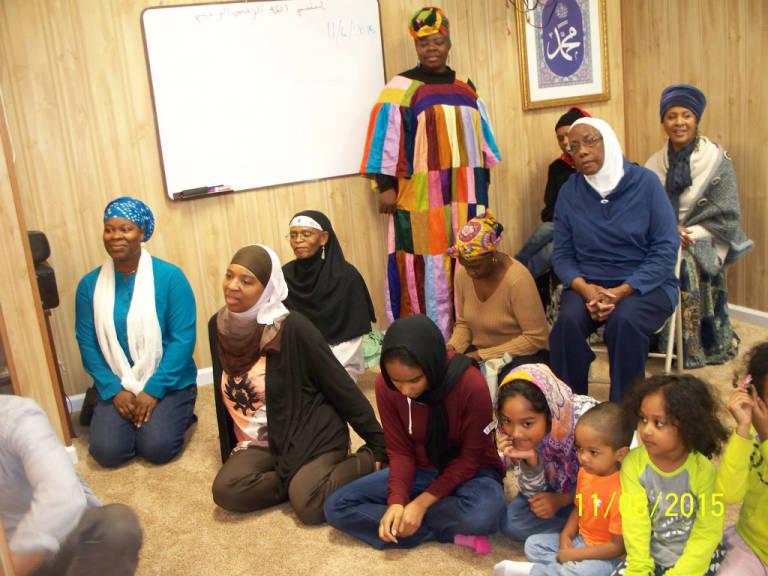 With the Qur’an in hand and no longer restricted by the racial overtones of the Nation of Islam, the Indianapolis Islamic community became actively involved in every facet of civic life locally. The post-1975 Islamic leaders served under the Islamic title “Imam.” They include Yusuf Shah (the former assistant to Elijah Muhammad in Chicago), Wali Bilal of Indianapolis, Muhammad Siddeeq formerly of Tallahassee, FL, and Michael “Mikal” Saahir of Indianapolis.

From 1986-1996 the community was called Daniel Mohammed Islamic Center in recognition of Minister Daniel 2X Green. In 1997 the name was changed to Nur-Allah Islamic Center. Starting in 1975, Nur-Allah moved several times but finally settled at 2040 E. 46th Street in 1992 where it remained for 28 years. 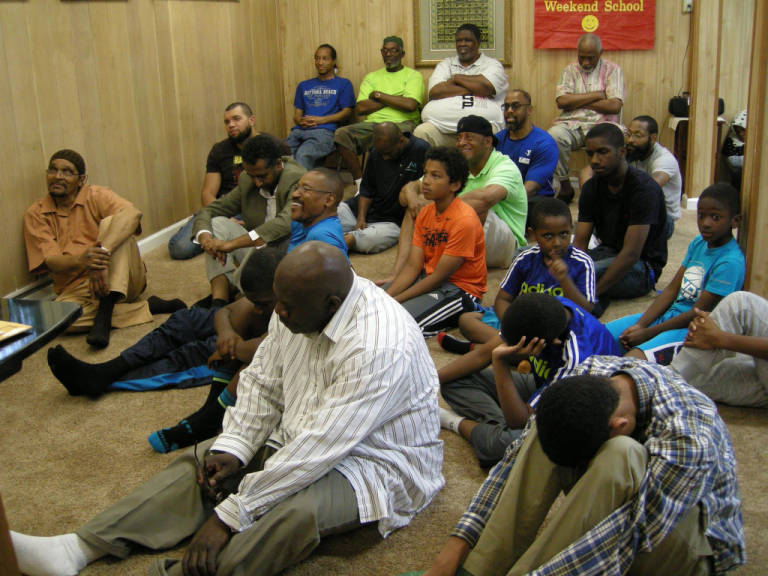 Working with other organizations and groups the Nur-Allah community has remained involved with many activist concerns, ranging from helping families in need to calling for social justice in police-action shootings or resisting the installation of downtown artwork that was reminiscent of slavery.

The Nur-Allah Islamic Center is a vibrant community consisting of productive and dedicated members and families. Many members are leaders in all levels of education, politics, and public service. Our membership includes law officers, firefighters, politicians, businessmen, social workers, as well as members in the medical, legal, and judicial fields. Congressman Andre’ Carson is a member of the Nur-Allah Islamic Center as is Marion Superior County Judge David Shaheed. Two other members, Arturo Rodriguez and Mariama Shaheed, have achieved success in education. Shaheed is the CEO (principal) of an Indianapolis elementary school. Rodriguez is Indianapolis Public Schools’ district-wide Senior Coordinator over “English as a New Language.”

In March 2020, the Nur-Allah purchased a two-story former dentist office and 4.5 acres of land on N. Mitthoeffer Road in Warren Township on the city’s eastside as a place to enable the continued growth and development of Islamic community life in Indianapolis.