By 2020, the city of Indianapolis had hosted the National Collegiate Athletic Association (NCAA) Men’s Division 1 Basketball Tournament’s Final Four 7 times. The city’s ability to attract this prestigious tournament numerous times reflects the community’s successful attempts at marketing itself as a venue for amateur sports and, more recently, the move to Indianapolis of the Ncaa Headquarters. It also demonstrates the suitability of the Indiana Convention Center, the former Hoosier Dome complex, and lucas oil stadium for such events.

Indianapolis’ first Final Four came on March 24, 1980, when Louisville defeated UCLA 59-54 before 16,637 spectators at Market Square Arena. UCLA fell for the first time in 11 Final Four appearances. (The Bruins later vacated their runner-up status due to the inadvertent use of an ineligible player.) The 1980 tournament featured the first 48-team field and the lifting of the two teams per conference limitation.

In its fifth Final Four appearance in six years, Duke beat Kansas 72-65 on April 1, 1991, with 47,185 fans in the Hoosier Dome for Indianapolis’ second Final Four. Duke was coached by Mike Krzyzewski, a former assistant coach under Bob Knight, then the head coach at Indiana University. It was the first of Krzyzewski’s five NCAA championships.

In Indianapolis’ third round of hosting the Final Four, Arizona beat Kentucky by a score of 84-79 in the 1997 Championship Game. Just three years later, Indianapolis hosted the Final Four again, this time playing witness to Michigan State’s victory over Florida in the 2000 Championship Game by a score of 89-76. Both coaches in the game, Tom Izzo and Billy Donovan became legendary figures in college basketball during the 2000s, leading their teams to multiple Final Fours over the course of the decade.

Six years later, Donovan led his Gators back to Indianapolis to claim his first NCAA title. The play of future NBA stars like Al Horford and Joakim Noah dominated as Florida beat UCLA 73-57 in the 2006 Championship Game. This was the last Final Four played in the Hoosier Dome (or the RCA Dome as it was known by that time). 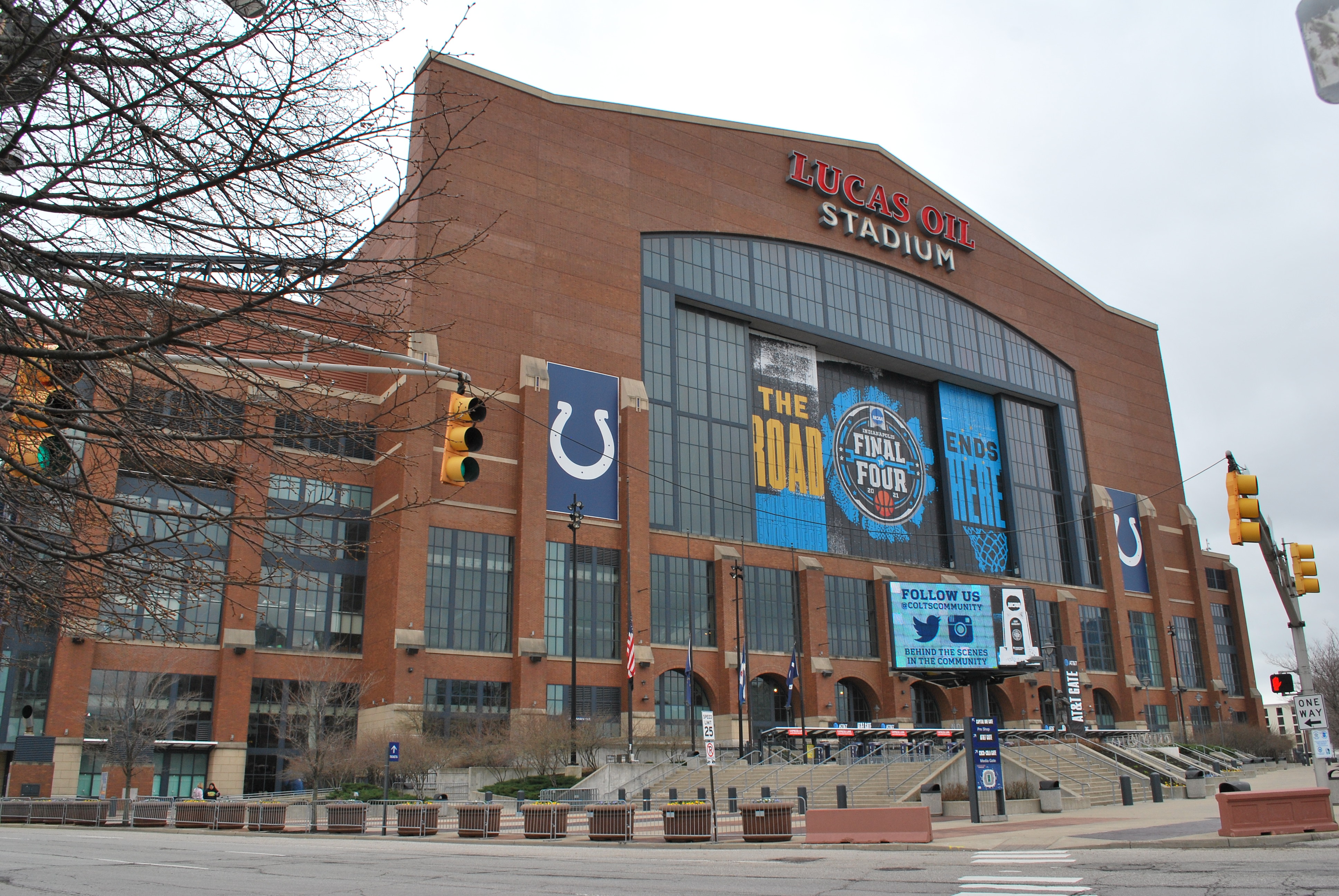 Four years later, Indianapolis hosted its sixth Final Four. This tournament proved to be unique as the 2010 Final Four brought about arguably one of the most legendary moments in the city’s sports history. The hometown Butler Bulldogs, coached by Zionsville native Brad Stevens and led by local players like Gordon Hayward, made a Cinderella run to the championship game where they faced the Duke Blue Devils, still coached by Krzyzewski. Duke claimed the title by two points after Hayward’s desperate half-court heave clattered off the rim as time expired. This was Krzyzewski’s fourth NCAA title. The run to the title game also proved to be a legend-making experience for Stevens, who later became coach of the professional Boston Celtics, as well as for Butler, which made a second consecutive title game the next year.

In 2015, Indianapolis once again saw Krzyzewski led his Blue Devils to his fifth title. During this Final Four’s Championship Game, Duke, driven by the play of freshman Jahlil Okafor, beat the Wisconsin Badgers 68-63. This was the second NCAA Final Four to be hosted in Lucas Oil Stadium. 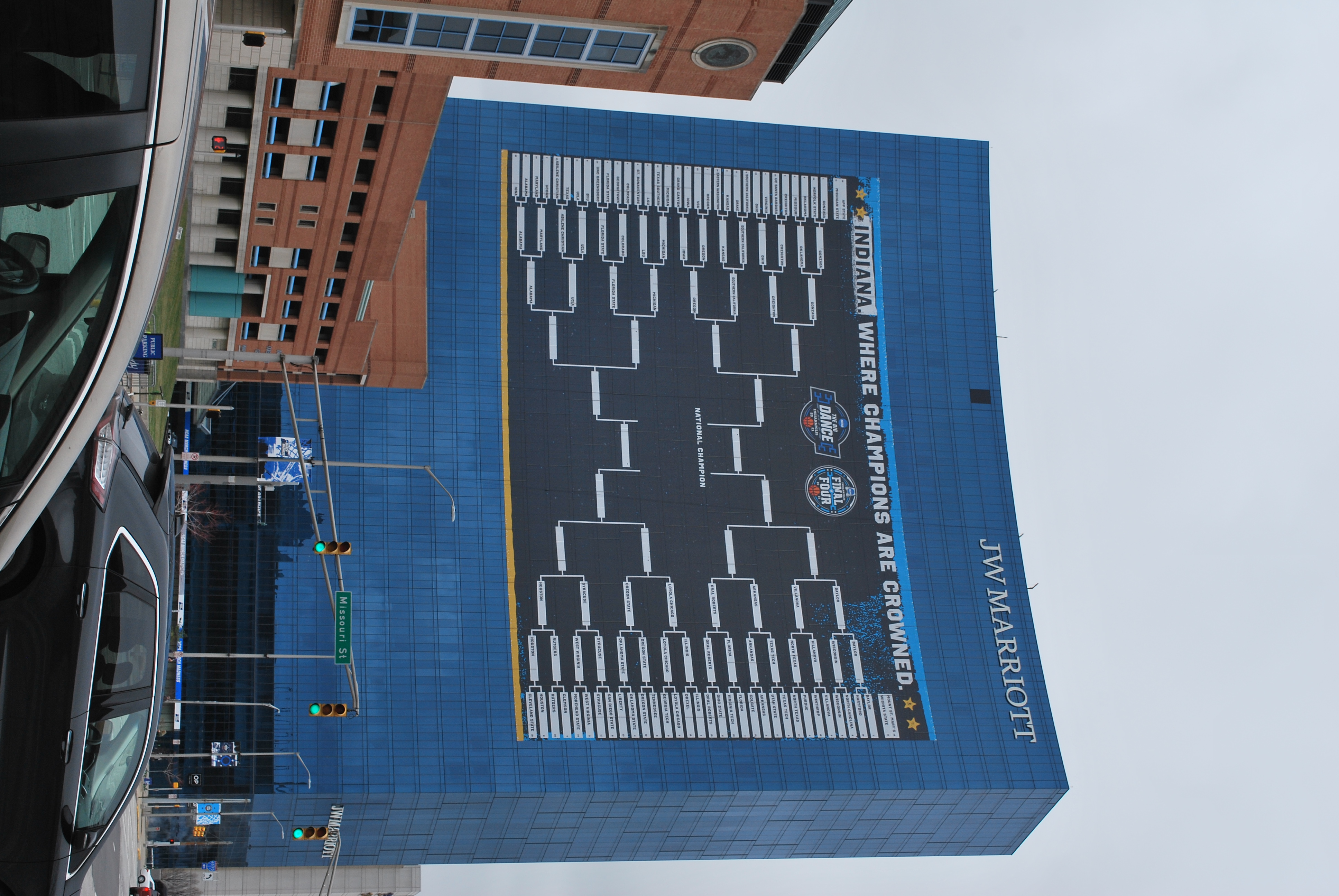 Indianapolis hosted the NCAA Final Four again in 2021 as part of an agreement to play this role every five years until 2040. Built on the preexisting partnership between the city and the NCAA, the 2021 tournament, however, was shifted entirely to Indianapolis in the wake of the COVID-19 pandemic. After losing out on approximately $1 billion in revenue following the cancellation of the 2020 tournament, the NCAA planned a suitable and safe way to host the following year’s event. The organization determined Indianapolis (with its numerous nearby basketball arenas) could host all 68 teams in an environment approximating the “bubble” experience that the NBA undertook for its 2020 playoffs at Walt Disney World.

During the pandemic, creating a bubble for sports tournaments effectively involved any participants in the events of or those around the tournament (players, coaches, support staff, media members, event staff, etc.) isolating in designated in hotels with zero to little interactions with the public. Bubbles required those inside them to isolate for a week or two before arriving and take frequent COVID-19 tests to ensure there was no virus transmission on-site. 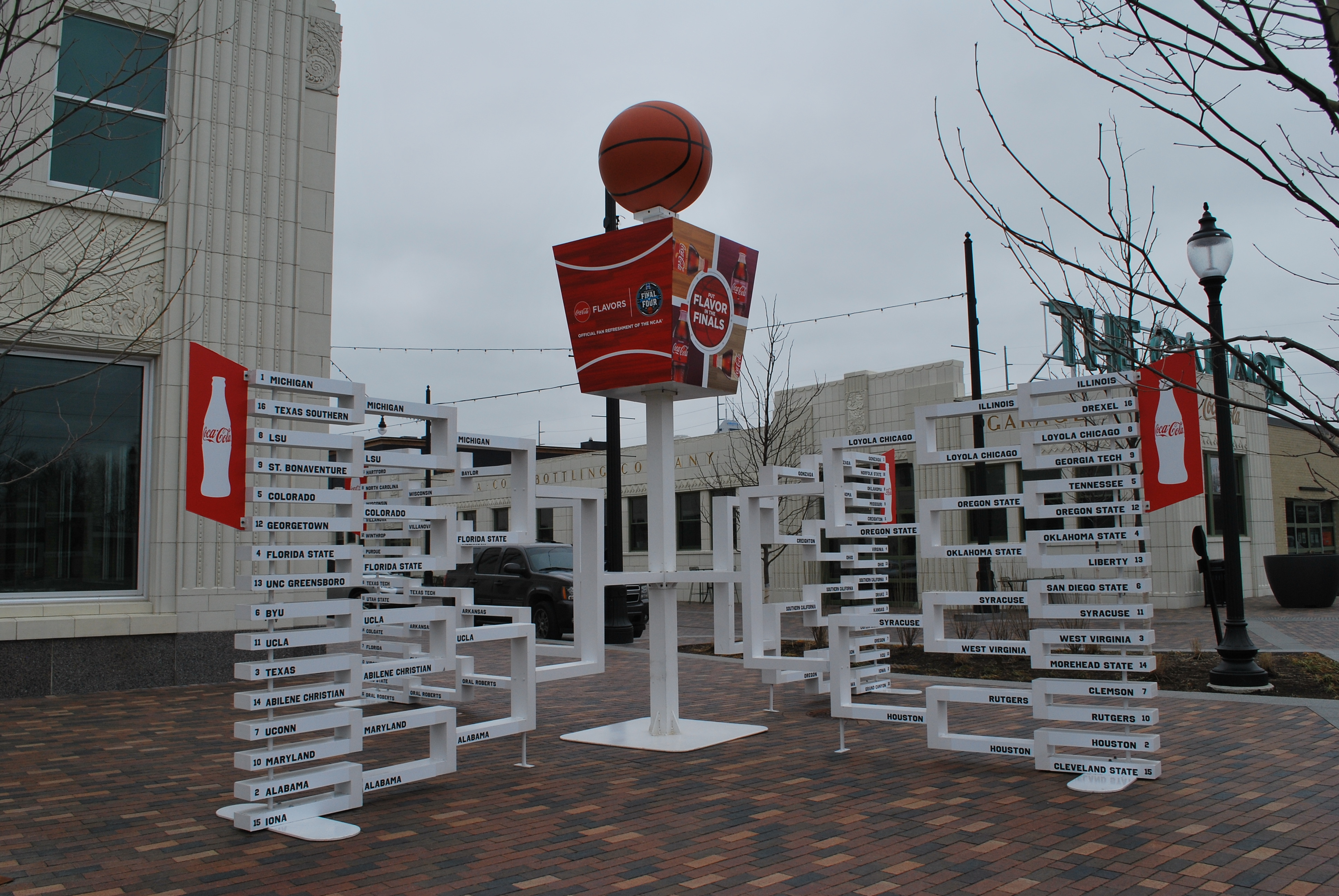 The Circle City-hosted 2021 tournament culminated in a Final Four made up of the Baylor Bears, the Houston Cougars, the UCLA Bruins, and the heavily favored, top-seeded, and undefeated Gonzaga Bulldogs. Gonzaga sought to finish the tournament by completing the first undefeated NCAA men’s basketball season since 1976 when Indiana University beat UCLA, but it lost to Baylor, 86-70.

NCAA Headquarters and Hall of Champions

The NCAA Headquarters moved from its longtime home in ...Read More »