Organized initially to protect expanding settlements in the Northwest Territory, the militia played a significant role in the development of Indiana and its communities.

The state’s first constitution (1816) declared all white males ages 18 to 45 members of the militia. With the removal of Native Americans across the Mississippi River by the 1830s, the perceived threat to local settlements passed, and interest in the militia disappeared.

From the 1830s to 1860, Indiana, like many states, maintained a dual militia system. Adult males were obligated to serve in an organized district militia. Following 1842, however, state law permitted males to volunteer in “independent companies.” Although some men still met for organized musters in Indianapolis into the 1840s, only the independent companies remained viable. They were usually small infantry units, 20 to 40 members, and always uniformed, which the organized militia was not. Stylish uniforms, regular meetings, and occasional commissions from the governor ensured the continuation of these companies. Two such groups, the Marion Guards (1837) and the Marion Riflemen (1842), lasted longer than most independents, surviving until 1845 and serving as a core for future military recruitment.

Following the Mexican War (1846-1848), interest in military affairs faded briefly. No militia existed in Indianapolis until the City Guards (1852) and Mechanic Rifles (1853) were established. The late 1850s witnessed a renewed interest in militia organizations with the formation of the National Guards (1856), the City Greys and the City Greys Auxiliary Company (1857), and the Marion Light Dragoons (1858), the only cavalry unit in Indianapolis. With the organization of the Independent Zouaves and the Zouave Guards by 1860, there were over 300 active militiamen in Indianapolis. Each unit was independent of state control and possessed its own drill hall and uniforms.

At the beginning of the Civil War in April 1861, local units (except for the City Greys, which consisted of men beyond military age) became part of General Lew Wallace‘s elite Indiana Zouaves, the 11th Indiana Volunteer Infantry. In May 1861, the General Assembly created additional regiments for state service and passed the Militia Act, which divided the militia into the active and sedentary militia, or those males subject to serve.

The active militia, which included volunteers in recognized companies, became the Indiana Legion, a name that was retained until 1895 when it became the Indiana National Guard. During the summer of 1861, enthusiasm in Indianapolis ran high, and large numbers enrolled in the Legion. Lacking sufficient arms and equipment, many units disbanded with some individuals entering federal service.

The Legion languished until July 1863, when Confederate cavalry leader General John Hunt Morgan crossed the Ohio River and began his famous Indiana raid. Governor Oliver P. Morton mobilized the Legion, with Indianapolis furnishing 20 companies. Only three companies left Indianapolis for the field, skirmishing with the enemy and advancing as far as Batavia, Ohio, before returning home to be mustered out after several days of excitement. Morgan’s Raid proved to be a great stimulus for recruiting. After July 1863, the Legion was large enough that Marion County was divided into an Indianapolis regiment and a county regiment. The Indianapolis regiment contained 24 companies and provided most of the men for the 132nd Indiana Volunteer Infantry in May 1864.

Although the Civil War was followed by declining interest in militia activities, the adjutant general reported in 1870 the formation of the independent Emmett Guards and Company A, Indianapolis National Guards, both of which joined the Indiana Legion in the 1880s. These small militia units, however, proved valuable during the labor unrest of the 1870s. During the Railroad Strike Of 1877, nine companies of volunteer militia were mustered and served for five weeks, helping to keep the peace throughout the state. Five companies were commanded by former Civil War officers, including former general and future president Benjamin Harrison.

Seeking to modernize the militia in 1895, the General Assembly approved the reorganization of the Indiana Legion as the Indiana National Guard, which retained the original dual militia system. As tensions mounted with Spain over its oppression of Cuba, local interest in the new National Guard peaked. After the United States declared war on Spain in April 1898, the second regiment became the 158th Volunteer Infantry Regiment. Indianapolis furnished three companies of infantry and one battery of field artillery.

The local infantry companies never left the country, however. The old Curtis Artillery battery, which went to Puerto Rico, was the only Indiana National Guard unit to serve on foreign soil. Despite a constitutional ban on black Americans in the militia, Indianapolis had two independent African American companies in existence from the mid-1880s which sought inclusion in the Spanish-American War and became the nucleus for two separate companies of the Guard. 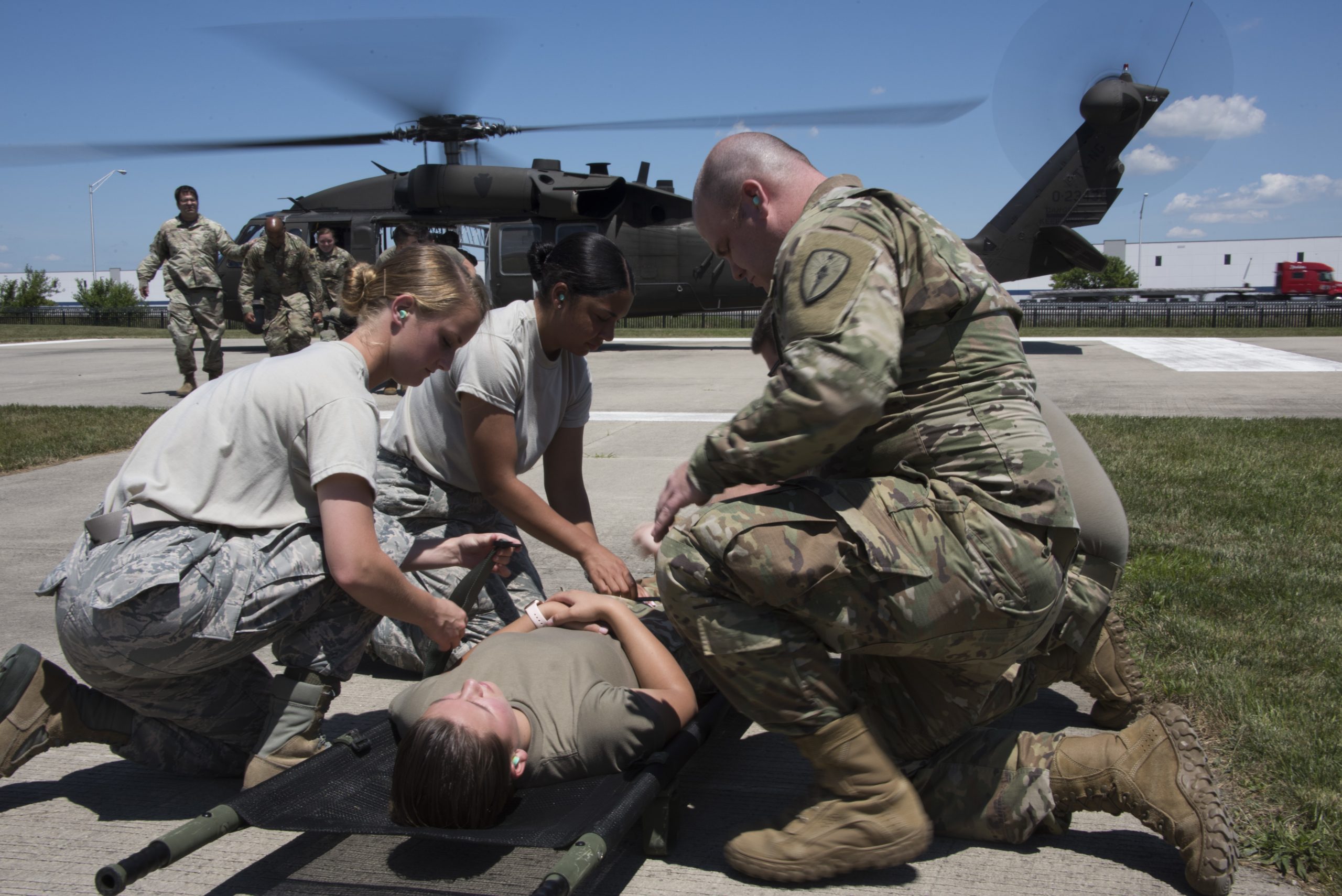 The National Guard revitalized quickly after the war. Following a devastating storm and accompanying floods in March 1913, four Guard companies aided flood victims and operated a field hospital in Indianapolis. In November, they mobilized in response to the Indianapolis traction workers strike. The Guard’s greatest moment in the spotlight came in June 1916, when President Woodrow Wilson federalized the Indiana National Guard and ordered it to the Texas-Mexican border to protect the United States against raids by Mexican revolutionaries. (The National Defense Act of 1916 had more formally integrated state guards into the federal defense establishment.) Although they saw no action, three infantry companies, one artillery battery, and one signal company from Indianapolis spent the winter in Texas before returning home in April 1917. Within the month, the United States entered World War I, whereupon the Guard was federalized again.

With the post-World War II professionalization of U.S. armed forces and reorganization of the National Guard, the importance of the “citizen-soldier” was somewhat diminished. As provided by Article 12 of Indiana’s 1851 constitution, however, the non-enrolled, able-bodied manpower of the state remains a potential source of local defense and disaster relief.