(Feb. 9, 1941-Sept. 11, 1992). An Indiana University graduate, Carroll earned a master’s degree in urban planning from the University of Illinois. In 1964, he joined the Indianapolis Metropolitan Planning Department, where he held posts as an assistant planner, deputy director, and director. He also served as the director of the Indianapolis Model Cities Program.

From 1970 to 1976 Carroll was a deputy mayor, playing a key role in securing public and private funding for the construction of MARKET SQUARE ARENA and Merchants Plaza and the renovation of City Market. Later, he was state director and special assistant to senators Richard Lugar and Dan Quayle. Carroll had a long involvement with Republican Party politics. An initial bid for public office in 1982 resulted in a loss to incumbent Democratic Congressman Andy Jacobs Jr.

After serving as vice president for corporate development at James Associates, Architects, and Engineers, in 1984 Carroll became vice president for community development at lilly endowment, inc. Carroll was active in civic affairs, serving on the board of directors for the Greater Indianapolis Progress Committee, the Indianapolis Convention And Visitors Association, and the Catholic Youth Organization (CYO). He was board president of CYO, which honored him with its St. John Bosco Medal in 1984. 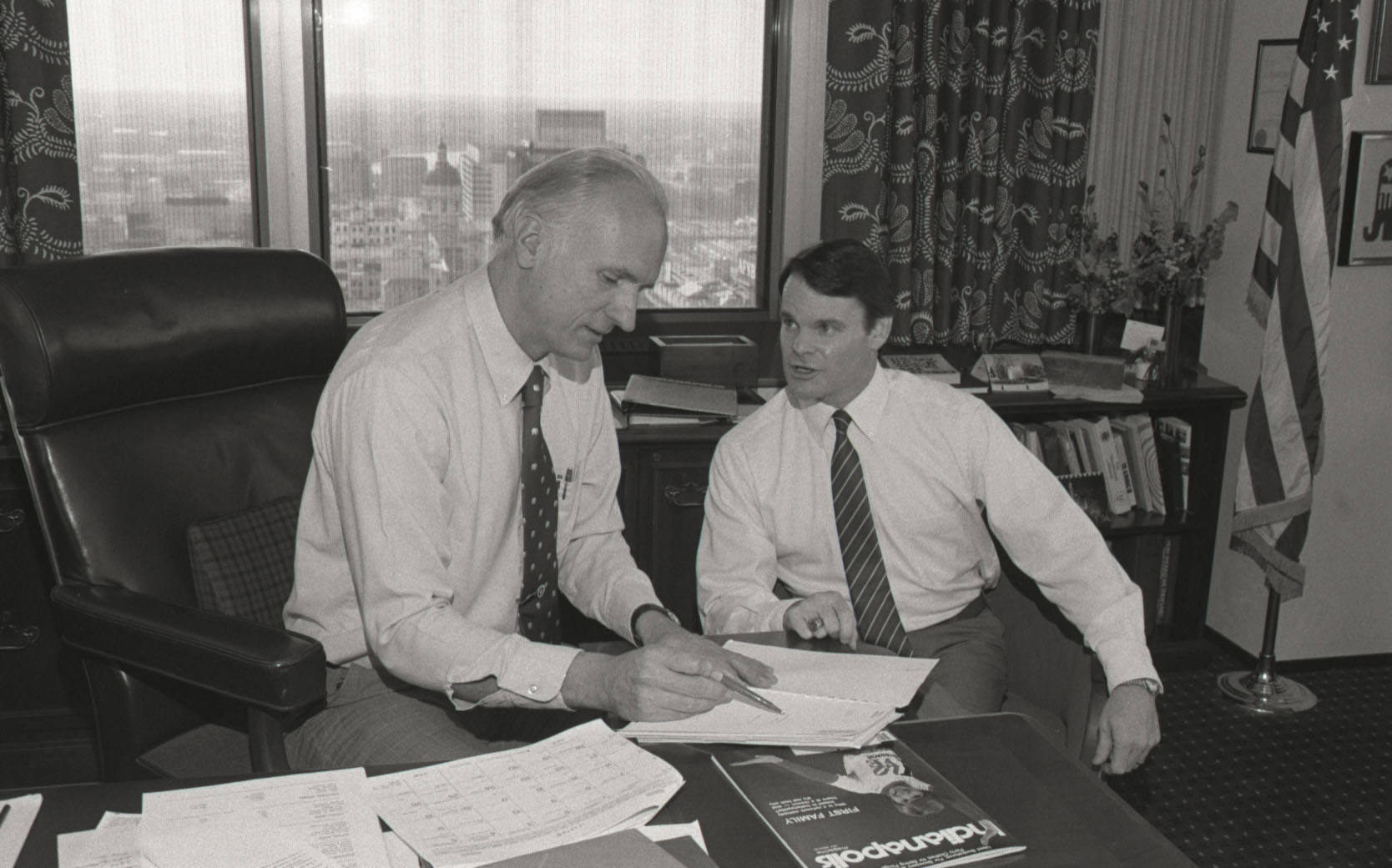 Carroll was one of four Indianapolis civic leaders who died on September 11, 1992, in a mid-air collision in southern Marion County. The four men—Frank E. Mckinney Jr, Robert V. Welch, John R. Weliever, and Carroll—were traveling to AmeriFlora ’92 in Columbus, Ohio, to investigate ideas for the development of White River State Park in Indianapolis.

In acknowledgment of the vital role he played in the renaissance of Indianapolis in the 1970s, 1980s, and early 1990s and his passionate commitment to the betterment of the community, the Indianapolis Business Journal established the Michael A. Carroll award in 1993. The award is given in Carroll’s memory each year to an exceptional community leader who has made significant contributions to Indianapolis’ quality of life. Michael A. Carroll Stadium at IUPUI is named in his honor.