Located just north of the White River, Meridian Hills, bounded by Williams Creek, College Avenue, 71st and 64th streets, and Spring Mill Road, originated as an incorporated town in 1937. Its earliest residents settled the area in the 1820s. James Bonnell, in 1822, was granted the land that is now to the south and west of Marott Park, Williams Creek, and a tributary of the White River; to the east of College Avenue; and to the north of 71st Street. Seven years later, he acquired more land between present-day Spring Mill Road and Meridian Street and north of 64th Street. Both parcels became part of what was known as the Van Scyoc farm for most of the 19th century. Pharmaceutical industrialist J. K. Lilly Sr. purchased land in the Meridian Hills area at 71st Street and College Avenue in 1896 to establish an orchard. The oldest existing house in the town was built in 1895. 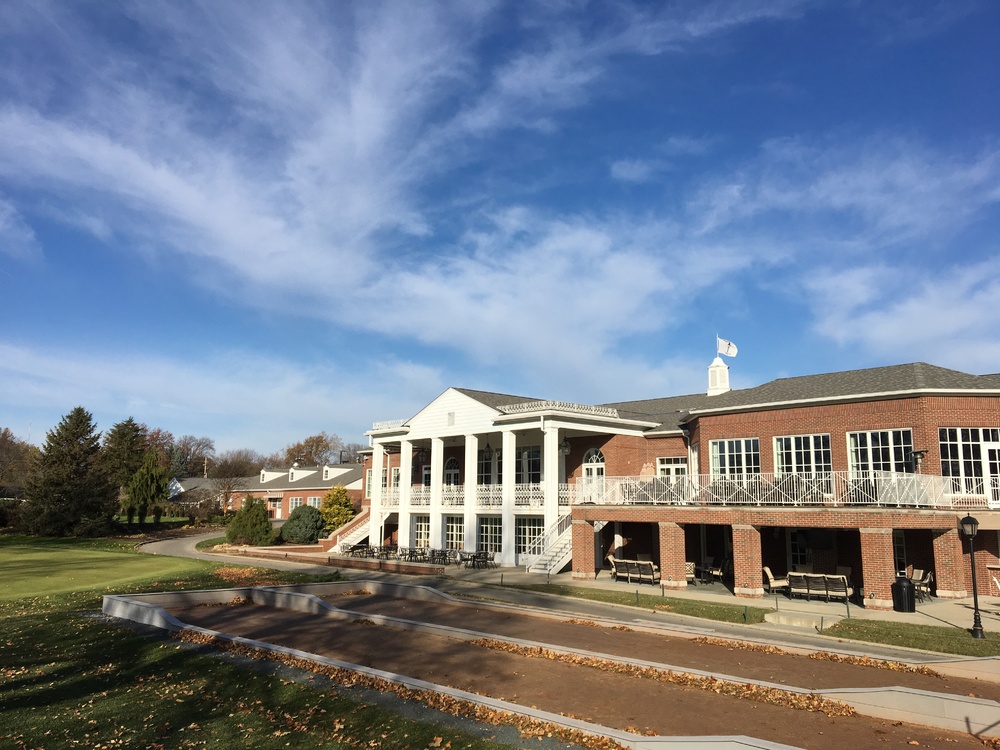 Residential development of the area began as early as the 1890s. During the late 19th and early 20th centuries, some affluent families built homes in the countryside to escape Indianapolis taxes and traffic. Wellington Heights, an early Meridian Hills neighborhood carved out of parts of the Van Scyoc farm, was subdivided in 1923 by Oscar Schmidt, and a model Colonial-style home was the first built there in 1924.

The area includes the Meridian Hills Country Club, which was built in 1924-1925. In addition, Meridian Hills sits has close to Holliday Park on its southern border. The 80-acre property was deeded to the City of Indianapolis by Indianapolis News founder John H. Holliday and his wife Evaline in 1916, and it became a part of its park system in 1932.

Until the construction of the Meridian Street bridge over the White River in 1933-1934, much of the Meridian Hills area remained undeveloped, and it had no business district. Residents wanted to keep it that way. They voted for incorporation in 1937, seeking stricter Zoning laws to keep out nonresidential development. An eastern part of the Van Scyoc farm included in the incorporation was subdivided as Sherwood Village in the 1940s.

Since incorporation, the town has been governed by a three-member council consisting of a president and two members elected to serve four-year terms. Meridian Hills Country Club serves as an unofficial town hall and a meeting place for the council among other functions. The Lilly apple barn, at times, served as a second gathering place for public meetings.

In 1937, the area included about 80 homes and 200 hundred residents. The population grew to over 400 by the 1950s. This growth led to sewage problems. The town approached the Indianapolis Board of Sanitary Commissioners asking if it could hook to sewers that were part of a proposed sanitary district without being annexed. But in 1953, this request led to passage of a City-County Council ordinance calling for annexation by Indianapolis, which Meridian Hills residents strongly opposed. A four-year battle ensued, but the town finally won and retained its independence.

During this same era, the zoning board opposed several religious organizations that wanted to build in Meridian Hills. The town granted its first building permit for a church building to Second Presbyterian Church but successfully fought its proposal to construct a bridge over Williams Creek that would have provided access from Illinois Street. The congregation’s first services in its new building on North Meridian Street took place in 1959. The zoning board also delayed construction of First Congregational Church, which was built on North Pennsylvania Street in 1957-1958. The Indianapolis Hebrew Congregation (IHC) owned land where Meridian Hills had wanted to put its own sanitary sewers, just north of the White River on Meridian Street, but when that idea was abandoned, the town allowed IHC’s plans for a synagogue there to move forward. It opened in 1958. 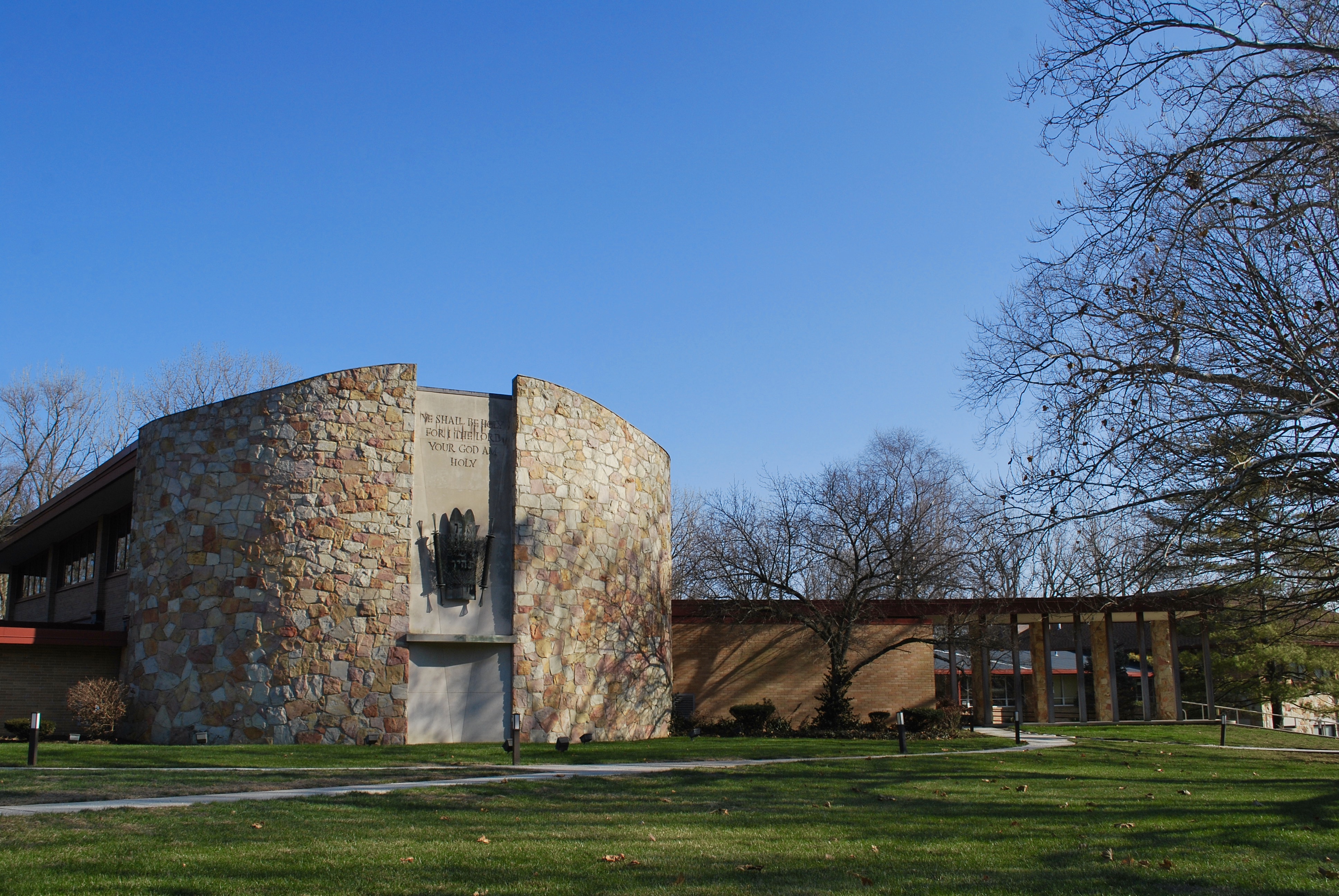 The town zoning board denied St. Luke’s Catholic Church’s request to build a new church, rectory, and school on North Illinois Street in 1959. This case eventually went to the Indiana Supreme Court, which ruled in favor of St. Luke’s in February 1961. The church and school opened later that year.

In the mid-1960s, the Lilly family donated the property that J. K. Lilly Sr. had purchased for his orchard to Park School, a private school for boys. It opened as Park School in 1967, but three years later, it became Park Tudor School upon merging with Tudor Hall, its Indianapolis counterpart for girls. 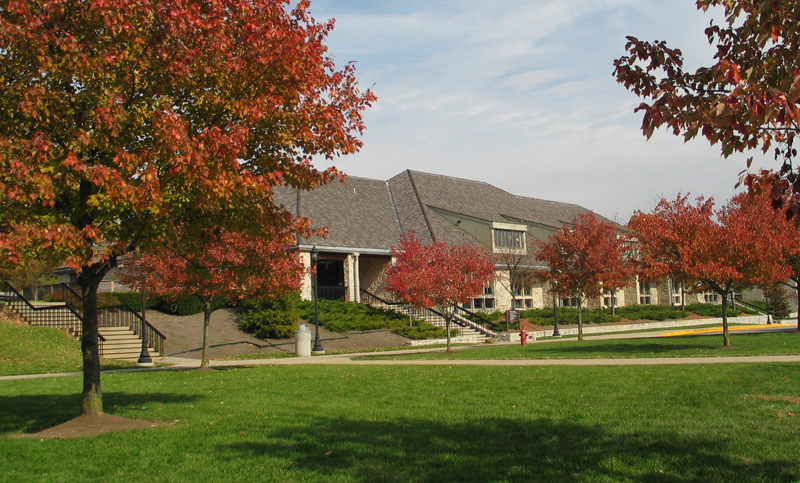 With the implementation of Unigov in 1970, Meridian Hills became an Included Town. As such, it retains its governmental status, levies property taxes, and provides local services. In 2015, the town established a historical society to collect and preserve its history. Meridian Hills continues to be a quiet enclave of upper-middle-class homes, alongside its religious institutions that have become integral to the community.