Medicine was taught by the preceptor (apprenticeship) system in Indiana throughout most of the 19th century. The state’s first successful medical school commenced in 1841 at La Porte, and existed until 1856. Its graduates included William Henry Wishard, father of William Niles Wishard Sr., for whom Wishard Memorial Hospital is named; William Mayo, who would later found the Mayo Clinic in Minnesota; and William Lomax, whose bequest would provide for construction in 1895 of a modern medical school building. The Lomax Building, located on Senate Avenue at the northwest corner of Market Street, was variously the home of Indiana University School of Medicine (1908-1918), the State Board of Health, and the State Highway Commission. It was razed in 1961. 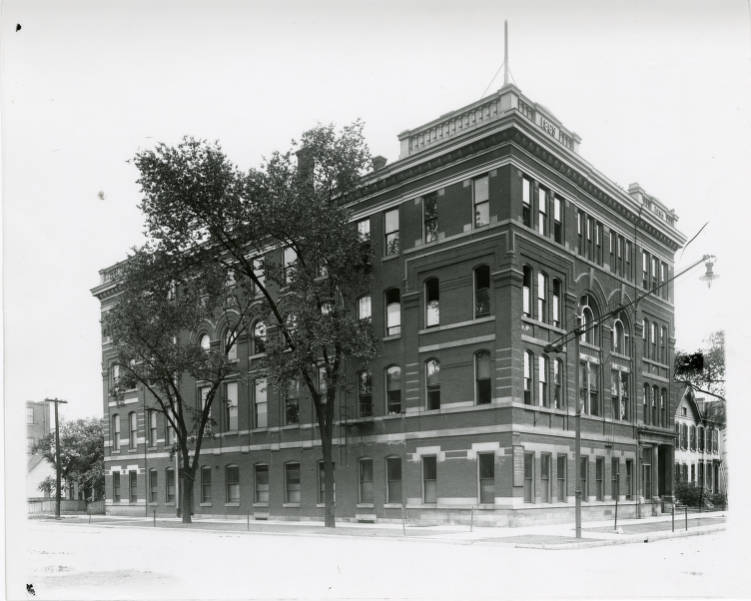 There were no medical schools in Indiana between 1852 and 1869. Bobbs and others launched a more successful school in 1869, the Indiana Medical College. Its initial session was held in the old State House, and following sessions were held in a building that existed until 1969 at the northwest comer of Delaware and Court streets. An early graduate of this Delaware Street school (1871) was Harvey W. Wiley, author of the U.S. Pure Food and Drug Act.

In 1874, dissident faculty members from Indiana Medical College established the College of Physicians and Surgeons. The two schools reunited in 1878 under the name Medical College of Indiana. Its location, until the construction of the Lomax Building, was the northeast corner of Pennsylvania and Maryland streets.

Indiana University began developing a medical school in 1903, achieving an excellent program for the first two years—the basic science years. By incorporating the teaching staff of the Indiana Medical College into its program, Indiana University created a four-year program, one of the few in the nation to receive praise in the 1910 Flexner report on medical education. (See Indiana University School Of Medicine.)

Despite competition to establish a second medical during the 1960s in the midst of fears of a doctor shortage, IUSM remained the only one in Indiana throughout the rest of the twentieth century. In 2010 this situation changed when Marian University founded its College of Osteopathic Medicine with a $48 million donation from Michael Evans, CEO of AIT Laboratories of Indianapolis. The initial class included 162 students and began taking classes in August 2013. Accredited by the American Osteopathic Commission on Osteopathic Accreditation, graduates from the Marian University school receive the Doctor of Osteopathic Medicine, D.O., the first such offering in the state.