(Feb. 11, 1886-July 29, 1959). Bostwick was born in Denver, Colorado. After dropping out of high school, she got her start in journalism in 1903 at the Denver Post, known for its lurid crime news and the stunts and crusades of its star women reporters. There she covered the police beat and wrote humorous features. Around 1912 the publishers of the Post sent her to bolster their struggling Kansas City Post. 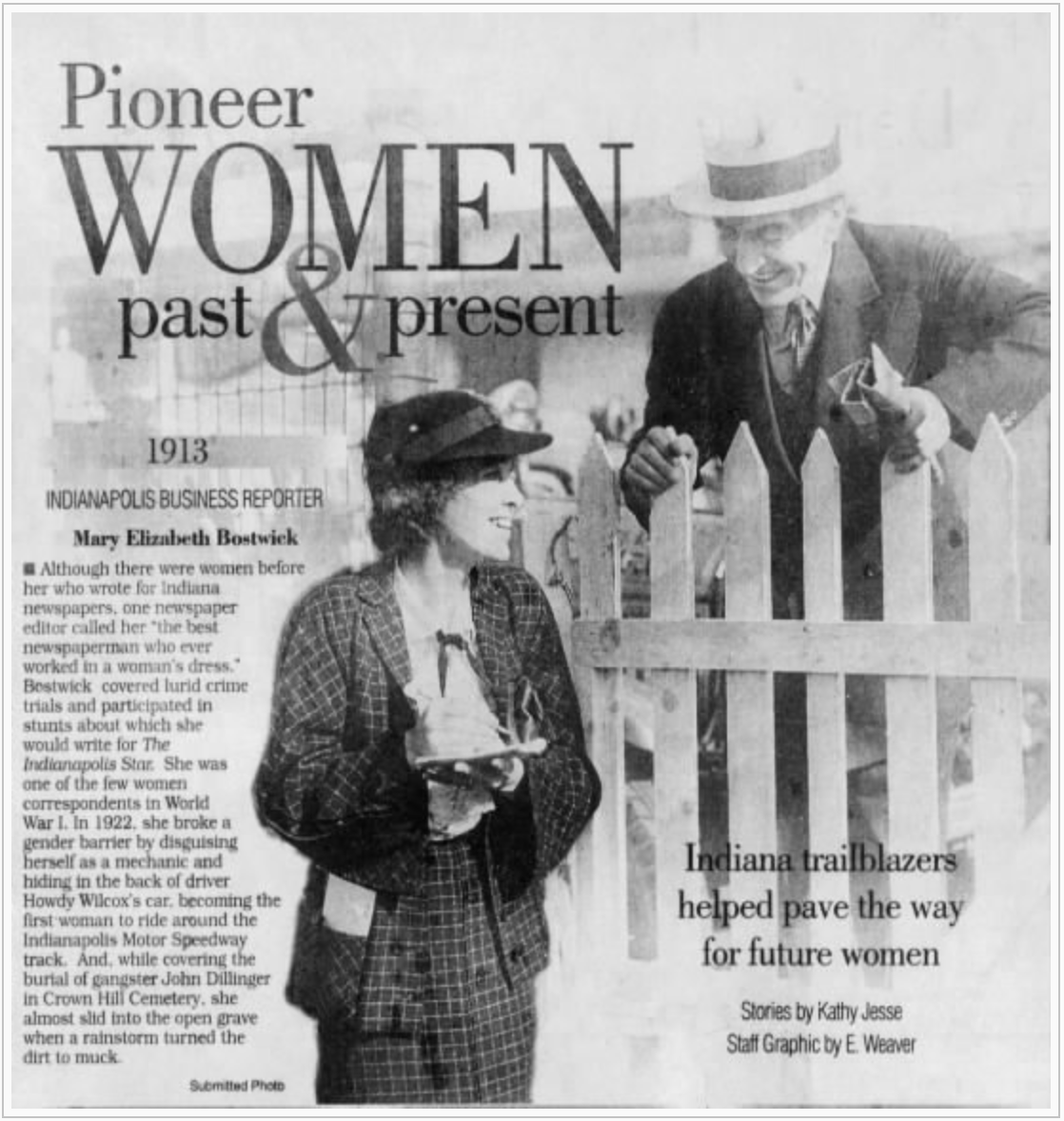 Mary Elizabeth Bostwick was honored in this March 2001 article for her trailblazing efforts for women in crime reporting.
Credit: IndyStar
View Source

Soon afterward she took a job at the Indianapolis Evening Sun and worked on one of the biggest news events of the decade, the 1913 flood. She also reported many sensational trials of the day with dramatic and emotional flair. In 1914, she went to work for the Indianapolis Star where her byline was a staple until her retirement in 1958.

Bostwick was among the few women correspondents of World War I On leave of absence from the paper, she joined Base Hospital No. 32 in Contrexéville, France, as a stenographer. A series of articles on her experiences ran on the front page of the Star in August 1918. 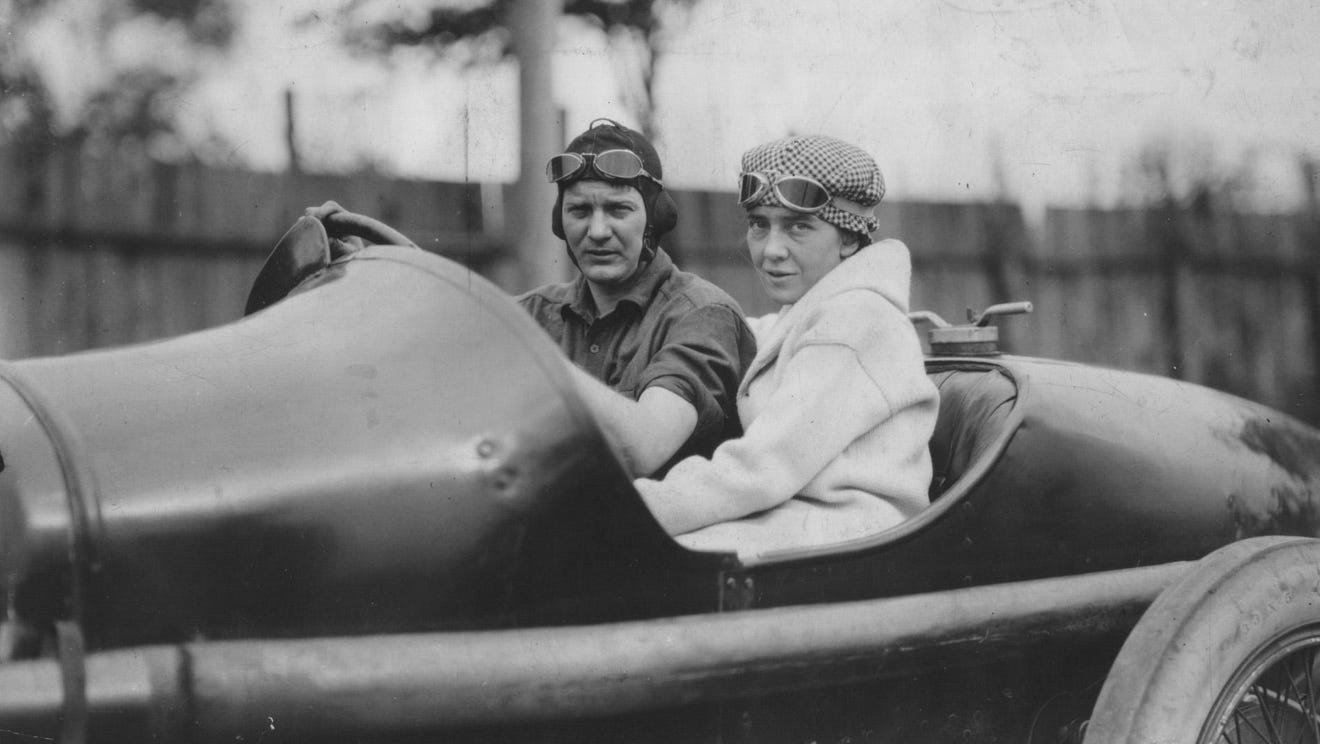 Mary Bostwick, seen here with Howdy Wilcox in 1922, was the first woman to ride in a race car on the Indy Motor Speedway at racing speed (110 mph).
Credit: IndyStar
View Source

During the 1920s she became a stunt reporter. Disguised as a mechanic in a car driven by Howdy Wilcox, she was the first woman to ride in a race car during practice for the Indianapolis 500-Mile Race. Her stories about flying and sometimes crashing— in dirigibles, hot air balloons, gliders, and open-cockpit planes were avidly followed. In the 1930s and 1940s, she continued to cover most major trials and wrote a daily column called “Last Page Lyric” in which she composed a little rhyme about an event in the day’s news.

She was named to the Indiana Journalism Hall of Fame in 1993. 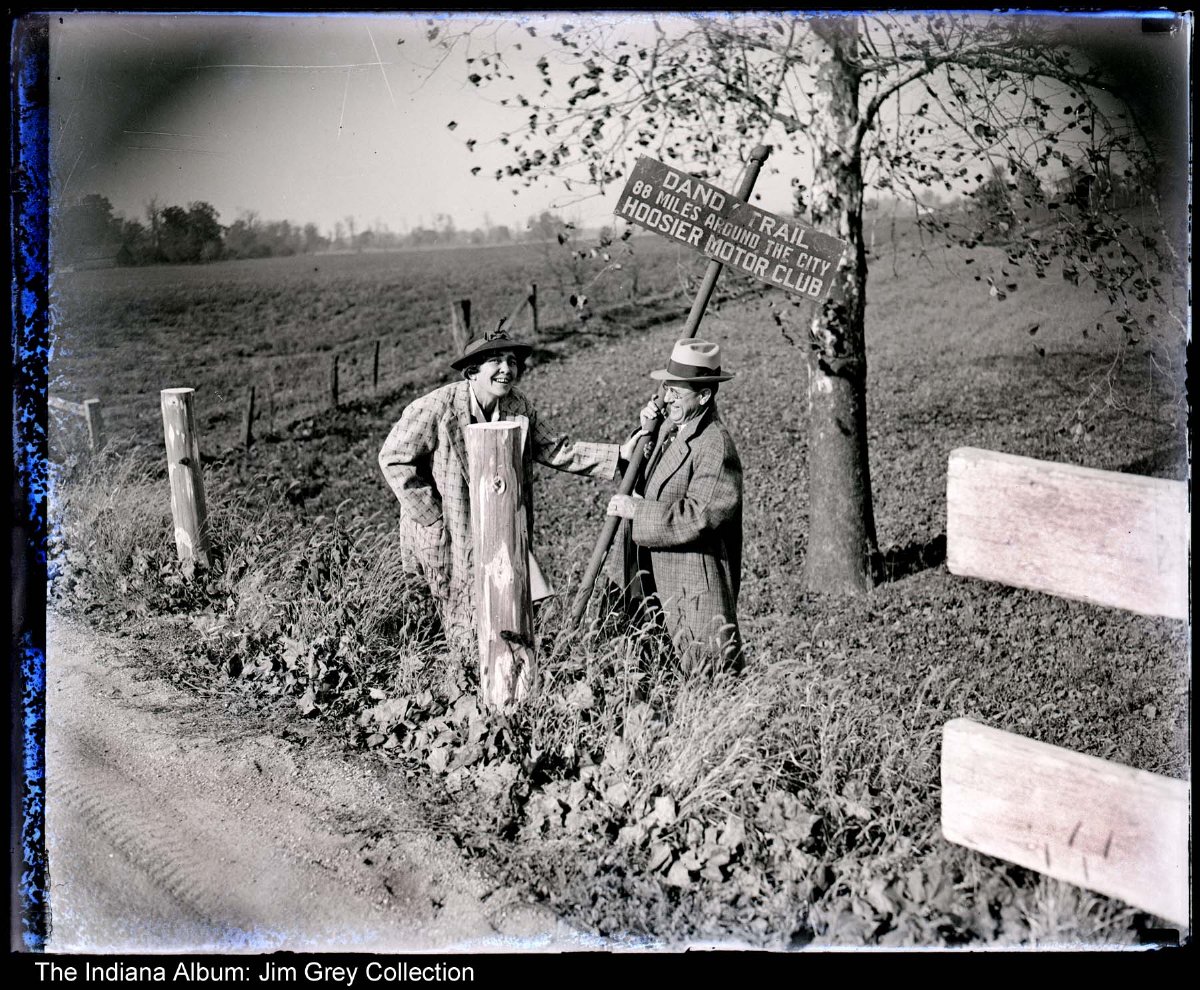