(Nov. 30, 1910-May 7, 1977). Marjorie Viola O’Connell Jackson was killed with a.22 caliber rifle during a burglary of her residence on May 7, 1977. A recluse since the 1970 death of her husband, former Standard Grocery Company president Chester H. Jackson, she had withdrawn her entire fortune, totaling $9 million, from Indiana National Bank by May of 1976 and kept the cash scattered throughout her home at 6490 Spring Mill Road.

Chester Jackson became president of the Standard Grocery chain in 1931 following the murder of his father and store founder, Lafayette Andrew Jackson. The grocery chain had expanded to more than 250 stores around Indianapolis and surrounding cities. In 1947, Chester Jackson sold the chain to the National Tea Company. Jackson reinvested his money, $14 million in coal stocks, $5 million in municipal bonds, and other smaller investments. The Jackson estate amounted to $25 million.

Marjorie O’Connell was working at Murphy’s five-and-dime store in downtown Indianapolis when she met Chester Jackson. Jackson was still married to his first wife at this time but pursued an affair with O’ Connell for several years. In 1952, Jackson and O’ Connell married. 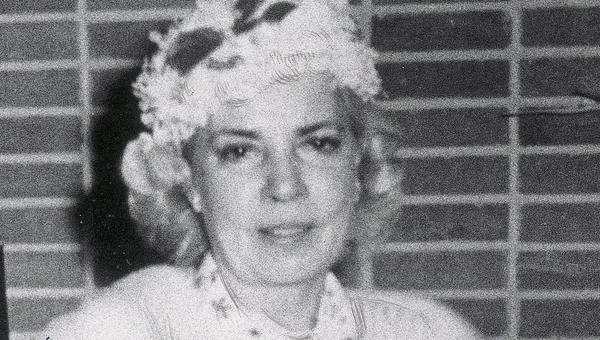 After Chester’s death, Marjorie inherited an estimated $14 million (nearly $94 million in 2020) and deposited most in the Indiana National Bank. Previous to his death, Chester had begun stashing his money in the couple’s home due to a distrust of the Internal Revenue Service.

In 1976, following a bank employee embezzled $700,000, Jackson began to withdraw her money. Often, she would appear at the bank and demand upwards of $1 million at a time, taking the money home in grocery bags and suitcases. Over four months, she withdrew all her money, nearly $8 million.

She hid the money all over her house. This included some in neatly wrapped packages with tags that read “To Jesus Christ from Marjorie Jackson” and “To God from Marjorie”.

Jackson was robbed of $800,000 in cash and jewelry on May 16, 1976, but refused to press charges when the suspects were arrested. Three men were later prosecuted in connection with this robbery. On May 2, 1977, Howard Willard and Manuel Lee Robinson robbed Jackson of approximately $160,000. They returned two days later, apparently surprising and then killing her. The two men started a fire, which evidently smoldered for some time, in an unsuccessful attempt to conceal their crime. Jackson’s body was eventually discovered when firemen were summoned. Police found $5 million in cash in the home and eventually recovered several million dollars after the robbery.

Within a month authorities arrested Willard and Marjorie Pollitt, his former wife, in Tempe, Arizona, attempting to buy a motor home with money from the robbery. Willard was subsequently convicted of Jackson’s murder and sentenced to life in prison. Arrested while purchasing a new car with robbery money, Robinson was found not guilty of murder and armed robbery but convicted of six counts in connection with the crime. Pollitt was convicted of conspiracy to transport stolen money interstate and sentenced to five years. Much of the money stolen was recovered, but some reports suspect that a large sum of missing money was stolen by an FBI agent who was working the case.

The Jackson home remained vacant and neglected for many years, a continual reminder of the tragic death of the eccentric woman who lived there with a fortune in cash.