Opened in August 2008, Lucas Oil Stadium (LOS), located at 500 Capitol Avenue, is a multifunctional facility that serves as the current home of the Indianapolis Colts. 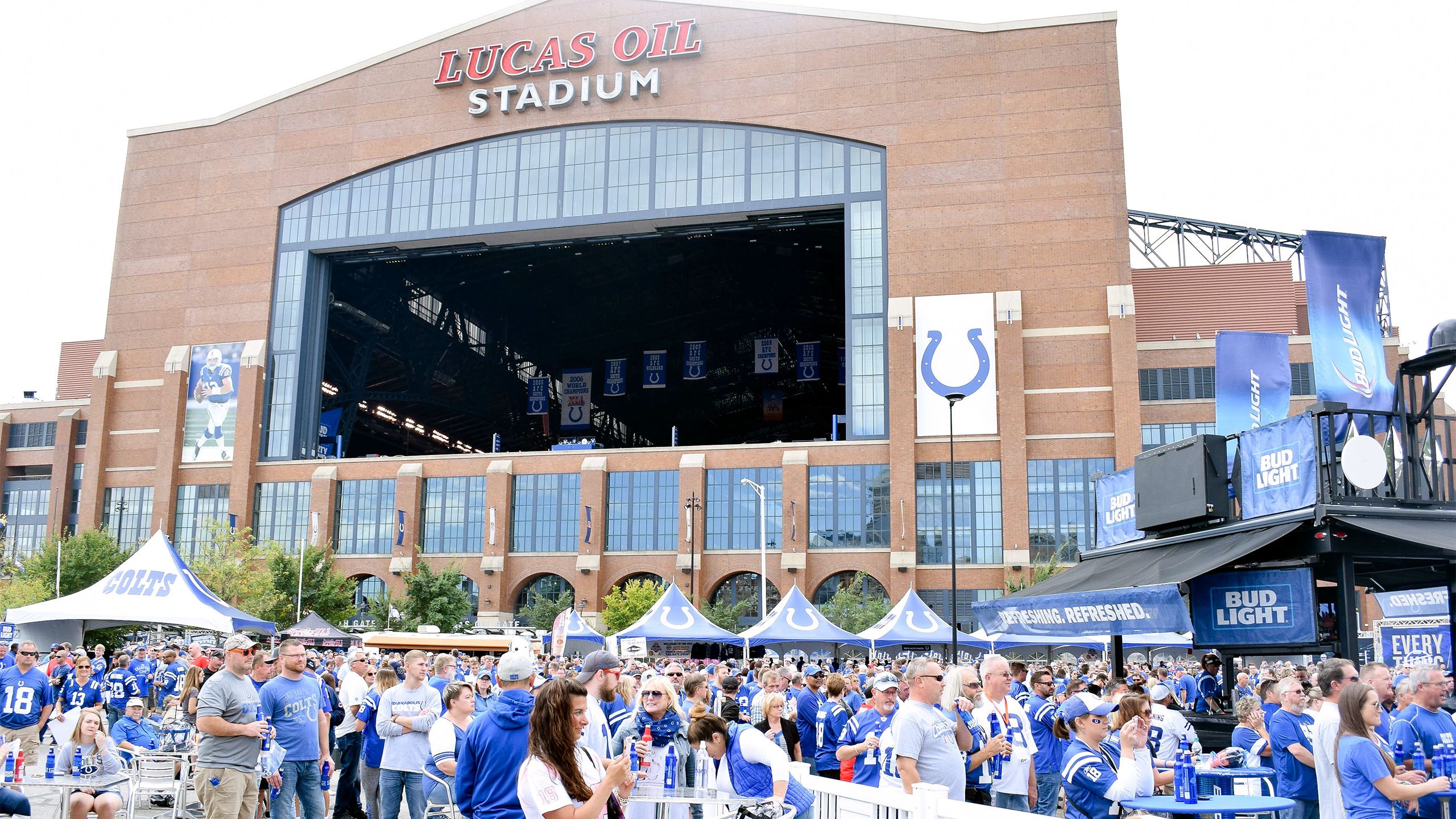 On May 15, 2005, the Indiana Stadium and Convention Building Authority (ISCBA) was established as a new state agency to finance, design, and construct a new stadium to replace the RCA Dome as well as expand the Indiana Convention Center. The agency would be governed by a seven-member board comprised of four appointments by the governor, two appointments by the Mayor of the City of Indianapolis, and one appointment by the governor following nomination from one of the counties surrounding Marion County. While ISCBA would serve as the stadium’s owner, the facility would be operated and leased by the Captial Improvement Board (CIB).

In late August 2005, CIB and the City of Indianapolis reached a new lease agreement with the Colts that kept the team in Indianapolis through at least 2034. A major aspect of this deal involved the construction of the team’s new stadium. The Colts were able to get most of the facility’s costs (86 percent) financed through public subsidies and only had to cover about 14 percent of the project’s total amount.

Through this agreement, the Colts would also pay CIB $250,000 per year to play at the stadium, but it would not have to cover the building’s maintenance. In addition, the team would receive millions of dollars each year in stadium revenue, including concessions, naming rights, and non-Colts events held at the facility.

Many residents and industry experts viewed the 2005 lease agreement as a “sweetheart deal” for the Colts. CIB officials, however, believed it was the best deal they could offer at the time to keep the team in Indianapolis. Such contracts, which place an emphasis on publicly subsidized stadiums and upgrades as well as one-sided revenue sharing, are common with sports franchises across the country. City leaders often agree to such terms because they do not want to lose their franchise to another city that might offer a more attractive deal to team owners.

Following the approval of the lease agreement, the stadium’s ceremonial groundbreaking was held on September 20, 2005. Foundation work began the week after Thanksgiving of that same year.

Naming rights were announced on February 28, 2006. Lucas Oil Products, a California-based manufacturer and distributor of automotive oil, additives, and lubricants, secured the sponsorship for $122 million over 20 years. With this agreement, the new facility would be called Lucas Oil Stadium.

Lucas Oil Stadium opened on August 16, 2008. It was designed by Dallas-based architecture firm HKS, Inc., with significant assistance from Indianapolis firms A2s04 Architecture and Browning Day, in a postmodernist style that incorporates many elements unique to Indiana and its history as a sports capital. The brick, steel, and glass structure, for example, reflects the traditional forms and historical feel of the state’s best-known high school and collegiate arenas and stadiums. Additional features include the facility’s retractable roof and windows, 93,000 square feet infill playing surface, 67,000 seating capacity for football games (expandable to over 70,000 for basketball games), 139 suites, and 180,00 square feet of total exhibition space.

Covering approximately 1.8 million square feet, Lucas Oil Stadium was nearly 2.5 times the size of the defunct RCA Dome. Demolition of the dome began shortly after LOS opened, with its roof being deflated on September 24, 2008. The rest of the building was imploded in December.

Three years later, in 2011, the fourth Indiana Convention Center expansion was completed. This project nearly doubled the convention center’s size and covered the entire footprint of the old dome. Once the facility completely reopened, it was adjoined to Lucas Oil Stadium via an underground connector.

The Indiana Convention Center and Lucas Oil Stadium, which are both operated by the Captial Improvement Board, play host to numerous events each year. Many are sports competitions for major organizations, including the Indianapolis Colts, Indy Eleven, National Collegiate Athletic Association (NCAA), Indiana High School Athletic Association (Ihsaa), and the National Football League (which included Superbowl XIVI). The stadium also serves as a venue for local commencement exercises, national conventions and tradeshows, and concerts by famous musicians.

As of 2021, the public subsidies raised jointly by the State of Indiana and the City of Indianapolis to finance Lucas Oil Stadium are still being paid off. The building’s construction costs were $720 million, with the Indianapolis Colts contributing approximately $100 million to this total. The remaining $620 million in municipal bonds, meanwhile, is being repaid through various taxes issued in Indianapolis, Marion County, and nine surrounding “doughnut” counties.

Lucas Oil Stadium had a 12-year distinction of being the most publicly subsided stadium in the United States until the Las Vegas Raiders’ new facility, Allegiant Stadium, opened in July 2020.