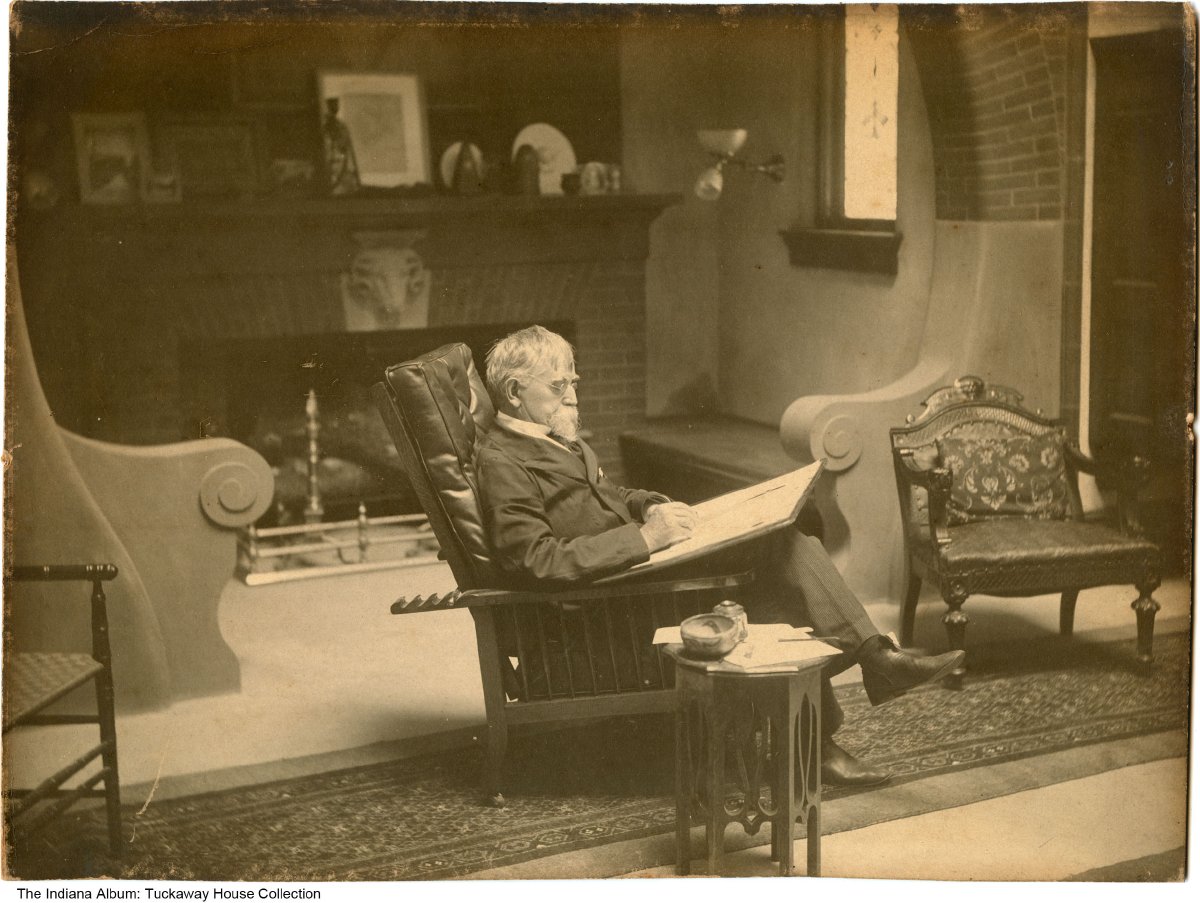 Wallace’s father served in the Indiana General Assembly and as lieutenant governor. In 1837, following his election as Indiana governor, he moved the family to Indianapolis.

In his childhood, Wallace was uninterested in school, even briefly running away from home at one point with thoughts of joining the Texas navy during its struggle for independence from Mexico. Thereafter, he worked for the Marion County Clerk’s office and reported on the legislature for the Indianapolis Daily Journal. Although he studied for a career as an attorney in his father’s Indianapolis law office, Wallace failed to pass the bar examination in 1846. Instead, he volunteered for service in the U.S. Army during the Mexican War.

Upon his return, Wallace was admitted to the bar in 1849 and opened a law practice in Covington, where he served two terms as prosecuting attorney. He moved to Crawfordsville in 1853, where he was elected to the State Senate in 1856. Also that year, he put together a military group called the Montgomery (County) Guards, which became known as Zouaves because of their colorful uniforms, modeled upon a French army unit.

With the outbreak of the Civil War, Wallace was appointed adjutant general by Governor Oliver P. Morton and was responsible for organizing the state’s quota of regiments for the Union cause. In eventual command of the Eleventh Indiana (Zouave) Regiment, Wallace, had his men march to the State House where they swore to avenge the alleged cowardice of Indiana troops at the Battle of Buena Vista in the Mexican War.

Wallace rose through the ranks, reaching the position of major general and seeing action at the battles of Fort Donelson, Shiloh, and Monocacy. Wallace’s military career was tarnished at Shiloh, where he was heavily criticized by his superiors for his delay in reaching the field on the battle’s first day.

After the war, Wallace returned to Crawfordsville and ran an unsuccessful campaign for Congress. In 1878, President Rutherford B. Hayes appointed him governor of the New Mexico Territory. Three years later, President James Garfield appointed Wallace as U.S. minister to Turkey, a post he held until 1885.

Although engaged in government service, Wallace found time to pursue his avocation— writing. He produced such works as The Fair God (1873), the bestselling Ben-Hur (1880), and The Prince Of India (1893). Wallace continued to make his home in Crawfordsville but spent a considerable amount of time in his old hometown of Indianapolis.

In 1893, he began constructing Indianapolis’ first major apartment building, known as the “Blacherne.” Wallace named the building after the palace in his novel Prince of India. Completed in 1896, the seven-story structure is located on the northwest corner of Meridian and Vermont streets. Wallace kept an apartment for himself in the building. The Blacherne was listed on the National Register of Historic Places in 1983.

Wallace’s autobiography, his last book, was published posthumously in 1906. He perhaps remains best-known as the author of Ben Hur. The novel was adapted for a play in 1899 and then a silent motion picture in 1925. Three more film adaptations followed. The best-known version, directed by William Wyler and starring Charleton Heston as the title character, was released in 1959. The film won 12 Academy Awards, including Best Picture, Best Actor, and Best Director. More recently, an animated version appeared in 2003, and actors Jack Huston and Morgan Freeman starred in another live-action version in 2016.

Wallace built a detached study at his home in Crawfordsville, which was declared a National Historic Landmark in 1976. The study and the carriage house on the property are included in the General Lew Wallace Study & Museum. The original house was altered following Wallace’s death and no longer has historic integrity. The museum features personal items that belonged to Wallace and objects that pertain to his literary legacy.