(Nov. 11, 1922-Apr. 11, 2007). Critically acclaimed satirical author, best-known for his works Slaughterhouse-Five and Cat’s Cradle, Kurt Vonnegut was born in Indianapolis. He was a member of the prominent Indianapolis Vonnegut family of German descent, whose ancestral patriarch was Clemens Vonnegut Sr. He was the son of architect Kurt Vonnegut Sr. and INDIANAPOLIS BREWING COMPANY heiress Edith Lieber. His father eventually took over the noteworthy Vonnegut And Bohn architectural firm founded by his grandfather Bernard Vonnegut and Arthur Bohn in 1888.

The stock market of 1929 destroyed the Vonnegut family finances. The business of Bohn and Vonnegut slowed to a relative standstill. Despite his father’s success moving the Indiana Bell Building in 1930, which was hailed as a tremendous engineering triumph, the Great Depression brought an end to the family’s upper-middle-class lifestyle. This loss had a profound negative effect on the mental health of Vonnegut’s mother, Edith.

Unlike older siblings, Bernard Jr. and Alice, who attended respectively the private Park School and Tudor Hall School, Vonnegut spent most of his primary and secondary school career enrolled in the Indianapolis Public Schools. At Shortridge High School, he began contributing to the Daily Echo, the student newspaper. By his senior year, he was editor and one of Shortridge’s most popular students.

After graduating from Shortridge, Kurt was offered a job with the Indianapolis times, but his family said making a living as a writer would be impossible. He spent the next four years attending different universities. He nearly flunked out of Cornell and then, in January 1943, joined the U.S. Army to fight in World War II. In 1944, Kurt went on leave and returned home on Mother’s Day to discover his mother had died of an overdose.

Six months later, in 1945, Kurt was captured during the Battle of the Bulge and taken to Dresden, Germany, as a prisoner of war (POW). As a POW, he witnessed firsthand and survived Allied firebombing of that city.

Vonnegut received the Purple Heart for injuries suffered. After the Russians liberated Dresden in May 1945, Vonnegut returned to Indiana and proposed to long-time sweetheart Jane Cox. They married in September 1945 and attended the University of Chicago together. Jane dropped out when she became pregnant with their son, Mark, who was born in May 1947. Vonnegut stopped attending graduate classes in August 1947. The couple later had daughters Edith and Nanette.

By then, Kurt’s older brother Bernard, a physicist working for General Electric (GE), got Kurt a job in public relations for the company. At GE, Kurt became a skeptic of technology. He feared that it would replace human beings, rendering them useless and impoverished. During these years, Kurt developed a career writing short stories for magazines. 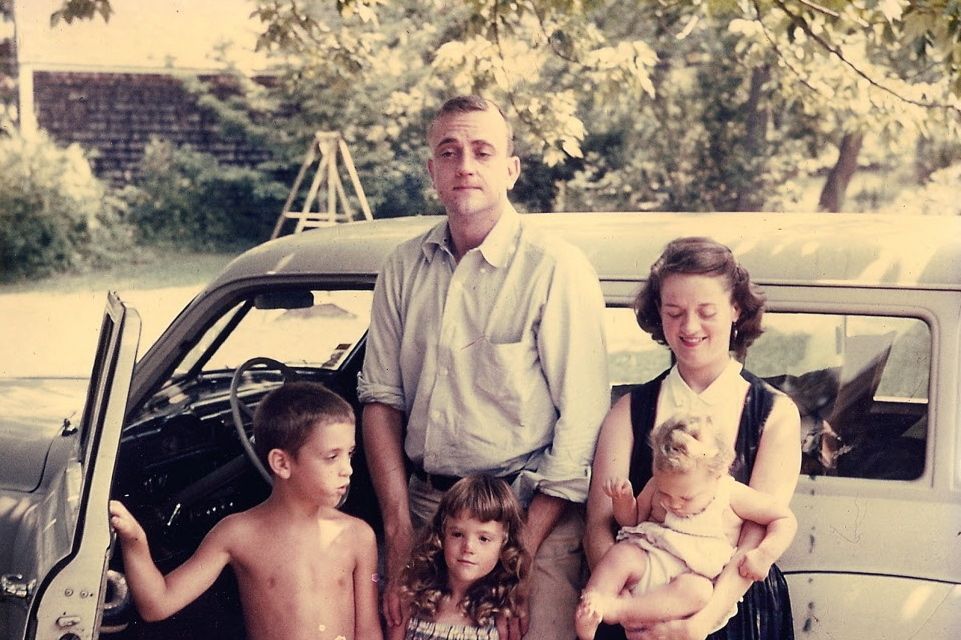 By 1951, Kurt made a comfortable living from short fiction and moved his family to Barnstable, Massachusetts. In Barnstable, he began writing novels. In 1958, Vonnegut’s sister Alice died of cancer. Her husband died 48 hours later, and Vonnegut suddenly found himself raising three of her four children in addition to his own. To support his large family, he started a Saab dealership in Barnstable and took a number of contract and writing jobs.

Vonnegut’s big break came with the novel Cat’s Cradle (1963). The novel drew wide attention at universities, including the University of Iowa Writer’s Workshop, widely known as the best graduate writing program in the nation. Between 1965 and 1967, Kurt became a professor at the Workshop in Iowa City.

Vonnegut’s review of a Random House dictionary brought the attention of publisher Seymour (Sam) Lawrence. The review was unconventional—“funny, humble, and a little nonplussed.” Vonnegut piqued the publisher’s interest by making “a proverbial silk purse from a review of a five-pound dictionary.” Lawrence thought that someone who had such talents must have potential as a novelist and subsequently read Slaughterhouse-Five. He offered Vonnegut $65,000 for that book and his next two novels. Vonnegut suddenly became famous when the anti-war book, based on his Dresden experience, was released in 1969. He also became a spokesperson for the anti-war counterculture.

His marriage to Jane ended in 1970 following the opening of his first play, and Vonnegut moved to New York City. In New York, he continued to write popular novels and married Life Magazine photographer Jill Kremetz. They adopted a daughter, Lily, in 1982.

Vonnegut formalized his art career in the early 1990s and spent the early 2000s writing essays on a variety of topics, including politics. He took great pride in Indianapolis, which he visited often throughout his career. He passed away after a fall near his Manhattan brownstone.

In 2009, the Kurt Vonnegut Museum And Library was established in Indianapolis to celebrate, highlight, and continue his work.