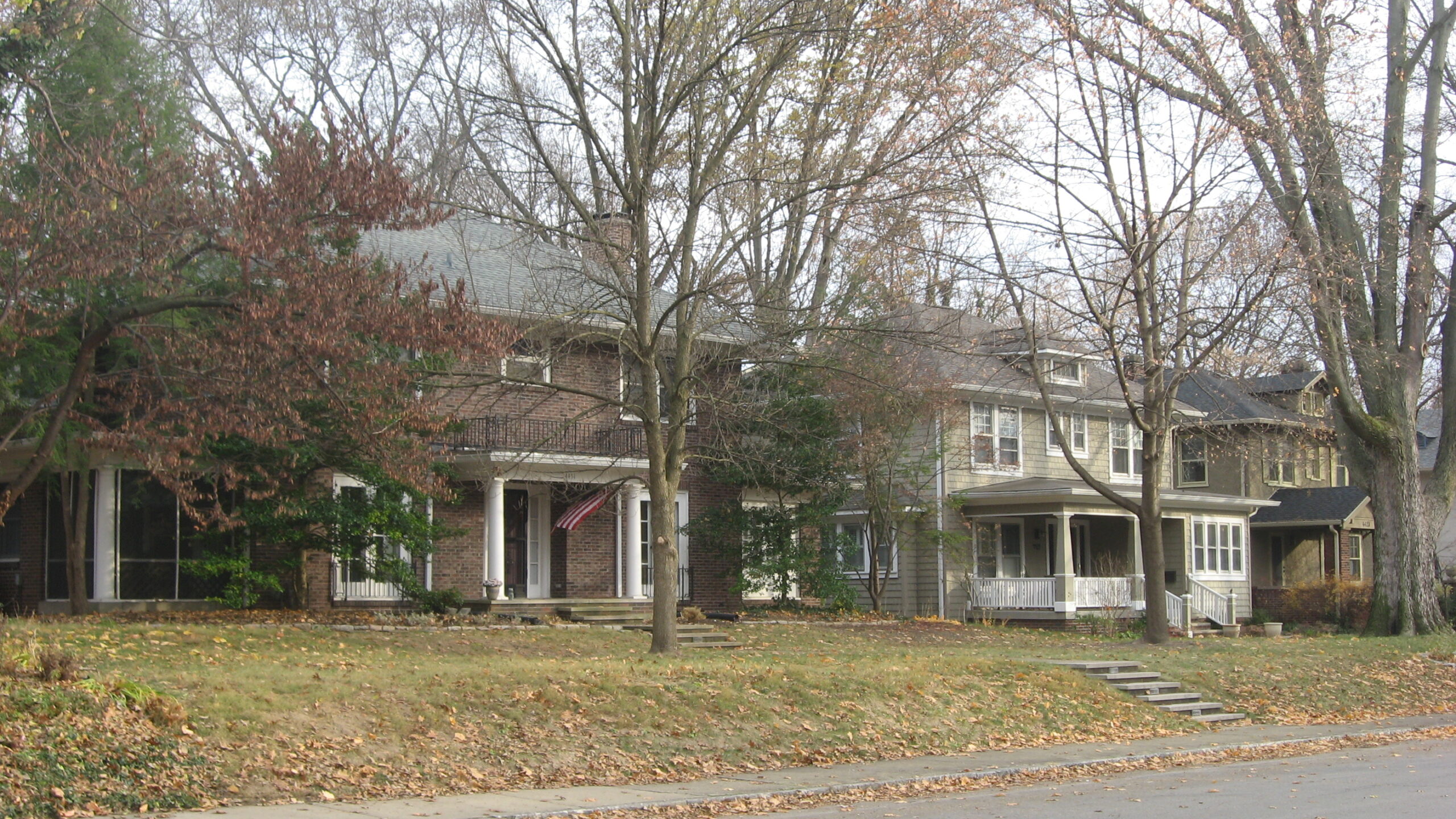 Oliver Johnson, a prosperous farmer, lived his entire life in the area. Born on his father’s farm, now the site of the Indiana State Fairgrounds, he later built an impressive farmhouse at 4456 North Park Avenue, ca. 1862, which remains a testament to the family’s early influence in southern Washington Township.

As Indianapolis expanded northward at the turn of the 20th century, the aging Johnson and his sons saw the advantage of subdividing the family property. In 1905, they filed an intention to convert a quarter section of land into town lots. The new suburb of “Oliver Johnson Woods” consisted of large properties lining four wide, boulevard-like streets. Indianapolis annexed the area in 1912. By the 1940s, the wooded lots were filled with architecturally diverse and impressive middle-class homes.

During its early decades, Johnson Woods was home to numerous executives and business leaders. Surrounded by the much larger Meridian-Kessler neighborhood, Johnson Woods has attracted the professional-white-collar middle class and remains the quiet, wooded, residential retreat Oliver Johnson intended.