(July 8, 1851-Jan. 28, 1927). Adams was born in Amity, Johnson County, Indiana, the grandson of one of that county’s pioneers. His visit to the 1869 Indiana State Fair in Indianapolis, which included the state’s only regular display of art, inspired him to become an artist. He saw a memorable Still Life with Watermelon by young William Merritt Chase, then of Indianapolis, that was so seductively painted that Adams returned to the family farm intent on doing his own versions. Three years later he sought formal training at London’s South Kensington School of Art, returning in 1874 to set up his own portrait painting studio, first in Seymour and later (1876) in Muncie. 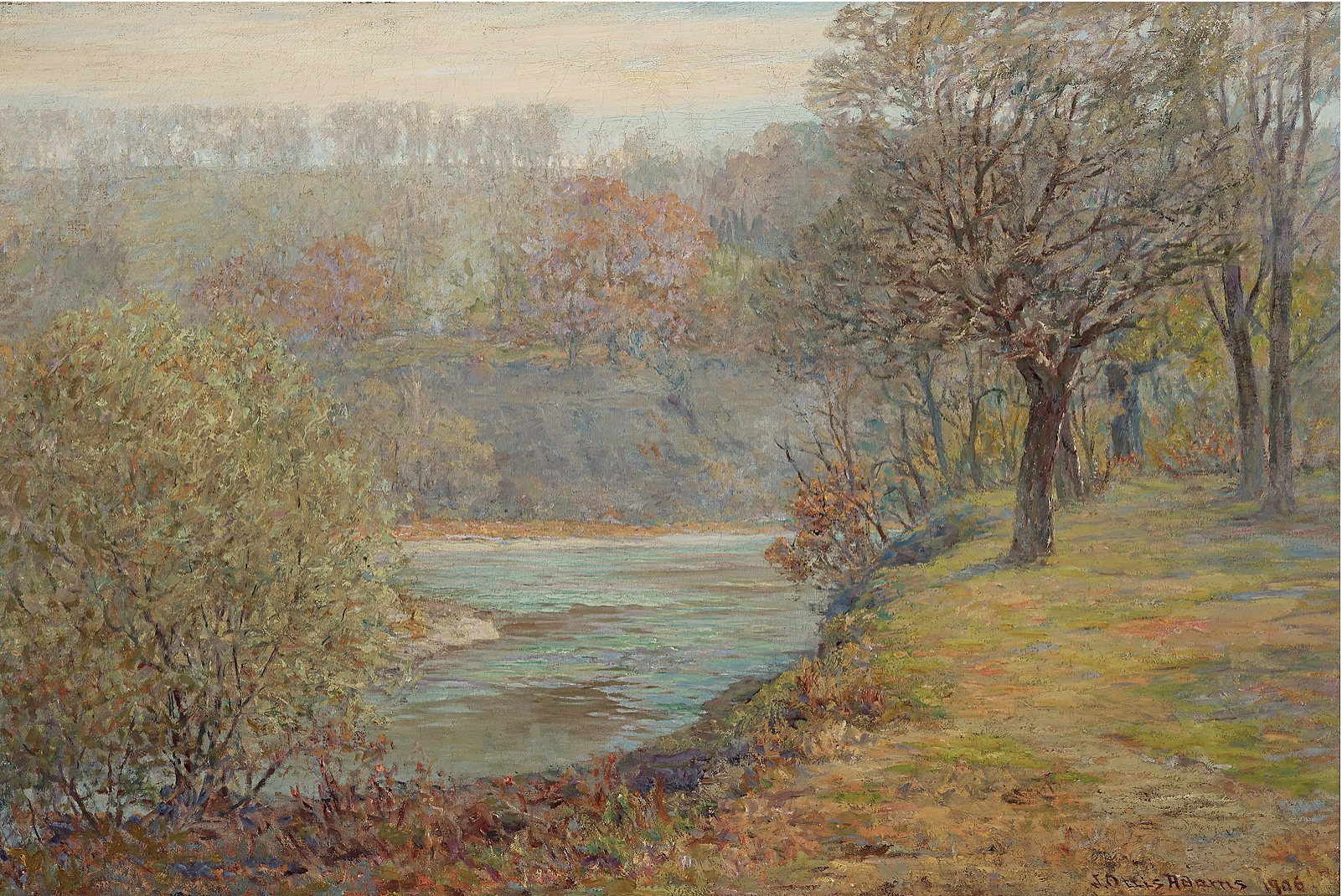 In 1880 he joined T. C. Steele, Carrie Wolff, and August Metzner of Indianapolis, and Samuel Richards of Anderson for study at the Royal Academy of Painting in Munich. William Forsyth of Indianapolis joined them 18 months later. The experiences and camaraderie shared for five years by Adams, Steele, and Forsyth in Germany continued when they returned to Indiana determined to paint its landscapes in preference to doing the portraiture for which they had been expertly trained. Soon termed the Hoosier Group, they would lead Indiana painting for 40 years.

Adams returned to Muncie from Munich in 1887 where he and Forsyth opened the successful but short-lived Muncie Art School in 1889. After its closure in 1891, Adams was at liberty for the first time to devote himself to independent landscape painting, which in subsequent summers he often did in the company of Steele.

In 1898, Adams and Steele bought a historic house, soon dubbed the Hermitage, on the banks of the Whitewater River in Brookville to serve as a seasonal studio. It became Adams’ permanent residence upon his marriage on October 1 to Winifred Brady, his former student. Adams’ finely wrought landscapes were well known in the capital city. His works appeared in exhibitions sponsored by the Art Association Of Indianapolis ; circuit exhibitions of the Society of Western Artists, an organization of midwestern painters of which Adams, Steele, and Forsyth had been the founding Indiana contingent in 1896; the Home Artists exhibitions inaugurated in 1897; and annual displays of his past season’s work at the H. LIEBER COMPANY each December from 1900 to 1905.

Based on this reputation, the Art Association hired Adams in February 1902, as its first instructor of painting and drawing at the newly established John Herron Art Institute. Adams, responsible for the day, evening, and Saturday classes bought a house nearby at 2022 North Pennsylvania. He died there on January 28, 1927, although he had rarely occupied it after his resignation from Herron in 1906, returning to paint full-time at the Hermitage.