C. E. Publishing launched Indianapolis Woman in September 1984. Publishers Connie Rosenthal and Linda Eder created the magazine for women with a wide variety of interests. The magazine profiled an Indianapolis woman each month and ran regular articles on shopping, working, cooking, and decorating. The magazine also carried articles on craft making and raising children, and reviewed books, movies, and restaurants. 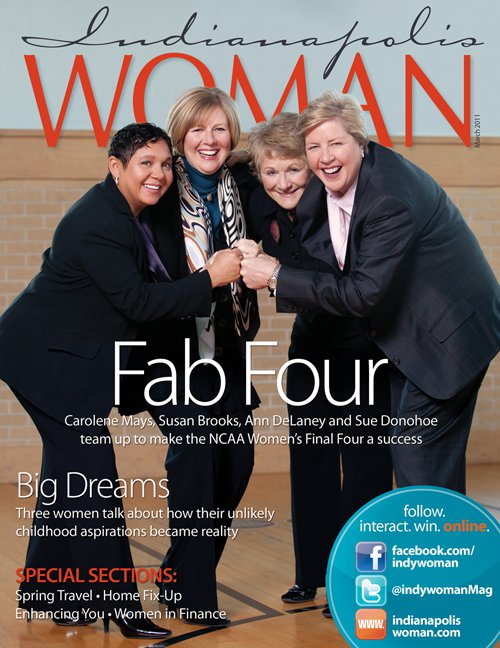 Late in 1988, C. E. Publishing made an agreement with Media Management Group, owner of City magazine, to provide advertising and circulation services for Indianapolis Woman, also know as Iw, and the associate publisher of City became publisher of Iw.

Since Indianapolis Woman was aimed at such a large population group, the publishing companies hoped the agreement would expand the 20,000 circulation by offering both magazines to advertisers. The contract with Media Management was canceled when Emmis Broadcasting bought City and folded it into its own publication, Indianapolis Monthly. The sale agreement between Emmis Broadcasting and Media Management canceled the advertising and distribution contract. Publication of Iw halted with the August 1989 issue.

Weiss Communications Inc. acquired rights to publish IW in 1994. Under the leadership of Mary B. Weiss, who served as president, CEO, and publisher of the company, the magazine featured monthly departments and provided “inspirational role models and up-to-date information on issues of interest to women.” In 2006, Weiss launched a sister publication—St. Louis Woman. Although IW  had a circulation of 45,000, a staff of 14 people, and was profitable, expansion into the St. Louis market was ill-timed and led to the publication’s demise. In April 2012, Weiss sold rights to the magazine to a private investment group. All staff members lost their jobs with the sale, and IW  ceased publication with its May 2016 edition.