The Indianapolis News was established December 7, 1869, by 23-year-old reporter John Hampden Holliday. At two cents, the News was a penny cheaper than its competition. Its price, plus clean makeup and condensed form, made it popular. Three months after its founding, the News had a circulation of 2,500 and had absorbed the weekly Mirror. Holliday stuck to his commitment to publish a politically independent newspaper, although the paper traditionally has been considered conservative in its editorial position.

The News’ circulation had grown to 25,000 when the ailing Holliday sold it in May 1892, to William H. Smith, his son Delavan Smith, and his son-in-law Charles N. Williams. In 1909, the News’  editors were indicted on criminal libel charges, later dismissed, for reprinting an article critical of the Theodore Roosevelt administration’s actions that resulted in the United States taking possession of the Panama Canal. Charles W. Fairbanks, vice president under Roosevelt and former U.S. senator from Indiana, had owned part of the News since 1892, although it was never revealed until his death in 1918.

When Delavan Smith died in 1922, the Fairbanks children bought complete ownership of the News, with sons Warren, Frederick, and Richard serving terms as publisher through 1944. Known as the “Great Hoosier Daily,” the News enjoyed its heyday during the first half of the 20th century and was the state’s most widely read paper.

In May 1932, the News was awarded a Pulitzer Prize for a series of stories and editorials on wasteful spending by city and state government. The News continued to dominate its closest competitor, the morning Indianapolis Star, into the 1940s. But in 1944 Eugene C. Pulliam bought the Star and started intense competition, calling off an unwritten truce that the Star would not challenge the News’ circulation if the News would not start a Sunday paper.

The News edged the Star in circulation in 1945,  151, 640 to 133,600, but by the end of World War II, squabbling among the Fairbanks heirs was hurting the News. By 1947 the Star had overtaken the News in circulation. In August 1948, Pulliam bought the paper for $4 million and formed Indianapolis Newspapers, Inc. (INI). 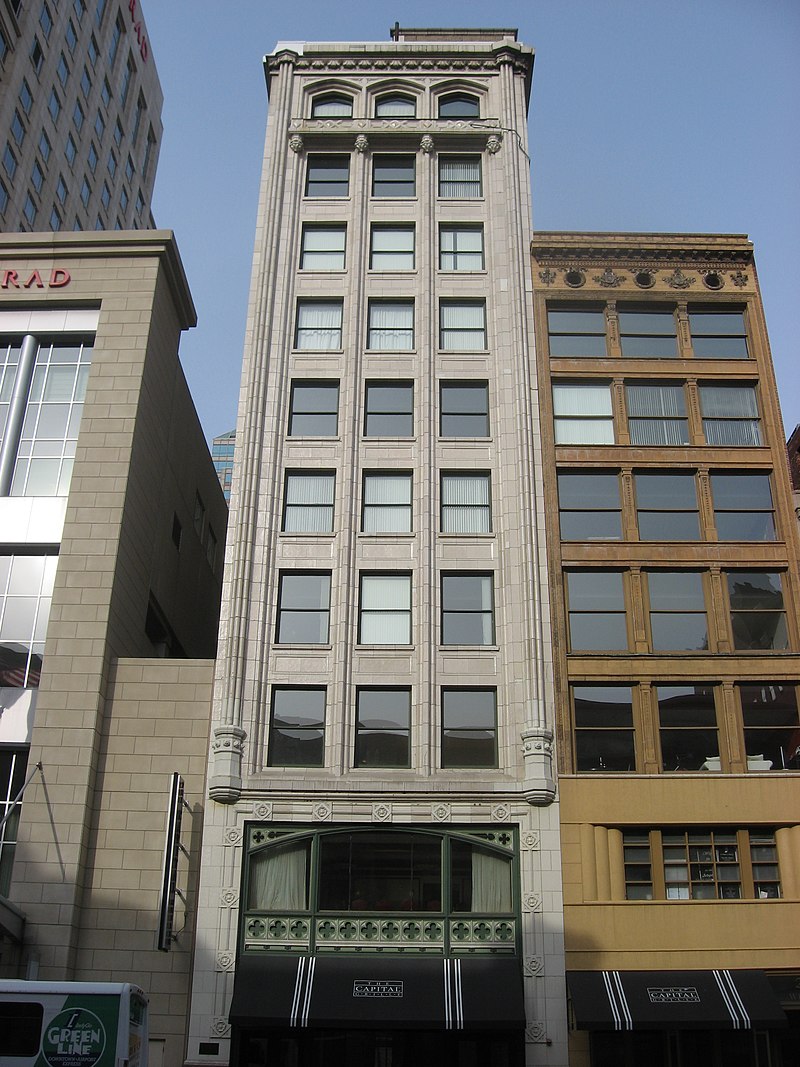 Former Indianapolis News Building (now a restaurant), located at 30 W. Washington Street in downtown Indianapolis. Built in 1909, it is listed on the National Register of Historic Places, and it is a part of the Register-listed Washington Street-Monument Circle Historic District.
Credit: Nyttend, Public domain, via Wikimedia Commons
View Source

In 1950, the News began one of the early newspaper consumer columns, “Herman Hoglebogle,” written by the paper’s editor Jim Abrams with a cartoon character by that name created by artist Tom Johnson. Another continuing tradition was the “Blue Streak,” the latest daily edition, sold only as single copies. It debuted in 1956 with a jagged blue line running down the edge. Among the paper’s most famous employees were Frank Mckinney “Kin” Hubbard, creator of the “Abe Martin” character that ran in 300 newspapers, and Hilton U. Brown, who worked there for 77 years.

When the city’s other afternoon paper, the Indianapolis Times, folded in 1965, the News picked up some of its following. By 1970, the News’ circulation had rebounded to 183,026, and the paper employed 103 reporters and editors. However, the News could not escape the trend of declining afternoon circulation and lost 40,000 subscribers between 1970 and the 1980s, when circulation hit 143,141.

The News marked its December anniversary yearly with “The News Proposes,” which outlined long-range goals the paper and community could work toward together. Some realized goals were the Hoosier Dome and restoration of Union Station.

As newspapers moved into the technological age, INI and the News converted to word processors, offset printing, and an electronic library later than most big-city newspapers, waiting for the technology to prove itself. During the 1980s, the News initiated successful investigations of state government, including two that led to the resignation of the heads of the Department of Education and the Department of Correction. In 1988, the News broke the story of how U.S. vice-presidential nominee Dan Quayle avoided military service in the Vietnam War, even though Quayle was the nephew of News publisher Eugene S. Pulliam and held stock in the paper’s parent company.

The News shared advertising, production, and an expanded building at the corner of New York and Pennsylvania streets with the Star, but editorial and reporting staffs were separate.