The original Gazette was Indianapolis’ first newspaper, appearing on January 28, 1822, with Nathaniel Bolton as editor and publisher. Initially, the Gazette was issued at irregular intervals due to poor lines of communication between Indianapolis and the surrounding region. During these early years, the paper was politically neutral. 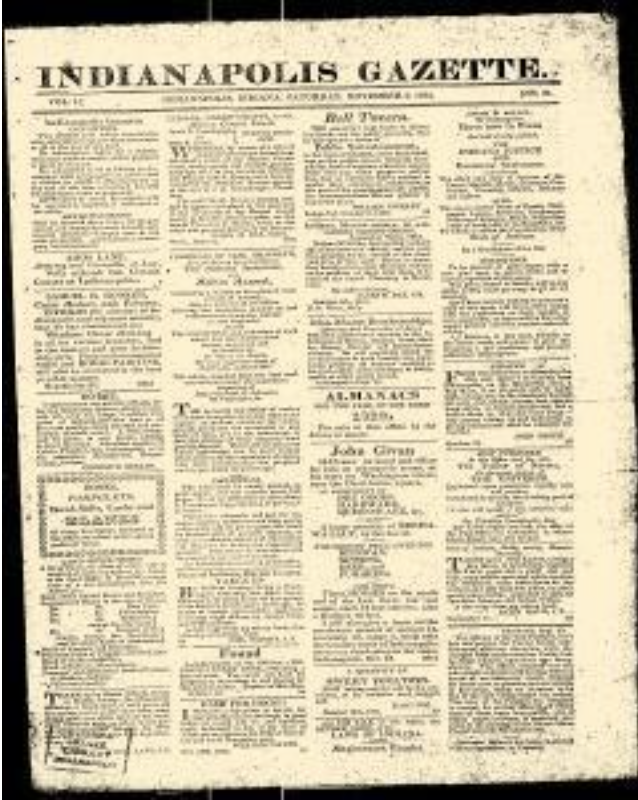 The second Gazette appeared in 1862 and was issued by Johnson H. Jordan, J. C. Burnett, and Company. This publication had formerly been the Indiana American and supported the Republican Party. In 1866, Jordan sold the paper to the Gazette Company, owned by Abraham Smith, J. H. Tilford, and E. W. Halford. The paper changed hands several times before Charles P. Wilder acquired it in 1867. The journal halted publication later that year.

The third Gazette was also a pro-Republican paper, founded in 1862 by Joseph A. Dynes and Company. The paper was terminated in the early 20th century after changing owners several times. A fourth Gazette, inaugurated by Elmer S. Lenz in 1966, survived for only two months.