In late 1971, the National Endowment for the Humanities (NEH) collaborated with a group of five Indiana residents—Virginia Ball, Robert Burns, Marvin Hartig, Edward Howard, and Robert Richey—to establish a nonprofit that would help it carry out its work in the Hoosier State. This was part of a broad effort by the NEH to establish a humanities council in every U.S. state and territory. The NEH’s goal was to secure grassroots support for public humanities programs in communities nationwide, with a focus on history, literature, languages, world cultures, philosophy, ethics, and other humanities subjects. By the end of 1972, the founders established the Indiana Committee for the Humanities (later known as the Indiana Humanities Council, today as Indiana Humanities) with its headquarters in Indianapolis.

Since its founding, Indiana Humanities has facilitated a vast array of programs, including workshops, summits, seminars, and lectures, which have engaged Hoosiers with the humanities and have impacted both the city and the state. In 1983, for example, it convened a group of philanthropic leaders for a series of conversations that led to the establishment of the Indiana Philanthropy Alliance, and in 1991 it formed an International Issues Task Force that laid the groundwork for the opening of the International School of Indiana.

Today, Indiana Humanities’ mission is to connect people, open minds, and enrich lives by creating and facilitating programs that encourage Hoosiers to think, read, and talk. It sponsors activities across the state that bring people together to engage in the humanities. In recent years it has organized its programs in two-year themes, exploring topics such as Food for Thought (looking at the ways food helps to define Indiana’s culture), Next Indiana (celebrating Indiana’s 2016 bicentennial and looking ahead to the next 200 years), Quantum Leap (discovering the intersection between the sciences and the humanities), and IN separable (examining how Hoosiers relate to one another across boundaries). Popular activities include the Next Indiana Campfires series, which connects nature and literature to spark conversations about Indiana’s future; Chew on This, which brings community members together for an evening of dinner and discussion; INconversation, which engages participants in dialogue with thought leaders; and the Historic Bar Crawl, which presents reenactments of Indiana history along with drinks at Indianapolis establishments. 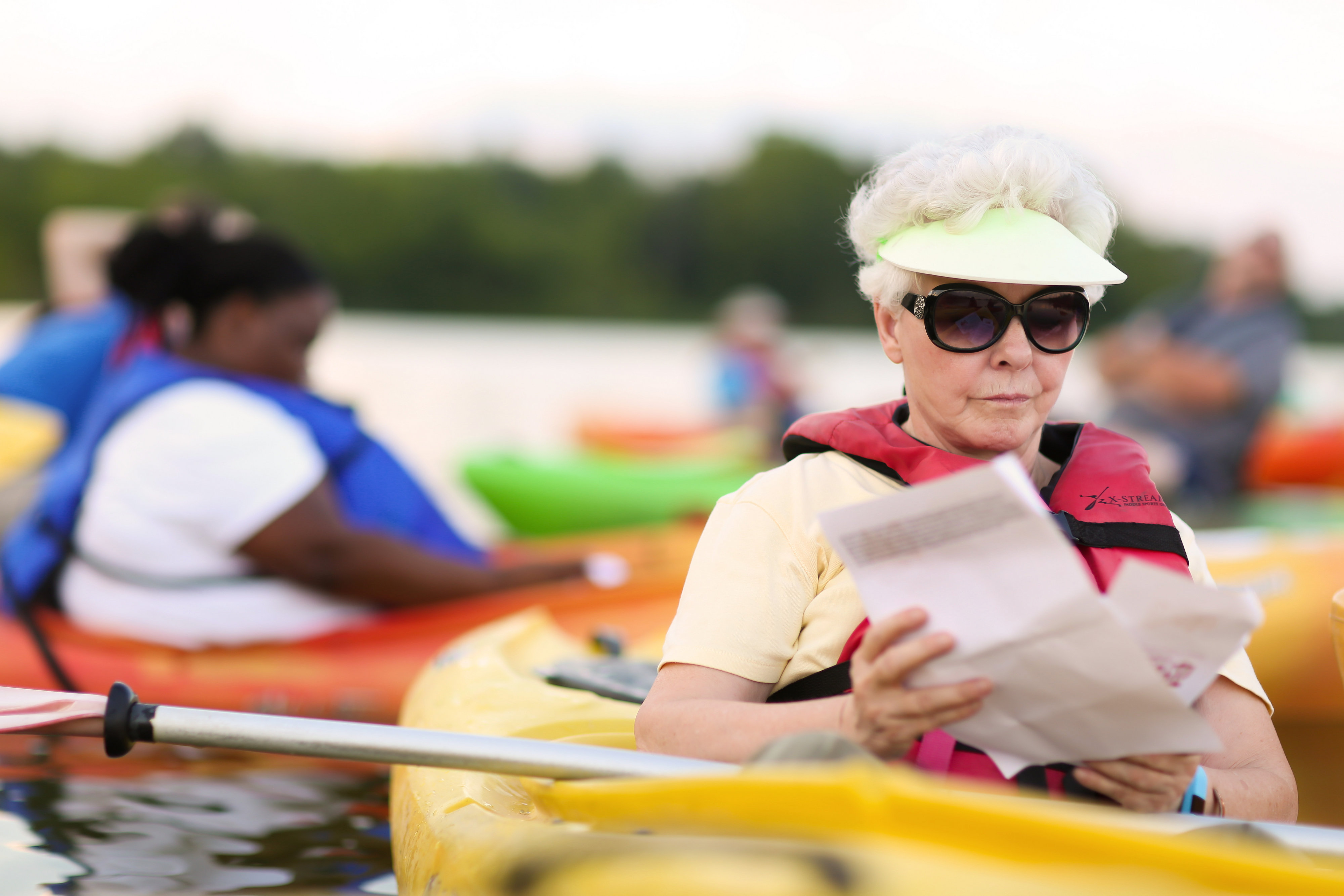 Indiana Humanities has received the Schwartz Prize, awarded annually by the Federation of State Humanities Councils for the best public humanities program, three times: in 1983 for This Far by Faith: Black Hoosier Heritage; in 2011 for Food for Thought; and in 2017 for Next Indiana Campfires.

Literary programming has been at the core of Indiana Humanities’ work since its founding. One of its longest-running programs is Novel Conversations, a free lending library that sends books to reading groups across the state. In 2019 Indiana Humanities began managing the Eugene and Marilyn Glick Indiana Authors Awards, establishing biannual prizes that honor the best books by Hoosier authors in multiple categories and offering author tours, speaking engagements, and workshops to shine a spotlight on the state’s literary community. To celebrate Indianapolis’s bicentennial, in 2021 Indiana Humanities introduced Bookmark Indy, a literary trail highlighting Indianapolis writers and the role that the city has played in their works. 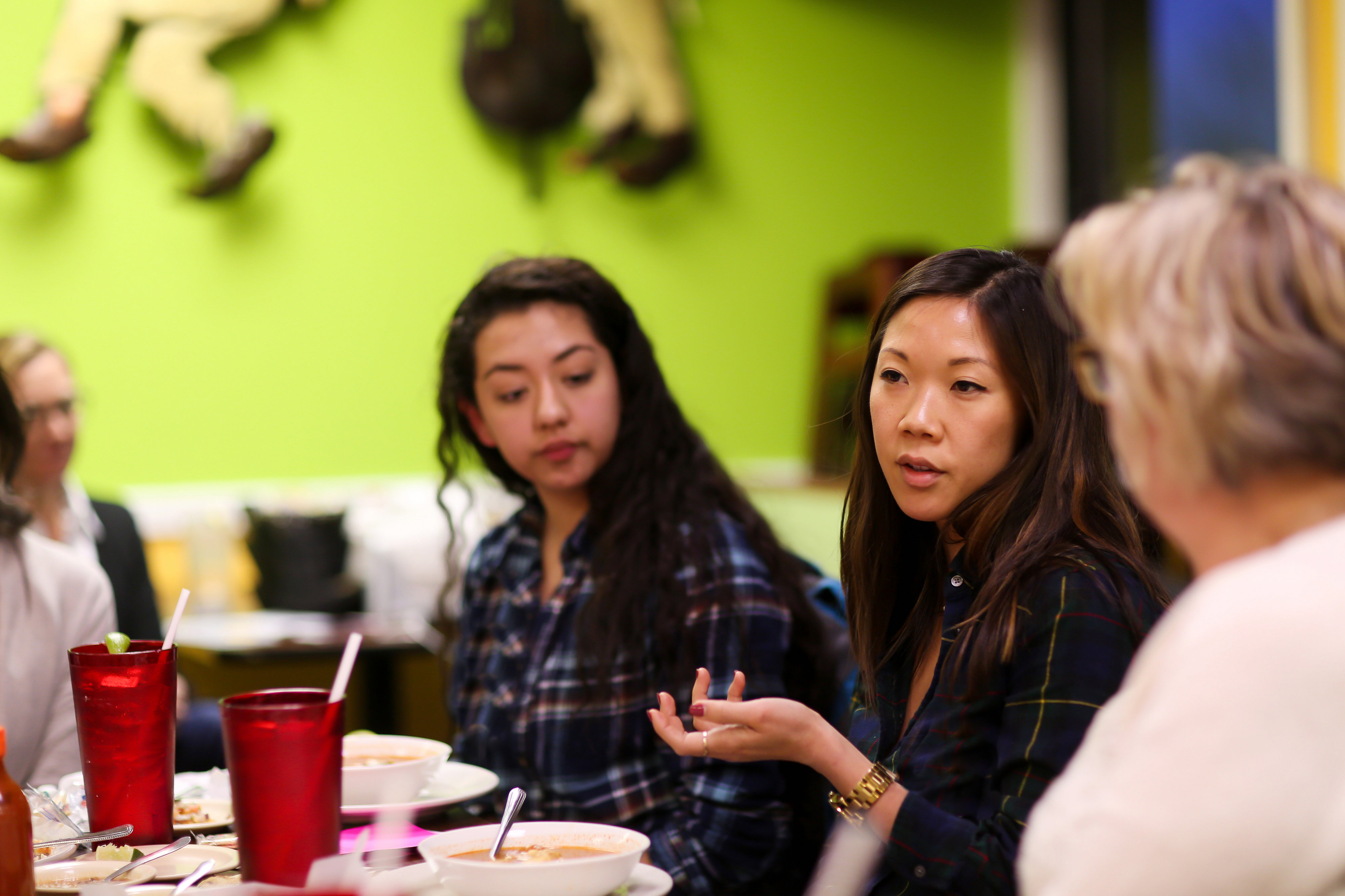 Participants explore the theme of “Latinos and the Next Indiana" at a Chew on This event in February 2016.
Credit: Keira Amstutz, Indiana Humanities
View Source

In its early years, Indiana Humanities was primarily a grant-making organization, and grants remain a core part of its mission. Each year Indiana Humanities offers a number of funding opportunities to tax-exempt organizations across the state, providing them with financial support to carry out their own humanities programs. Grants fund a wide range of public activities, such as exhibitions, presentations, tours, podcasts, online resources, and more.

Since 1986, Indiana Humanities has operated from the former home of author Meredith Nicholson and his wife Eugenie in Indianapolis’s Old Northside neighborhood. The house, designed by Indianapolis architect Herbert Foltz and completed in 1903, serves as an outstanding example of Georgian Revival architecture. After completing significant renovations to the house in 2018, Indiana Humanities offers its meeting rooms to the public, providing the community with space to connect and converse.

Indiana Humanities The institution is located at 1500 North Delaware Street in the former home of author Meredith Nicholson.