Mainline Protestantism often defines American religious culture, including its story in Indianapolis. However, not every denomination fits under that umbrella. Such is the case with the Independent Christian Churches. Despite their common origins with one of the “seven sisters,” the largest mainline Protestant denominations, every one of these churches has a separate history, and each has had its own impact on the city, state, and nation. 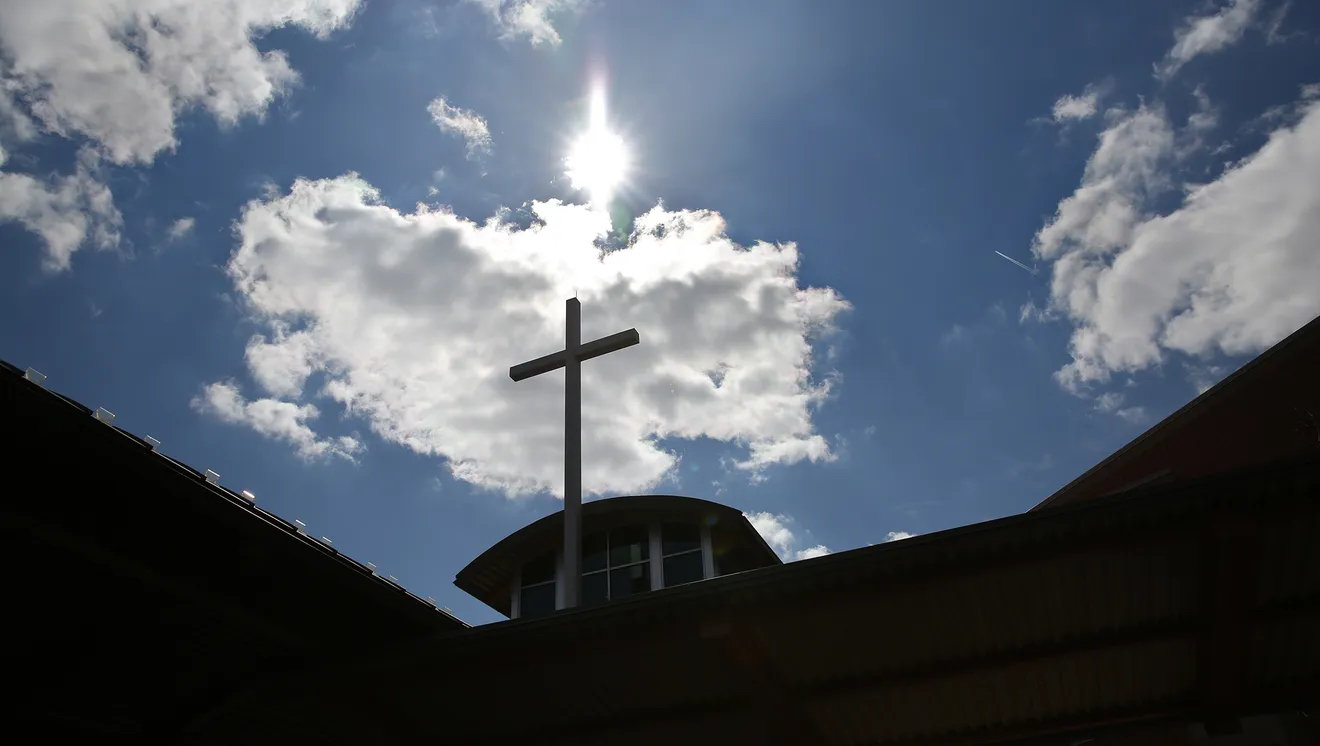 Origins and Development of the Independent Christian Churches, 19th and 20th Centuries

The Restoration movement within American Protestantism developed out of the Second Great Awakening, which began in 1790. Restorationists in the first decades of the 19th century sought to return Christianity to its roots, stripping away denominationalism and even the Reformation divide between Protestants and Catholics, with a focus on remaking the Church in the image of the New Testament. Coming from Methodist, Baptist, and Presbyterian backgrounds, these believers gravitated to ministers of the Gospel such as Barton Stone, Alexander Campbell, Abner Jones, and James O’Kelly who took part in frontier revivals in the new states of the Midwest and the Southeast, including in Indiana. Leaving behind their old denominational labels and bureaucracies, they preferred to be known simply as “Christians” with a focus on loosely linked congregations of like-minded believers.

However, denominationalism had a strong allure, even in the 19th century. By the dawn of the 20th century, many of the Restorationists officially forged the Christian Church (Disciples Of Christ). Even so, many congregations opted not to join the Disciples, retaining their independence from denominational bureaucracies. These Independent Christian Churches (ICC) reaffirmed their loose affiliation with one another and remained more theologically conservative in the years to come than did the Disciples, affirming the need for personal salvation, the priesthood of all believers, and the restoration of the New Testament church.

Though smaller in number than many larger denominations, the ICC congregations were well positioned for changes that the second half of the 20th century presented to nearly every congregation in the Indianapolis area. Many mainline denominational churches moved out of older neighborhoods into outlying areas during the last decades of the century, but new trends emerged that challenged congregational models in ways beyond suburbanization. Indianapolis saw the rise of megachurches (congregations of at least 2,000 members), independent or nondenominational churches (as the name implied, those not tied to a denomination), multisite congregations (those that had more than one campus and often used technology to share the same worship experience or sermon), and contemporary worship programs (using instruments beyond a piano or organ, with modern praise and worship songs rather than traditional hymns). Not only did most Independent Christian Churches embrace these trends, but they both led the way and, in many ways, perfected them.

Among the first to achieve the status of megachurch was East 91st Street Christian Church. For 46 years the Reverend Russell F. Blowers led the church, transforming a small congregation, founded in 1924, into one of the city’s first true megachurches. When Blowers arrived at the church, it was known as East 49th Street Christian. Blowers’ powerful preaching and vision helped the congregation grow. Needing more space, it moved north from 49th Street to its present location on East 91st Street (adopting its new name as a result) in 1978, all while becoming a leading theologically conservative bastion on the city’s northside. 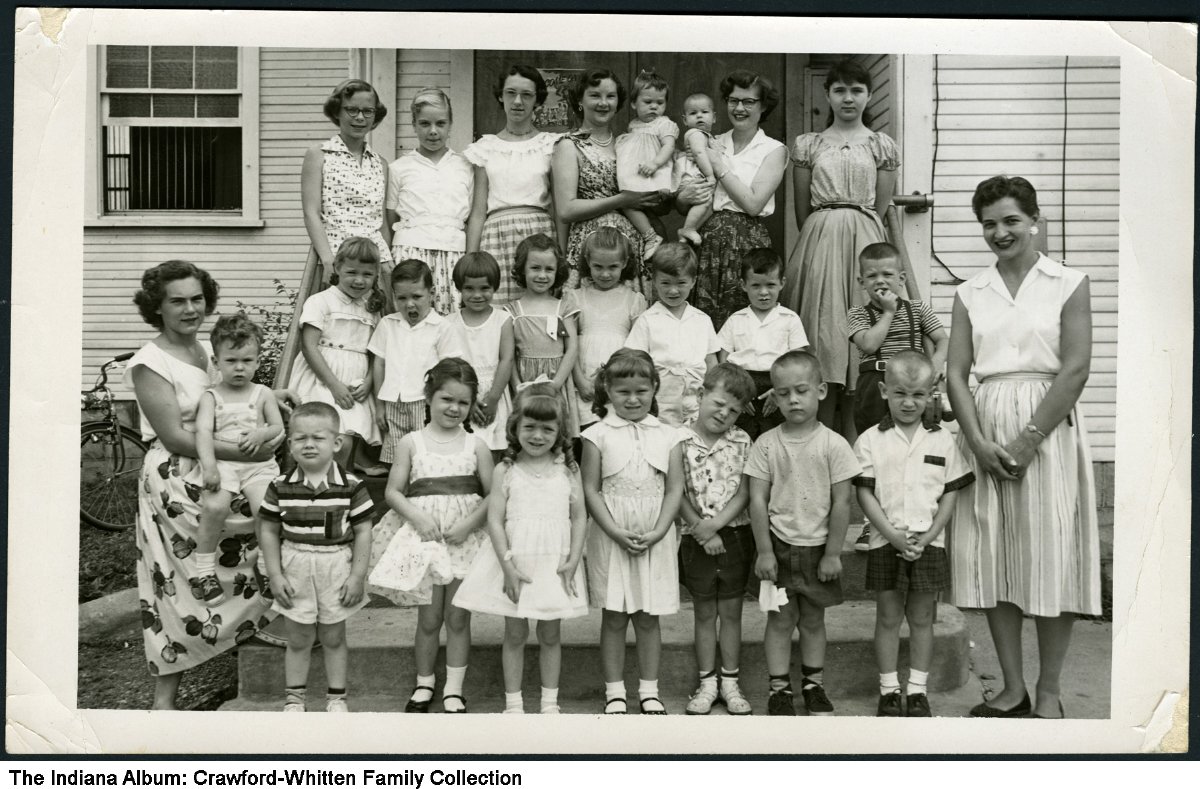 Following in East 91st Street’s example, and building upon it, was Traders Point Christian Church (TPCC). Founded in 1834, TPCC, once a small, rural congregation, saw explosive growth during the late 20th and early 21st centuries. Thanks to suburbanization along the I-65 northwest and 86th Street corridors at the Marion and Boone county lines, TPCC membership already had reached 1,500 by the time Pastor Aaron Brockett arrived in 2007. Under his leadership, the congregation embraced the call to become “one church in multiple locations.” Over the next decade, Traders Point opened branch locations in Avon, Carmel, Fishers, downtown Indianapolis, Broad Ripple, and a “digital” congregation that gave the church a global reach, as well as the nimbleness to deal with unexpected events, such as the COVID-19 pandemic. By the end of Brockett’s first decade leading TPCC, the membership was over 9,000, with attendance sometimes exceeding 20,000 guests cumulatively at all its campuses.

Notably, another congregation, Common Ground Christian Church, emerged out of Traders Point, showcasing the attraction of the Independent Christian style. It, however, remains the only separate congregation that TPCC has planted to date. Originally begun as a young-adults ministry for TPCC in 1997, Common Ground launched in 2001. With a financial gift from TPCC, Common Ground moved from hotel conference rooms and purchased an old Baptist church building in Broad Ripple, at Westfield  Boulevard and Central Avenue. In 2008, the congregation moved again to 46th and Illinois streets, taking possession of the old 7th and 8th Christian Church building. That same year, Common Ground launched a second location on the city’s west side (near Lafayette Road and 38th Street). A few years later, in 2013, Common Ground started yet another on the city’s northeast side. By 2018, this new congregation had found a permanent home at 7440 Hague Road.

These congregations further disrupted the influence that institutions like denominations and organizations like the Church Federation Of Greater Indianapolis (formed in 1912 as a coalescing force to provide Indianapolis churches a stronger voice and greater community impact), once had. Not only are these churches larger than most of the older mainline congregations that once held sway, but they also tend to be more theologically conservative, more diverse in terms of race, and younger in terms of age than other congregations regardless of denomination. They also are willing and able to place locations in places abandoned by other congregations. In addition to Common Ground’s ability to reuse older congregational plants, TPCC’s downtown location is housed in the historic former home of a Jehovah’s Witness Assembly Hall.

They are a vibrant part of Indianapolis’s faith story.