Herron School of Art And Design 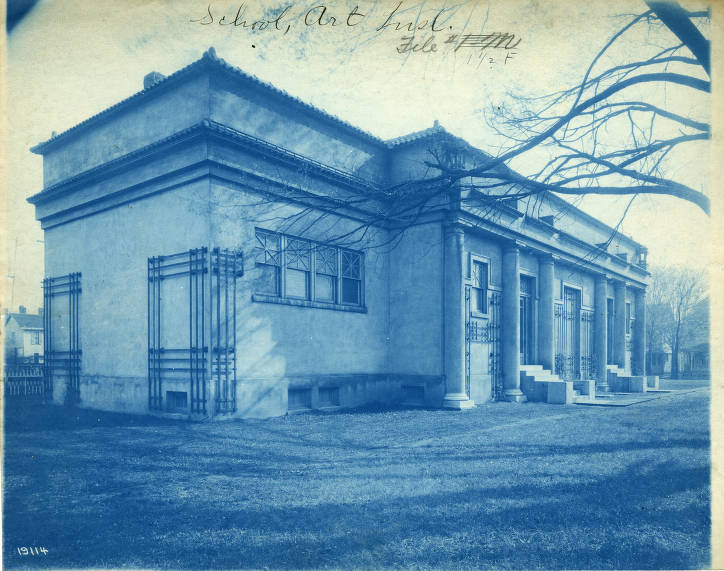 A bequest in 1895 by Indianapolis businessman John Herron gave the fledgling Art Association of Indianapolis funds to establish an art museum and art school. Instruction at Herron School of Art also referred to as the John Herron Art Institute, began at the Tinker House (or Talbot Place), a modest frame structure, in January 1902. Tinker House already was recognized as a focal point of the visual arts in Indianapolis. Artist T. C. Steele had used the house as his studio. The Tinker House was razed in 1905, and local architects vonnegut and bohn designed a three-story neoclassical building to replace it. The new building opened in 1907. Hoosier group artists J. Ottis Adams, William Forsyth, and Otto Stark were principal instructors conducting classes in painting, drawing, composition, and design. Rudolf Schwarz taught sculpture. By 1913 fine art, commercial art, and teacher training were the three departments of instruction. Herron offered classes for Indianapolis school children and their teachers. Study of the collections in the neighboring John Herron Art Museum reinforced studio training. designed 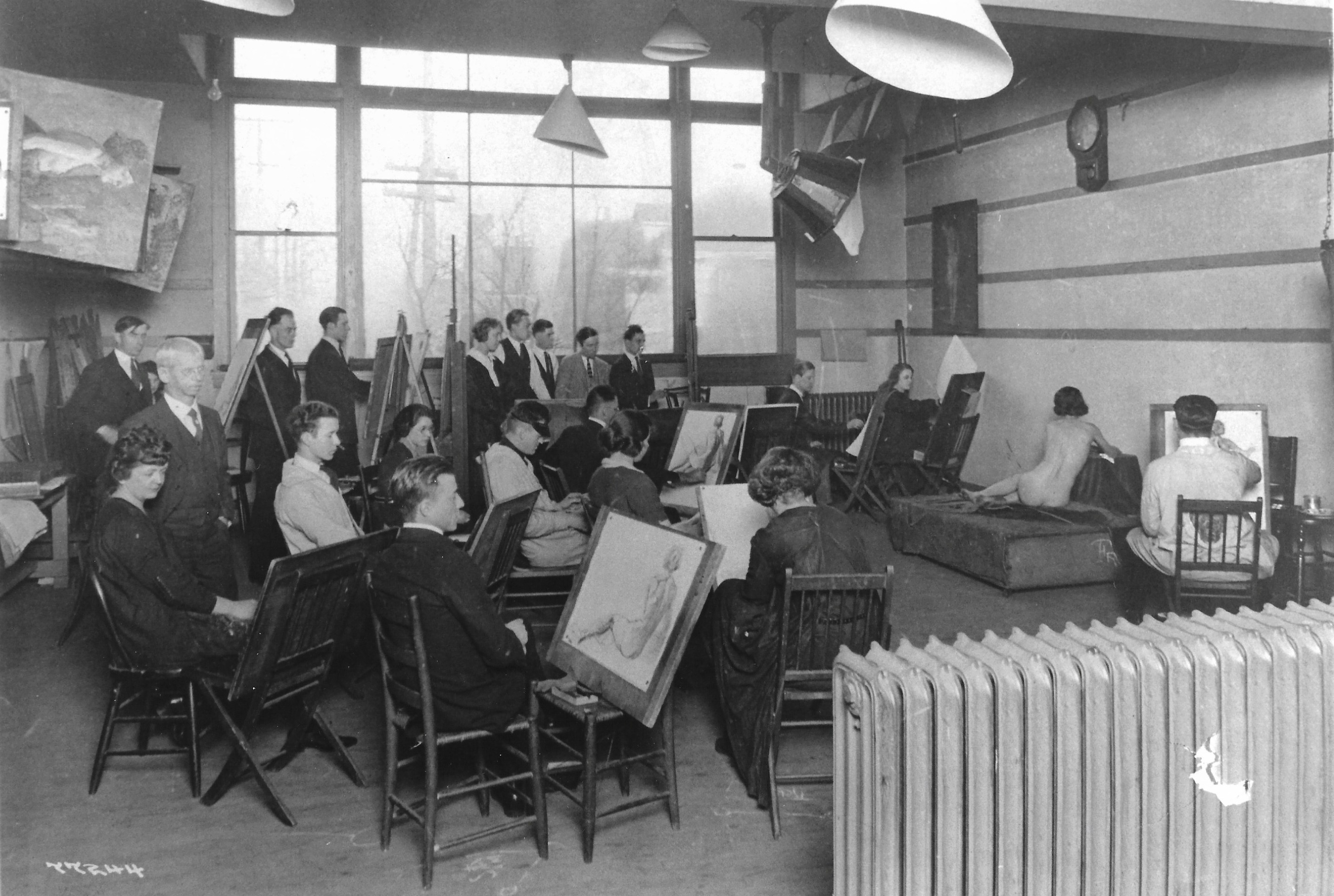 In 1958 a major bequest established the Wolcott scholarships, awarded to seniors for postgraduate study. A legacy from Caroline Fesler funded the construction of another building, Fesler Hall, designed by Evans Woollen and opened in 1962. In 1966 the Art Association board of directors decided to separate the art school from the art museum. Negotiations led to Herron’s acquisition by Indiana University in 1967, with Mattison serving as the school’s first academic dean. It became part of IUPUI with its creation in 1969. 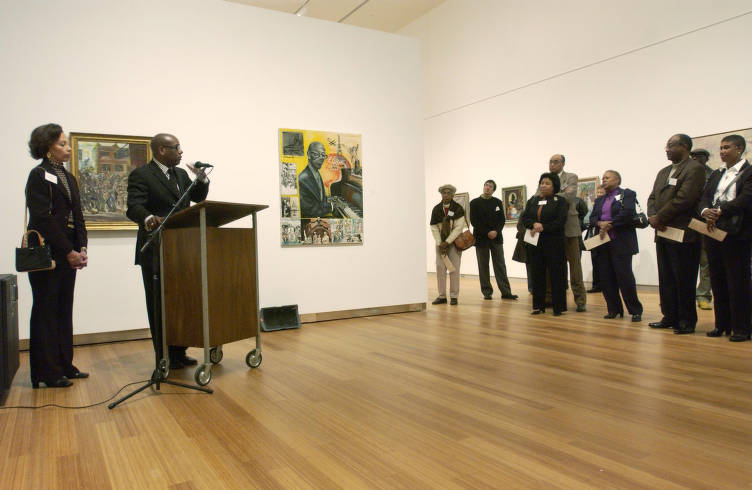 With the art museum’s departure from the Herron campus in 1970, the school acquired the museum building and converted it to classrooms, studios, the Herron Library, and the Herron Gallery. The library (later moved to Eskenazi Hall on the IUPUI main campus) houses an important collection of art reference material. Herron Gallery, Indianapolis Center for Contemporary Art, opened in 1971. During the 1980s its annual program of contemporary art exhibitions brought to Indianapolis important new work not otherwise seen in Indiana. The gallery commissioned, and in 1989 premiered, Dromos Indiana, a work of video art examining the Indianapolis 500-Mile Race.

In 1990 Herron received its largest legacy gift, a $200,000 scholarship bequest from Marilyn Redinger Van Sickle honoring the parents of her husband Joseph, a Herron alumnus. A successful capital campaign to raise funds for new buildings in 1999 resulted in the opening of a new ceramic arts facility one year later. 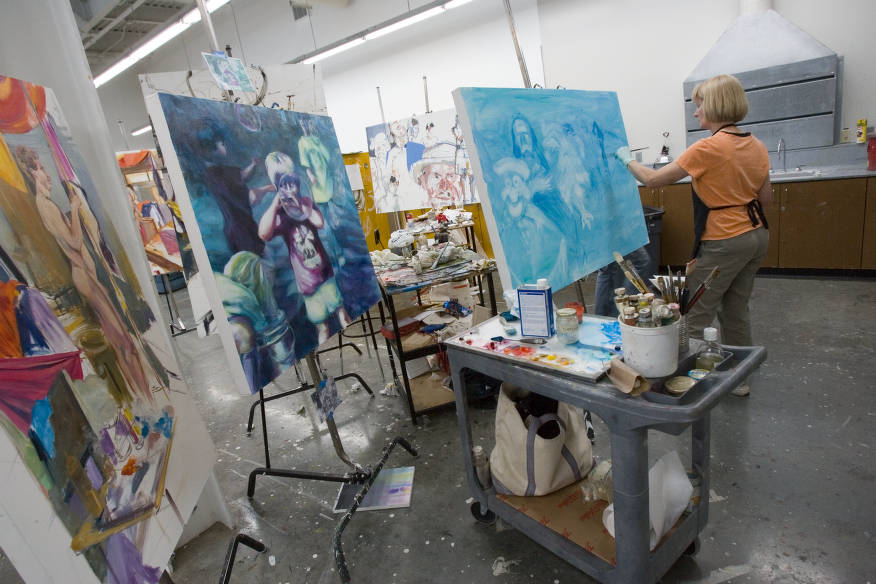 In 2003 the Herron Chronicle was published, detailing the history of the art school over the past one hundred years. In 2005, Eskenazi Hall, a new home for the Herron School of Art and Design, was completed. The 169,000-square-foot facility tripled the amount of space available to Herron students. The new building houses a 5,500-square-foot library, a 240-seat auditorium, a 4,200-square-foot space that accommodates five galleries, and several computer labs. Through its visiting artist lecture series, Saturday school for children, and summer art workshops Herron extends the reach of its programs to the Indianapolis community.

The original Herron art school’s buildings, which are in the Herron-Morton Place Historic Neighborhood, serve as the home of Herron High School, a classical liberal arts charter high school.