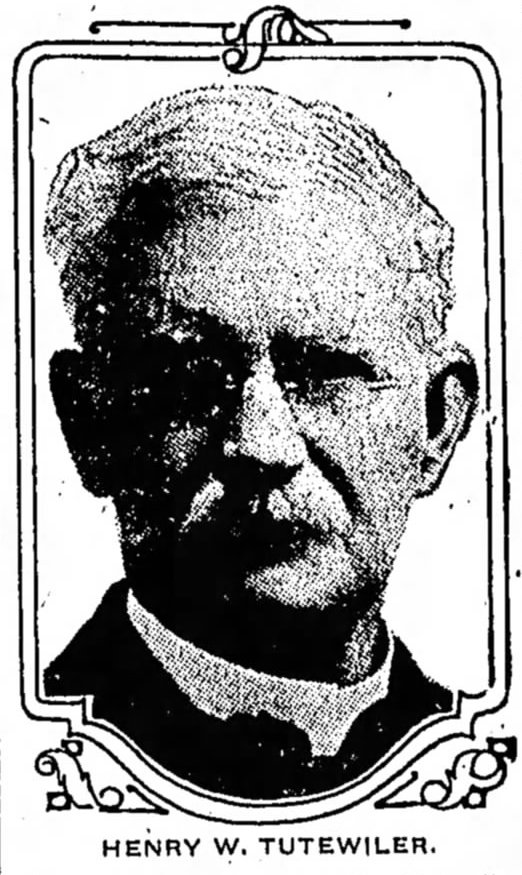 When Tutewiler was a student at Northwestern Christian (later Butler University), he enlisted in Company D, 17th Indiana Volunteer Infantry. At the close of the Civil War, he joined his brothers in a stove and tinware business. Later, he opened a retail shoe firm called “Boot Upside Down.” During the 1870s, he served two terms as city treasurer. In 1885, he became a mortician, establishing Tutewiler & Son on West Market Street.

Like his father, son Harry D. Tutewiler was a mortician and an active Republican. In 1902 and again in 1904, he was elected Marion County Coroner and served on the State Examining Board of Embalmers.

The younger Tutewiler’s particular contribution to Indianapolis was in the development of recreational facilities (see Playground and Pool movement). He established the first public bathhouse in 1906 and later donated it to the city. He promoted swimming pools and playgrounds throughout Indianapolis. He also chaired the recreation committee of the Children’s Aid Association and served on the city’s playground commission, 1909-1914.