(Nov. 27, 1868-June 15, 1944). Atkins was born in Atlanta, Idaho Territory, and moved to Indianapolis with his family at age two. He was one of the original pupils of the Indianapolis Classical School for Boys and graduated with honors. At 16, he entered Yale University and graduated in 1889 as one of the youngest in the class. He then became superintendent of E. C. Atkins and Company, a saw factory begun by his father in 1856. Upon his father’s death in 1901 Atkins succeeded to the presidency of the company, which was reputed to be one of the nation’s largest saw manufacturers. 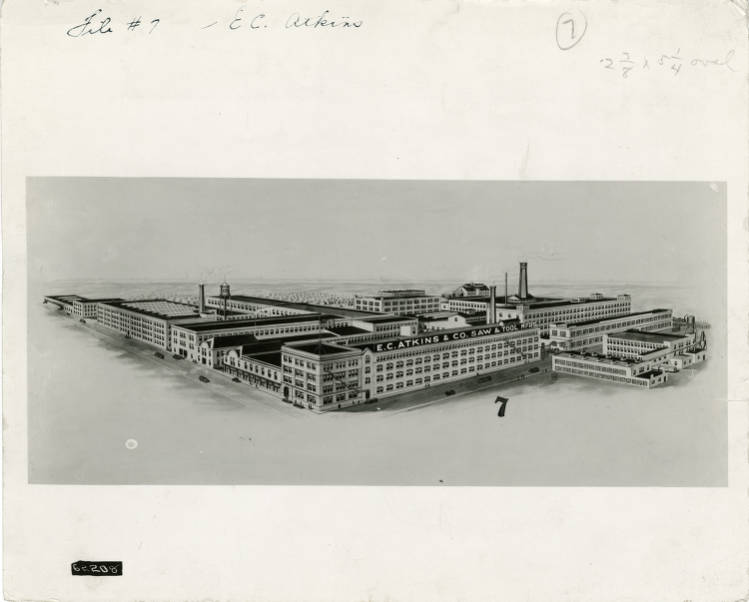