Heartland Film Festival, established in 1991, began with a question that its founder, Jeffrey L. Sparks, raised in the 1980s: what could be done to inspire the creation of more “life-affirming stories” in the theater and film? Sparks, who at the time served as executive director of the Indiana Children’s Christian Home in Lagoda, Indiana, was a theater graduate from the University of Evansville. He recruited two of his friends from the program to help him answer this question. In 1986, they gathered 12 friends and professionals from the entertainment industry, business, and academia in Indianapolis to “discuss questions of art’s purpose.” They wanted to find a way to influence culture through film and theater in a positive way.

The group concluded that a writer’s lab—workshops “for writers to get together, try out new material, and receive suggestions and thoughts for improvement” from other participants—would be the best way to proceed. The second prong of the project would be a film festival. They took inspiration from the Sundance Institute, best-known for the Sundance Film Festival.

While a student at the University of Evansville, Sparks had spent time acting in Summer Stock productions in New Harmony, Indiana, and the group chose the historic town as an ideal location for a writer’s lab. With support from Jane Owen (the widow of Kenneth Owen who was a descendant of Robert Owen, founder of a utopian experiment in New Harmony) and others, the New Harmony Project took place in spring 1987.

By 1990, Sparks and his New Harmony Project board were ready to launch the accompanying film festival that the original group had envisioned in 1986. With support from the Stratford Foundation, established by Kenneth Olson, founder of Digital Equipment Corporation, the Heartland Film Festival became a nonprofit organization in 1991. The mission of the festival sought to “recognize and honor filmmakers whose work explores the human journey by expressing hope for the positive values of life.” The wording of the organization’s mission statement hence has been transformed to “inspiring filmmakers and audiences through the transformative power of film.” 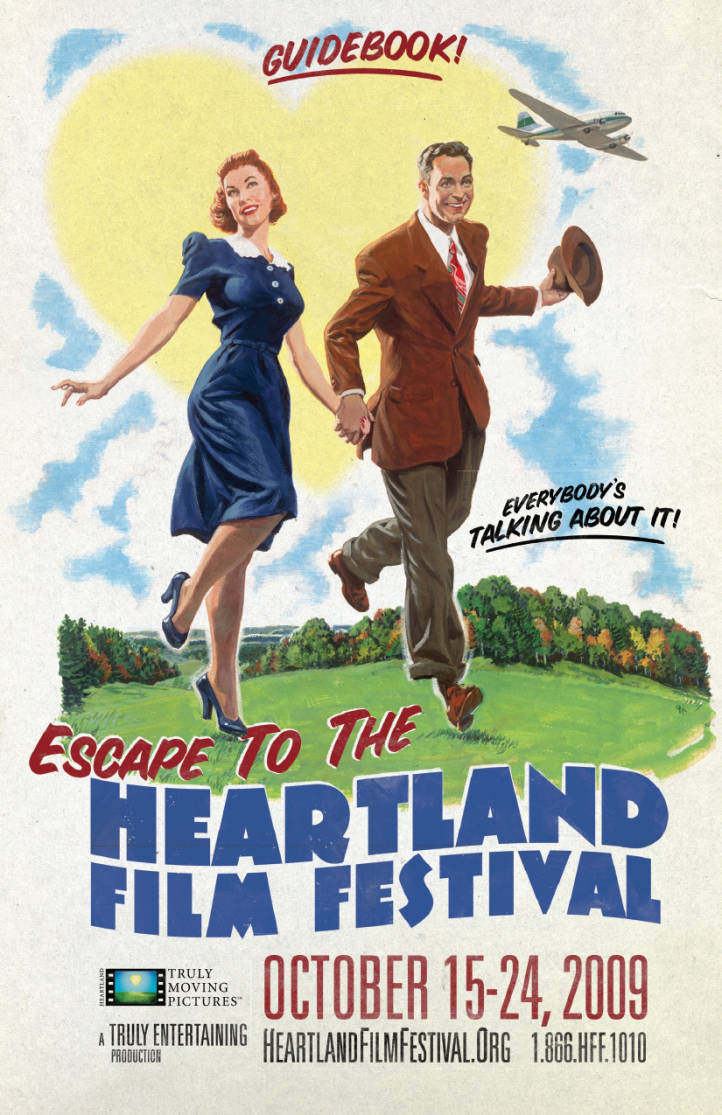 The first Heartland Film Festival took place in 1992. The Stratford Foundation underwrote the cost, and the festival opened with $100,000 in cash prizes, the largest amount offered by any other film festival in the world at the time. Lilly Endowment, Inc., which provided grants to the New Harmony Project, also became a major funder of the festival.

For the second festival, the “Truly Moving Picture Award” was implemented to honor major motion pictures that aligned with the organization’s mission statement. Such films as Schindler’s List (1993), Forest Gump (1994), Hotel Rwanda (2004), The Kite Runner (2007), Lincoln (2012), and The Book Thief (2013) have been classified as “Truly Moving Pictures.” In 1999, Heartland also established the “Jimmy Stewart Legacy Award” for student filmmakers.