(Dec. 31, 1858-May 9, 1937). Harry S. New was born in Indianapolis to John Chalfant New, a prominent banker and state Republican Party leader, and his first wife, Melissa Beeler New. While New began his education in the Indianapolis Public Schools, he also traveled in Europe for many years as a teenager. He was exposed to politics in the national sphere when his father served as treasurer of the United States under President U. S. Grant (1875-1876).

New graduated from Butler University and, in 1878, began working as a reporter at the Indianapolis Journal. In 1880, he and his father purchased the newspaper. The Journal, which generally supported Republican candidates for office, gained prominence under the News’s leadership. Rival newspapers went out of business, making the Indianapolis News and the Indiana State Sentinel its chief competitors.

The senior New is credited with being the chief architect of Benjamin Harrison’s presidential campaign (1888). Following Harrison’s election, New suggested that the Harrison Marching Society, which had been organized in support of the new president’s candidacy, be renamed the Columbia Club, after the popular patriotic synonym for the United States. It became one of the leading social clubs in the city. When Harrison appointed his father consul-general to London (1889-1893), New accompanied him.

New returned to Indianapolis at the end of the Harrison presidency and worked as the editor of the Indianapolis Journal but soon charted his own career in public service. He served as a state senator from 1896 to 1898 before volunteering for the Spanish-American War. Although he remained stateside during the conflict, he earned the rank of captain and became adjutant-general of his brigade in Jacksonville, Florida.

In 1903, New sold the Indianapolis Journal to Charles S. Henry. Following the sale, he became president of the Bedford Stone and Construction Company, while continuing to pursue a career in politics. He operated in the inner circles of the Indiana Republican Party organization, representing the state on the Republican National Committee beginning in 1900. New served as vice chairman of the committee in 1906 and chairman in 1907-1908.

New entered the Indiana U.S. Senate race against Democratic incumbent John W. Kern in 1916. He won the election with a GOP majority. Because of his past prominence on the Republican National Committee, he became instantly chairman of the Committee on U.S. Territories. He also was appointed to the powerful Foreign Relations Committee, where he sided with its chairman Henry Cabot Lodge, the U.S. senator from Massachusetts, in his opposition to the League of Nations, the predecessor to the United Nations. As Lodge’s righthand man, New blocked and frustrated President Woodrow Wilson, defeating U.S. participation in the organization.

Although a close friend of Wilson’s successor, President Warren G. Harding, New lost his reelection bid to Albert Beveridge, who had been U.S. Senator for Indiana from 1899 to 1911, in a bitter Republican primary battle in 1922. Following his defeat to Beveridge, Harding appointed him postmaster general in 1923, in part, because of his interest in aviation. While a senator, New had been the first to suggest creation of a U.S. air force and promoted air mail service. As postmaster general, he established government-owned and -operated postal motor service in U.S. cities to replace more costly contract services. For air mail, however, New did the opposite. He contracted private airlines to carry air mail, which proved less expensive than using government airplanes and pilots for its delivery. The change boosted the development of commercial aviation. President Calvin Coolidge, Harding’s successor, retained him as postmaster general for his entire presidency, until March 4, 1929.

New died of pneumonia at the Johns Hopkins Hospital in Baltimore, Maryland. He is buried at Crown Hill Cemetery. 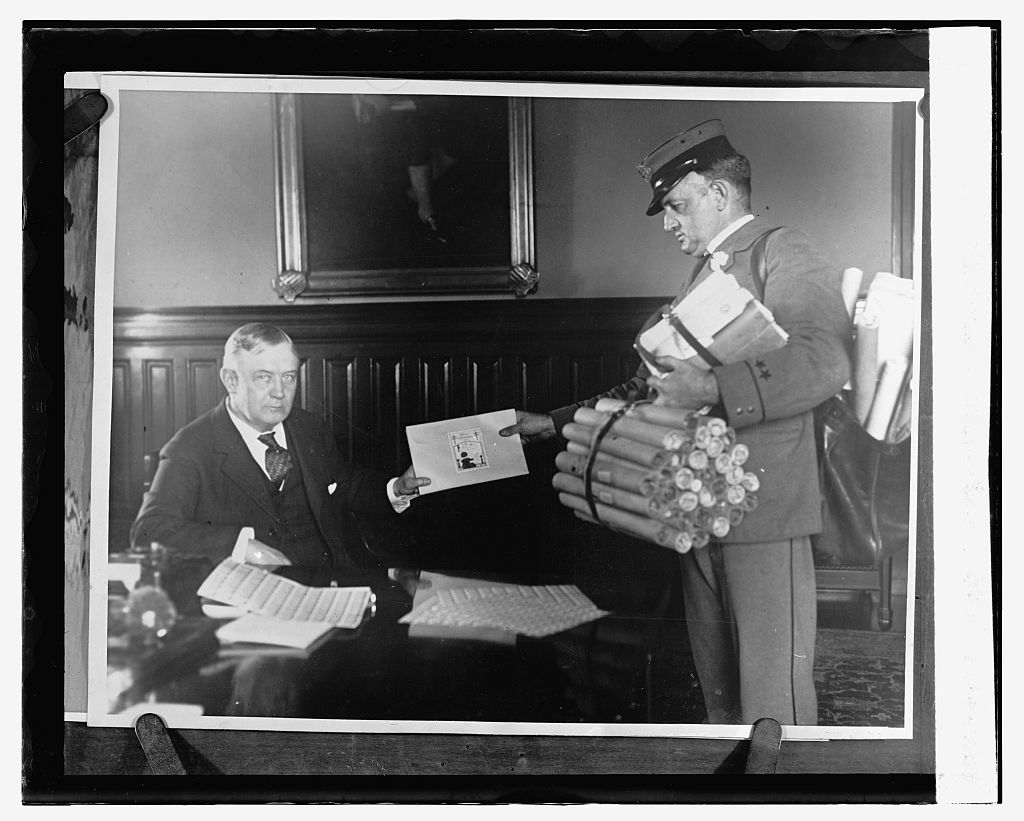