(May 21, 1914-Feb. 9, 2006). Harry Allen Davis was an Indianapolis-based artist and educator. While he was born in the town of Hillsboro, in Fountain County, Indiana, he spent the majority of his youth living in brownsburg. As a young artist, he attended the John Herron Art Institute, earning his Bachelor of Fine Arts in 1938. 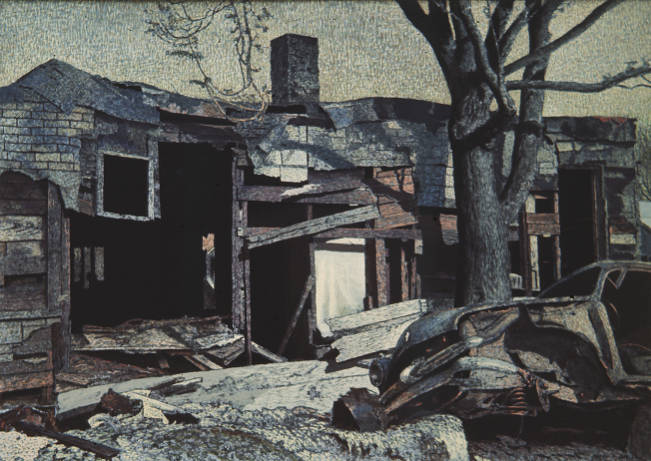 The same year Davis graduated college, he won the Prix de Rome for his painting Harvest Dinner, which depicted a rural Indiana family. As part of the award, Davis was provided a scholarship to study at the American Academy in Rome. His time at the academy afforded Davis the opportunity to study and paint throughout Europe, North Africa, and New York.

In 1941, Davis was artist-in-residence at Beloit College in Wisconsin, where he stayed for about a year before enlisting in the U.S. Army on October 10, 1942. Davis was able to use his artistic skills while enlisted in the Army. As part of the 84th Engineering Battalion, he designed and painted camouflage on bombers, clothing, and equipment in North Africa. He was assigned to the 85th Infantry Division in 1944 where he served as a combat artist in Italy with the Fifth Army Historical unit. Davis was finally discharged in 1945 with the rank of sergeant and returned to Indianapolis. 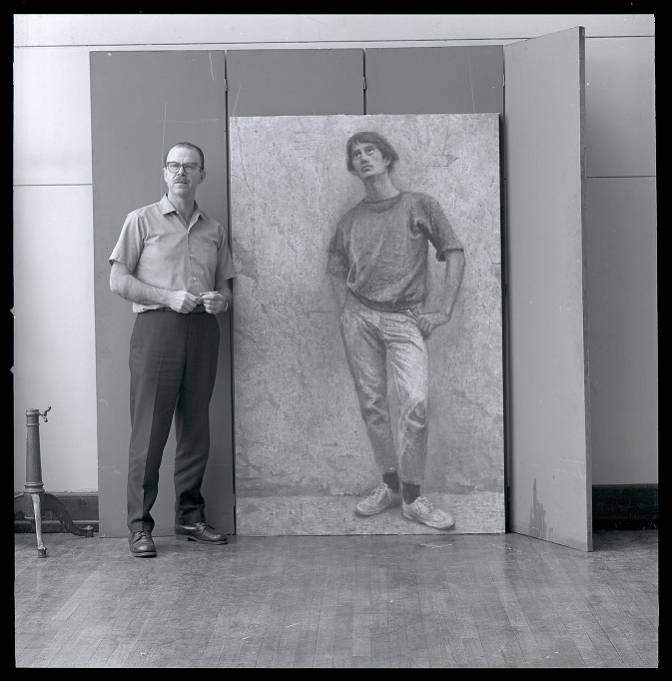 In 1946, Davis began what would be a 37-year-long career as a drawing and painting instructor at his alma mater. It was during this time that he married fellow Herron alumna Lois Peterson, and the pair had two children.

Though his day job was as an educator, Davis continued painting at his studio in Brownsburg and showing his work in exhibitions and art contests at museums, galleries, and public institutions all over Indiana. In 1971, Davis was able to do research in England after being awarded a stipend from Herron and the Milliken Fund. The next year he presented his My City exhibition for the Indiana Sesquicentennial. Then in 1975, Davis took a sabbatical to paint in southern Indiana. Davis presented a traveling show, Here and There: the Italian Influence, in 1983. In 1983, Davis retired from Herron having earned the title of professor emeritus. In addition to this title, the Harry A. Davis Faculty Award was created by the Herron Alumni Association in honor of Davis. The award is presented each year to instructors that demonstrate a commitment to their students.

Davis completed hundreds of works of art throughout his career. He is considered an important Indiana painter of the post-Hoosier Group/Brown County period. He won best of show in the annual Hoosier Salon a record 10 times. His work has received numerous other awards and honors including near yearly awards from the Indiana Artists Annual exhibition at the Herron Galleries, and Andi Servaas Memorial Award from historic Indiana Landmarks. 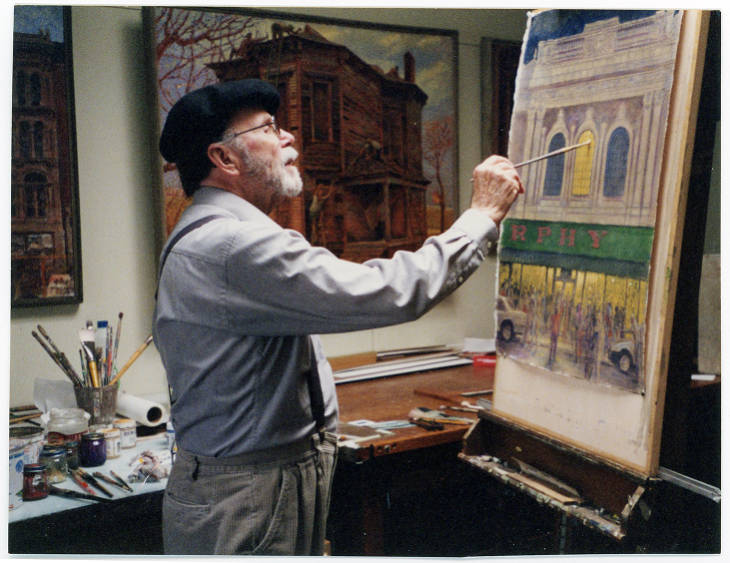 Davis’s works are included in the Indianapolis Museum Of Art; the Butler Institute of American Art in Youngstown, Ohio; the Indiana State Museum; the Art Museum of Greater Lafayette; and the Haan Mansion Museum of Indiana Art.