In 2018, the Harrison Center for the Arts was rebranded as simply Harrison Center. The Harrison Center operates six art galleries, artist’s studios hosting up to 36 artists, a historic gymnasium, and a sprawling outdoor greenspace. Nonprofit partners in the building have included ArtMix (formerly VSA Arts), the Nature Conservancy, Herron School of Art, IUPUI, Herron High School, and New Hope Counseling. 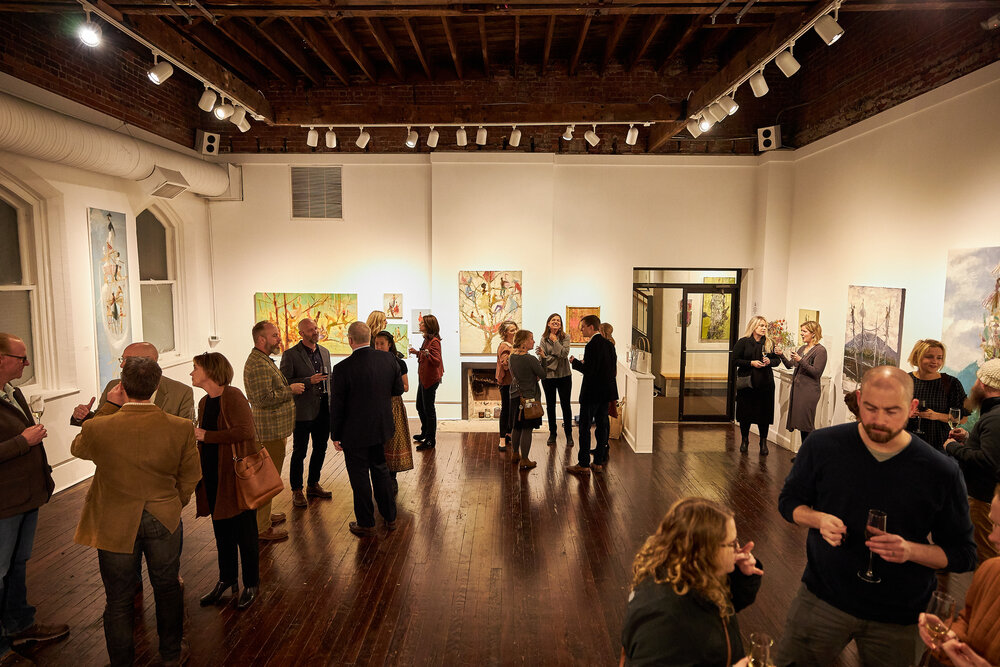 Through programs such as First Fridays, FoodCon, singer-songwriter residencies, a monthly Art Dish dinner-conversation event, the annual Independent Music + Arts Festival, and an annual Holiday Window Walk, the Harrison Center promotes growth and sustainability of the arts and culture in Indianapolis by connecting local artists, musicians, and chefs to an engaged audience.

The Harrison Center uses large- and small-scale creative placemaking and place-based art in its drive to positively impact the cultural and social fabric of Indianapolis neighborhoods. A 2004 Gates Grant helped fund the large-scale Herron High School which the Harrison Center launched in the basement in 2006. Nationally recognized as a top-performing Indiana high school, the tuition-free school aims to nurture the next generation of world-class citizens. Out of Herron’s success blossomed Summer Academy, which focuses on academics while connecting students to local culture and architecture; the Cultural Entrepreneur Internship, which aims to teach specialized entrepreneurial skills to foster continued cultural development in Indianapolis; and the opening of a sister school, Riverside High School.

Other successful placemaking efforts have planted seeds for long-term change in core neighborhoods suffering from poverty, home vacancies, and persistent crime. Efforts such as HipHoperetta showcase neighborhoods’ architecture and stories through musical history tours, and the appropriation and repurposing of the billboard located at 16th and Delaware Street as a frame for art to celebrate and tell stories of place. 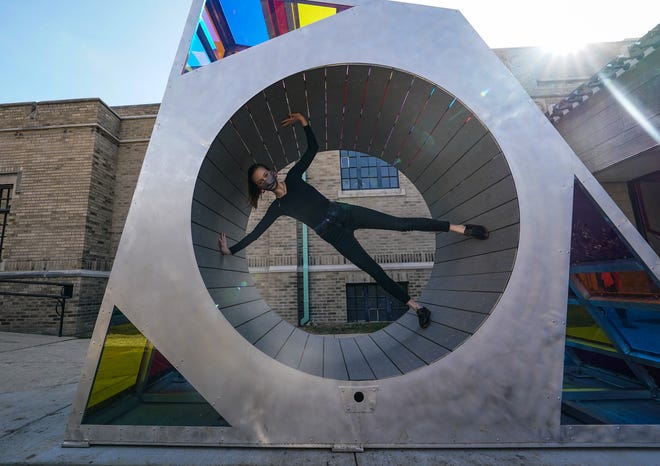 By spearheading projects to improve neighborhood life, the Old Northside and surrounding neighborhoods have become home to thousands of new residents, which has spurred economic development. The Harrison Center’s City Gallery promoted downtown living and offered Concierge services for a five-year project, a small-scale placemaking effort that connected incoming residents to realtors and existing residents to neighborhood cultural events. This service was vital in the renaissance of urban Indianapolis neighborhood living.

The Harrison Center is credited with creating a groundswell of cultural activity in the near-northside area, spurring revitalization and economic development in the community. As a response to gentrification concerns, Harrison Center created PreEnactment Theater to help neighbors envision a revitalized neighborhood that is also inclusive. The one-day interactive and site-specific performance uses theater sets and performances to cast a vision of disinvested neighborhoods becoming vibrant, economically stable, and equitable. Significant attention at the #PreEnactIndy event at the Monon16 neighborhood resulted in a substantial city-funded commitment to affordable housing and rehabilitation of the area.

To help connect neighbors the Harrison Center started the #PorchPartyIndy initiative, which encourages people to gather on their porches, share food and drink, and cultivate community. An annual partnership with the Indianapolis Motor Speedway in May encourages the entire state to host race-themed porch parties. The effort has drawn national attention as an innovative method to strengthen the community in neighborhoods.

A 2019 Lilly Endowment grant allowed the Harrison Center to make itself even more welcoming and to increase access to the arts. Upgrades to the existing structure include converting the indoor and outdoor spaces to community gathering spaces that will continue to promote the arts and culture as urban community unifiers.

Harrison Center for the Arts