(Nov. 20, 1902-Mar. 16, 1922). George Tompkins was born in Frankfort, Kentucky, where his great-uncle and great-aunt Robert and Fannie Smith raised him from the time he was nine months old. He migrated to Indianapolis around 1920, living first on Colton Street on the site of the present-day Iupui campus in 1920. The family later moved to Holborn Street. 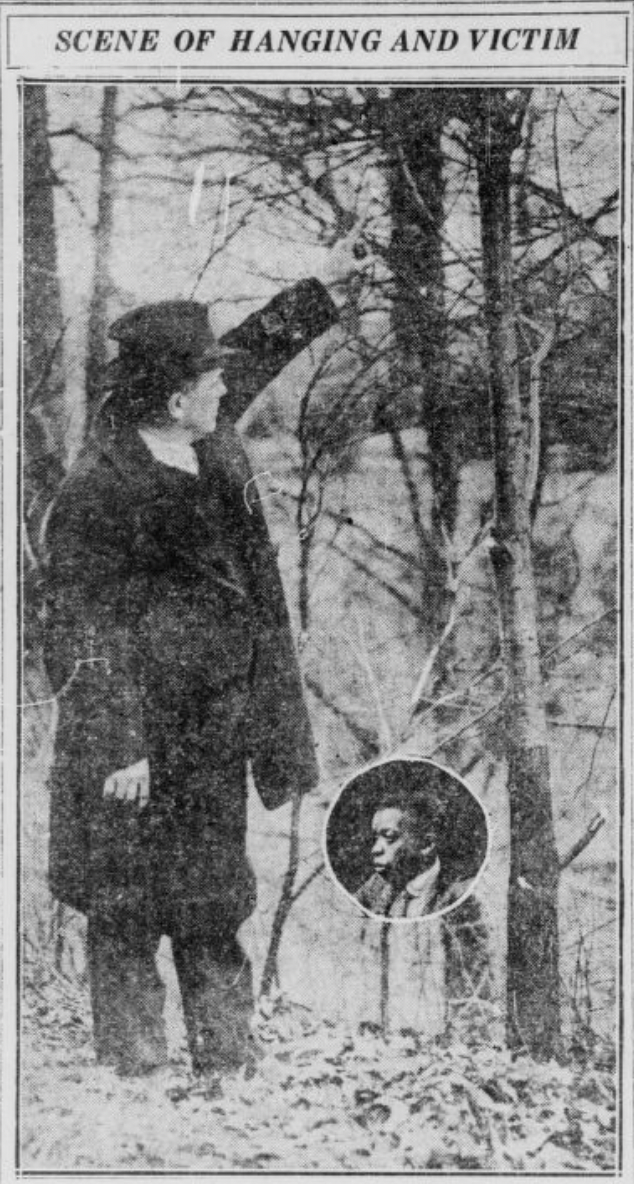 Tompkins worked at Fairmount Glass Works, which operated at Prospect Street and Keystone Avenue, until two weeks before his death. He quit his job to return to Kentucky to visit his gravely ill mother. At approximately 7:30 am on March 16, 1922, he left home to head to Kentucky. At noon that same day, Tompkins’ body was found in the woods near Riverside Park.

The Indianapolis News reported Tompkins was found hanging in the woods at Cold Spring and Lafayette roads on March 16, 1922, with his hands tied behind his back. He was only 19 years old. His body was covered in dirt, leading the police to believe he had been murdered elsewhere and hung from the tree to conceal the incident. However, a contingent of police officers theorized that Tompkins committed suicide.

At the scene of the hanging, Dr. Paul Robinson, Marion County coroner, ruled the death a murder stating, “There could be no question that the man had been murdered and his body then tied to the tree.” He noted that Tompkins was already dead or close to death at the time of the hanging.

After the incident dominated the front page of the News for two days Deputy Coroner Dr. George R. Christian autopsied Tompkins’ body on March 18, 1922. The death certificate noted the place of death as Robinson’s Camp. The manner of death was originally stated as “open” but was changed to read “suicide” on Tompkins’ death certificate. Early 20th century officials hesitated to label African American deaths as lynching within city limits. 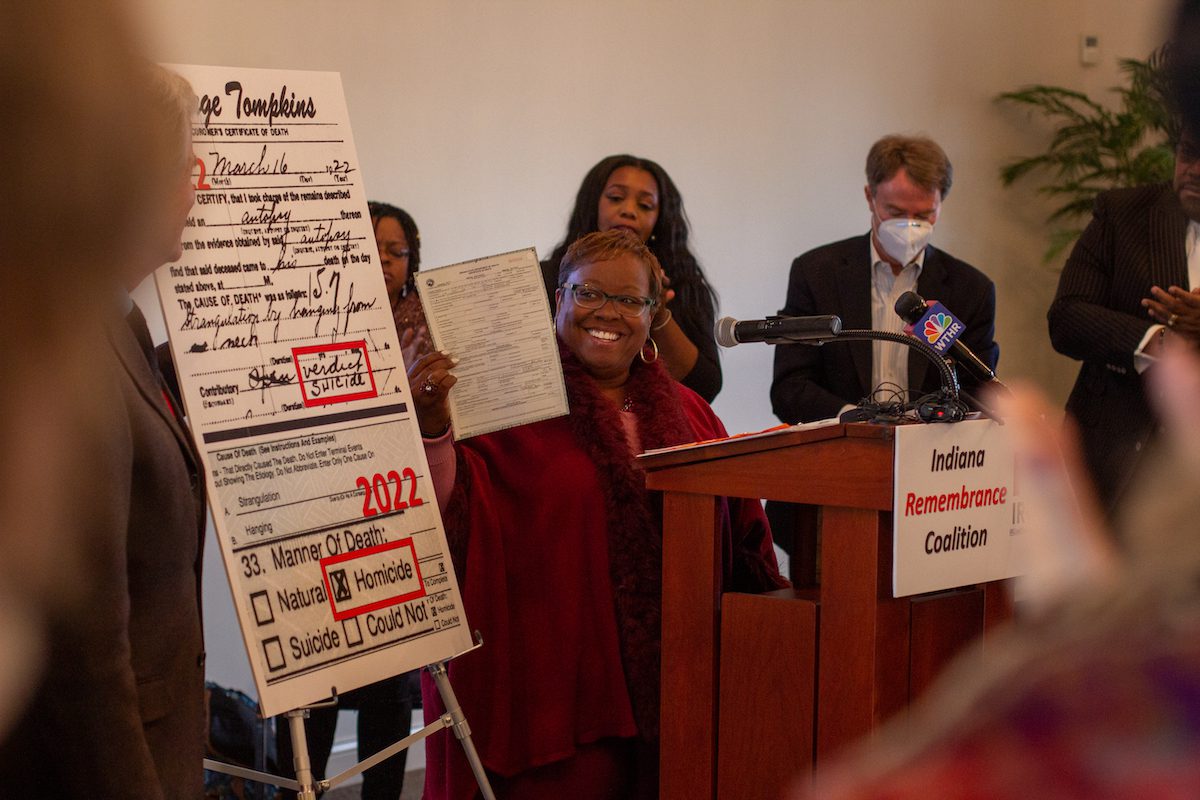 After Christian ruled the death a suicide, the story disappeared from the news cycle. Tompkins was buried in an unmarked grave in Floral Park Cemetery in Indianapolis.

One hundred years later in March 2022, the Indiana Remembrance Coalition and others dedicated to racial justice uncovered Tompkins’ story. The Coalition brought Tompkins’ case to the attention of Alfarena McGinty, the chief deputy coroner of Marion County who returned the original manner of death on the death certificate to homicide.

On March 12, 2022, a new headstone in Floral Park Cemetery was laid honoring Tompkins.