(Feb. 24, 1852-Jan. 17, 1941). Born Johann Georg Alig in Affeier, Switzerland, a small village in the eastern Alps in the Canton of Grissom (Obersaxon), Alig’s family farmed and raised cattle as well as provided postal, food, and lodging services in the neighboring village of Meierhof. Alig attended grade schools in Grissom and later in Freiburg, Germany.

In 1868, Alig joined his brother, who worked in private banking and loan brokerage businesses in LaRochelle, France. Two years later he returned to Switzerland where he joined his father, Baldesaar, in the cattle-raising industry.  Alig traveled to France and Italy in connection with cattle shipments.

Alig came to America in 1872, at age 21, encouraged by an uncle living in Paris. He purportedly came with $20 in his pocket, boarded a St. Lous-bound train, and stopped in Indianapolis after fellow passengers convinced him it was “a fine city with many Swiss and German people.” In Indianapolis, the English Hotel on Monument Circle hired him as a clerk, largely because he was able to speak seven languages. 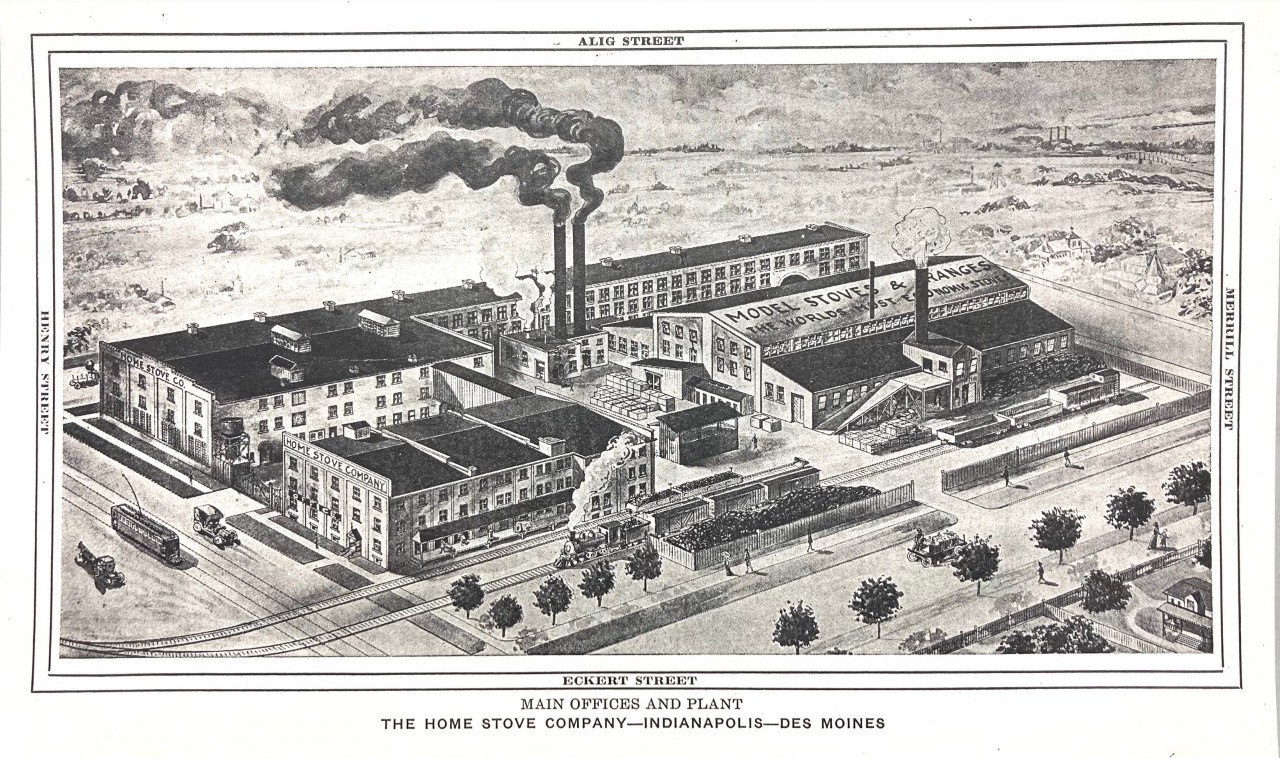 Later Alig worked with D. Root & Company, a stove manufacturer in Greenfield, Indiana. He then acquired an interest in the company and in 1875 became one of the incorporators and vice president of the newly organized Indianapolis Stove Company. Alig continued in his role there until 1893 when he disposed of his company holdings and used an additional inheritance from his uncle to found the Home Stove Company. He became president and general manager, moving the operation to Kentucky Avenue and Henry Street. The company showroom and offices were located at 117-119 South Meridian Street. Home Stove also had a regional outlet in Des Moines, Iowa. 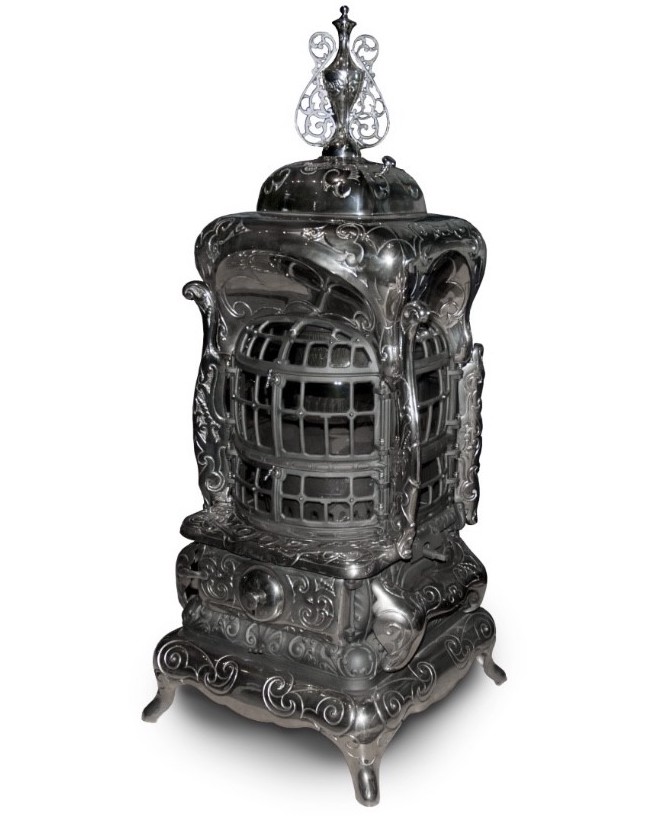 The U.S. Patent Office issued patents for 90 percent of the stoves produced. Virtually every feature of a stove could be patented, including plate warmers, water tanks, adjustable racks, and even scrollwork. Alig was granted several patents for cooking and heating stoves, and the Home Stove Company emerged as a successful producer of stoves in competition with such companies as the Detroit Stove Works and the Michigan Stove Company, two of four major stove manufacturers existing in that city during the same time period. At its peak, Home Stove employed over 300 men and distributed products throughout the country.

Alig met Cornelia Schirmer, whose family immigrated to Indianapolis from Speyer, Germany, and they were married in 1877. The couple’s Queen Anne-style home at 1608 North Park Avenue was formerly built and owned by Vice President Charles Fairbanks.  The Aligs raised five sons and two daughters at this address. By 1928, Alig decided to retire from his company, handing control to his oldest son, George Alig Jr.  George Sr. remained active as the president of the Home Investment Company, a real estate holding company. During the next generation, the business remained in the family, eventually winding down the manufacturing side due to a shift in market preferences after World War II.

Alig traveled often to his birthplace in Switzerland always taking one or more of his children. He never forgot his Swiss family and sent support to them. He also funded the building of the church in Meierhof. On the last of these trips, Alig became very ill and was confined to bed on his return.