The Freemason’s Grand Lodge of Indiana, with its doctrine of self-knowledge and service, was chartered in 1823 and met in various cities before finding a home in Indianapolis that same year. Shortly thereafter, harvey gregg, samuel henderson, and others founded Center Lodge, which first met in the Washington Hall tavern on October 7, 1823. Many prominent Indianapolis citizens became Masons, including Governor James Whitcomb, who was a Royal Arch Mason, and Indianapolis businessman Alexander Franco, who was reputedly the first known Jewish Mason.

The Prince Grand Hall of Indiana, a branch of North American Freemasonry for African Americans, was established in 1856. Membership doubled between 1857 and 1865 but fell again after the Panic of 1873. 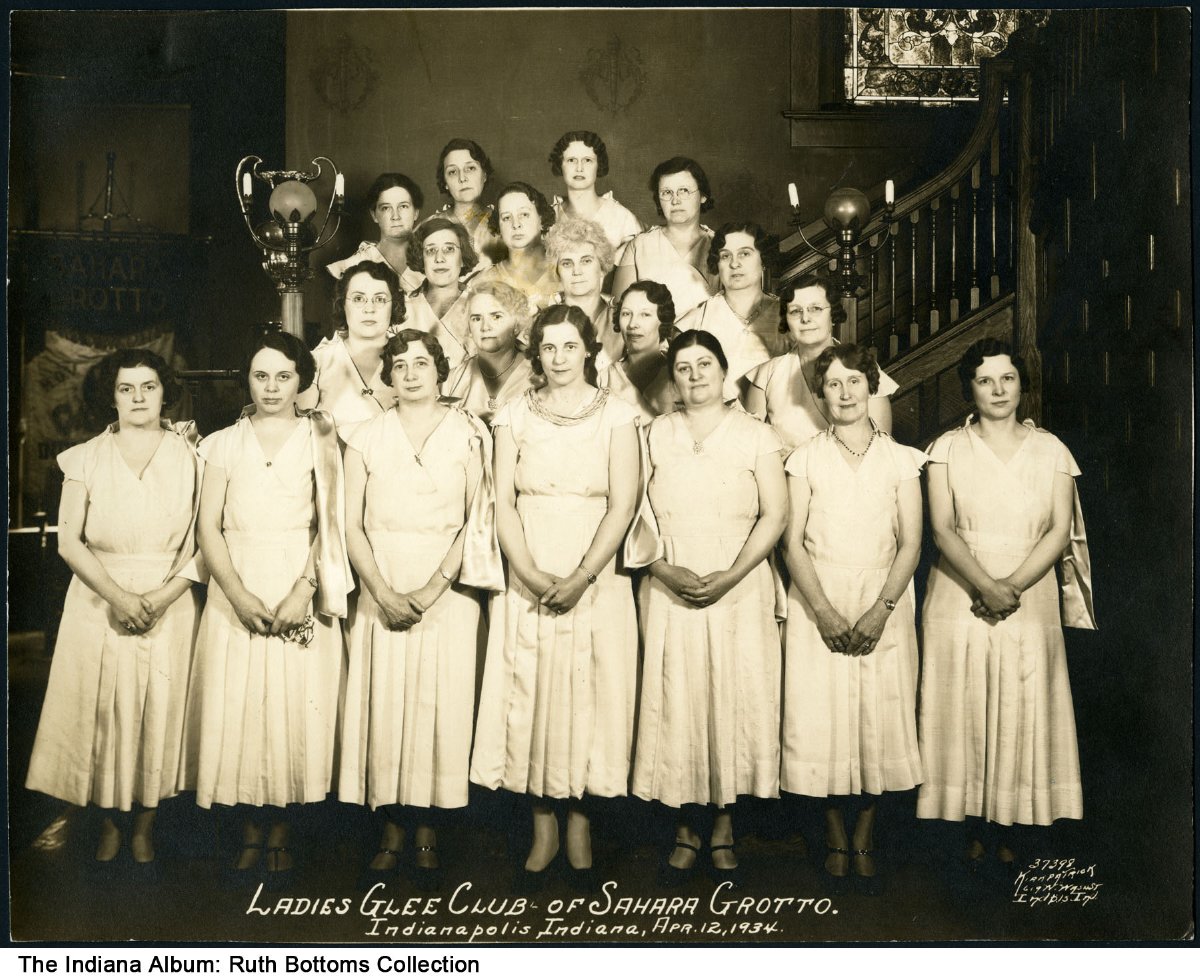 By 1901, Indianapolis claimed 2,042 members. Citizens gathered to watch Masonic parades and funeral processions. New Masonic temples were built of stone as examples of the trade of masonry. The first Masonic Hall in Indianapolis (constructed 1848-1850) was for many years the city’s principal venue for public lectures and concerts. It also hosted the state’s second Constitutional Convention in 1850-1851. Indiana Freemason Hall on North Illinois Street, designed by the Indianapolis architecture firm rubush and hunter was dedicated in 1909. The Murat Temple, home to the Ancient Order of Nobles of the Mystic Shrine, designed by another noted Indianapolis architect Oscar D. Bohlen (See Bohlen, Meyer, gibson and Associates). The Scottish Rite Cathedral, designed by George F. Schreiber was completed in 1929 and is the city’s premier Masonic building.

Locally, Masonry is practiced by a variety of groups, which though united by a desire for self-improvement and service, practice different rites. The most prominent groups are the Ancient Accepted Scottish Rite, Order of the Eastern Star, Sahara Grotto, the Ancient Order of Nobles of the Mystic Shrine, and Prince Hall Masonry.

In 1993, when Indiana Freemasons celebrated the 175th anniversary of Freemasonry in the state, Indianapolis had 13,229 Masons in 23 lodges. Following trends of other fraternal organizations, membership dropped in the 2000s. By 2020, the number of Masonic lodges across the city had dropped to 16.