(Oct. 24, 1864-May 27, 1921). Frank H. Wheeler was a native of Manchester, Iowa, coming to Indianapolis from California in 1904. He reportedly made and lost two fortunes in business before arriving in Indiana. 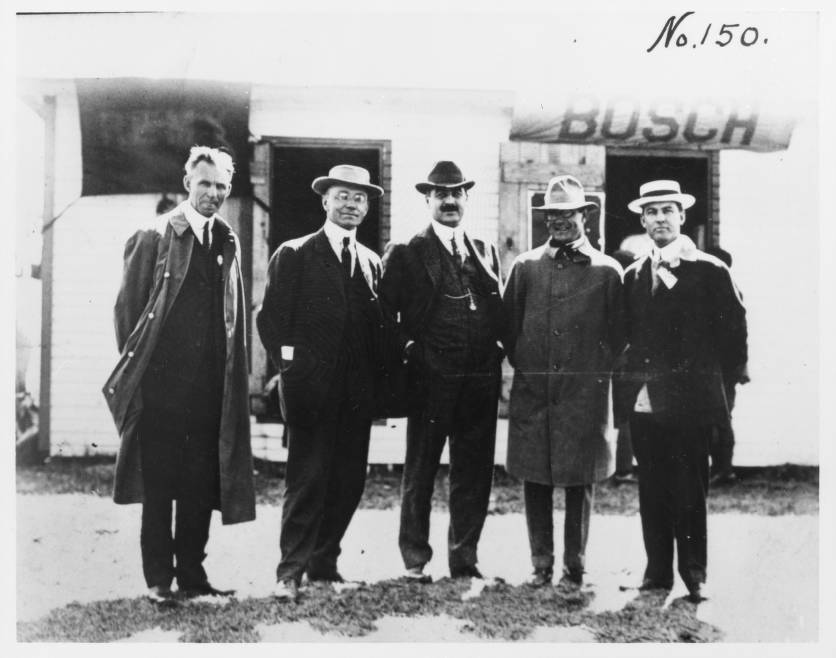 Shortly after his arrival, Wheeler met George Schebler, the inventor of one of the first successful carburetors for internal combustion engines. The two formed the Wheeler-Schebler Company, which began manufacturing the units in a small room on Alabama Street near Washington Street. Wheeler provided financial backing and office management skills, while Schebler was in charge of production.

The firm grew into one of the best companies of its kind in the world, soon expanding its product line to include the manufacture of magnetos and small electric motors used in ignition systems. In 1915, Wheeler purchased his partner’s interest in the business for a reported $1 million. Wheeler extended his business involvement beyond automobiles, serving as president of the Langenskamp-Wheeler Brass Works and as a director for the Stutz Fire Engine Company.

Through his involvement in automobile parts manufacturing, Wheeler developed a friendship with Carl G. Fisher and, with Fisher and James A. Allison, became an original investor in the development of the Indianapolis Motor Speedway.

During 1912-1913, Wheeler built a magnificent, buff-colored villa on a 30-acre tract adjacent to Fisher’s home on Cold Spring Road. (The two estates, along with that of Allison, now comprise much of the campus of Marian University.)

During this time, his involvement in Indianapolis activities grew to include the Columbia Club and Scottish Rite. Wheeler was known to provide vegetables, fruit, and flowers from his garden to children throughout the city. An elementary school in Speedway was named for him.