(Mar. 1, 1876-July 19, 1960) Frances Berry Coston was born in Rockhold, Kentucky, located in Whitley County on the southeastern border of the Commonwealth. She graduated from Berea College, which was established by abolitionist John Fee in Berea, Kentucky, in 1869 and dedicated to interracial education. Coston completed postgraduate work in literature and languages at the University of Chicago and was the first Black student to graduate from the Pulitzer School of Journalism at Columbia University. She also graduated from Harvard’s Starred Course in English for authors and journalists. 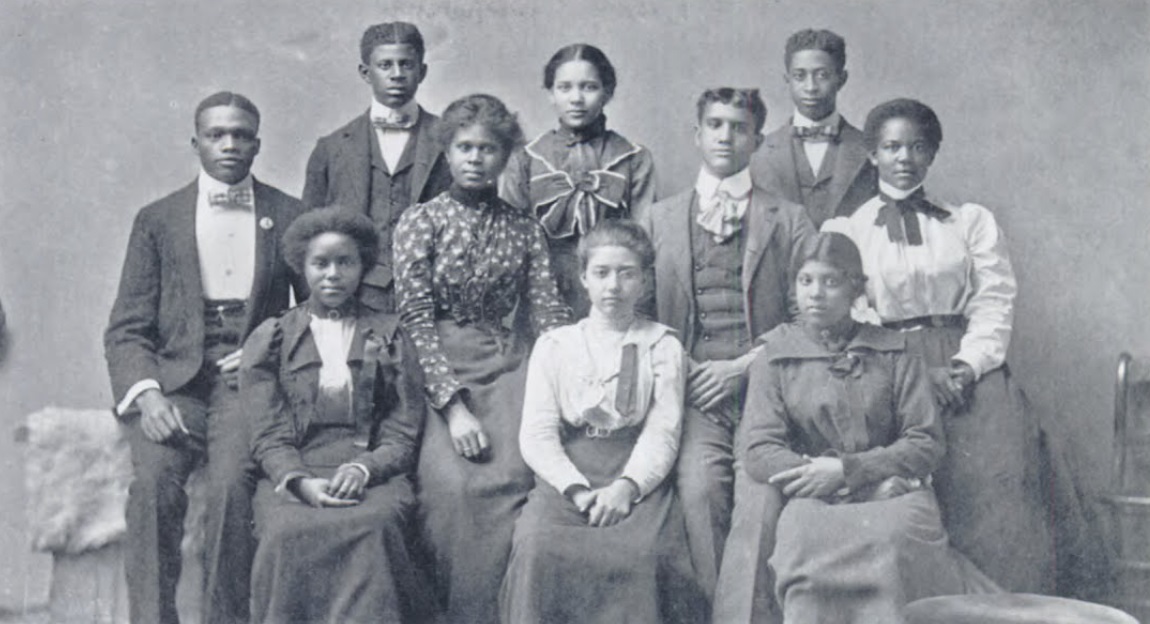 Coston had a lengthy career in education. She taught at Kentucky State College (Kentucky State University), a historically Black college and university (HBCU) located in Frankfort, Kentucky, before coming to Indianapolis where she began teaching English and mathematics in a series of segregated elementary schools in the Indianapolis Public School (IPS) system in 1906. She taught at ips no. 26 for the 1906-1907 and 1908-1909 school years, before she moved to IPS No. 17, where she remained until 1919.

In 1912, while she was teaching at IPS School No. 17, the Indianapolis News hired Coston as a news correspondent. She wrote about the social issues affecting Indianapolis’ African American community. She also wrote literary reviews for the Book Review Department of the News.

When Branch 7 of the Equal Suffrage Association was founded in the home of Madam C. J. Walker on June 25, 1912, Coston was among many public school teachers in attendance. Her unique position as a teacher and an employee of the News afforded her the platform to urge African American women to vote and to encourage Black women’s clubs to engage in community outreach to spread word of the importance of universal suffrage.

For her next IPS assignment, Coston became principal of School No. 68, located within the Indianapolis Asylum For Friendless Colored Children, established by the Society Of Friends (Quakers) at 317 West 21st Street. Her work at the asylum, also known as the “Colored Orphans Home,” gained national attention in the social services field. During the five years that she led the school, she found remedies for the inferior conditions in which the children lived and learned. She improved the facility and upgraded equipment through strict policy implementation and raised consciousness about the orphanage’s consistent overcrowding and insufficient funding. Heightened awareness of the facility’s deficiencies led the Marion County Board of Commissioners to take over its management from the Society of Friends in 1922.

Inspired by her work at the orphanage, Coston founded the Educational Aid Society in 1921, with the mission to help orphans achieve higher education. In this effort, Coston aimed to further the education of orphans, which usually ended at the primary level and occurred solely within the walls of the asylum, at IPS high schools. Coston also strove to place orphans in boarding schools and colleges once they finished their secondary education. Some enrolled at the Tuskegee Institute, Hampton College, or Fisk College (all HBCU’s). Others received scholarships to attend State Normal at Terre Haute (Indiana State University), Butler University, and the John Herron Art Institute.

Coston made noticeable progress in her fundraising for the Educational Aid Society. She doubled its endowment from $1,500 to $3,000, which she solicited doggedly from both Black and white benefactors. As a result of her work, management shifted to the Marion County Board of Commissioners and led to plans for a new orphan’s home, built between 1923 and 1924 at Keystone Avenue and East 25th Street. After leaving the Orphan Home, Coston became one of the first faculty members at the new segregated Crispus Attucks High School, which opened in 1927.

Coston maintained membership with the woman’s improvement club (WIC). She served as the WIC treasurer and as a fundraiser for its social service programs, namely its work with the fresh air camp for tuberculosis patients at Oak Hill and the fresh air school at McCoy School No. 24. Coston belonged to Second Christian Church, the Phyllis Wheatley Ywca, and the Flanner House Guild. She volunteered time as a probation officer for the Marion County Juvenile Court system, where she worked with both Black and white youth (See Juvenile Justice).

In 1918, during World War I, Coston became publicity director of the Colored Women’s War Work in Indiana. In this role, she provided data on women’s war work to the war department monthly. She also used her role at the News to publicize African American contributions toward the war effort.

After the war, Coston was named publicity chair of the Negro Women’s National Republican League, for Indiana. The organization’s primary goal was to form political organizations in every corner of the state to instruct Black women on the value of the vote and who to vote for in a presidential election. She continued as chair of publicity for the Indiana federation of colored women’s clubs well into the 1940s. Coston spent the last 14 years of her career in education at IPS School No. 19, from where she retired in 1951.

Frances Berry Coston died at the home of her daughter and was buried in Crown Hill Cemetery.