Fiesta Indianapolis celebrates the cultures of Latin America, the Caribbean, and Spain through live music, food, and thematic activities such as a parade of nations. The annual event typically takes place the second weekend of September to coincide with the start of Hispanic Heritage Month (September 15-October 15).

Fiesta Indianapolis’ first celebration, a day-long event preceded by a black-tie gala, occurred Saturday, September 19, 1981, at Obelisk Square at 501 N. Meridian Street, which is part of the Indiana World War Memorial. In 1985, the annual event moved to Monument Circle, taking place in August, to coincide with the Pan American Games Sports Organization Congress that met in Indianapolis to discuss the city’s role as host for the 1987 Tenth Pan American Games.

The event returned to its original location at Obelisk Square in 1986 and in later years expanded to the American Legion Mall, Veterans Plaza across the street. The Hispano-American Multi-Service Center (also known as El Centro Hispano/The Hispanic Center), along with donations, sponsorships, and governmental and foundation grants all supported the enlarged event.

Part of the profits from the day-long festival and gala supported year-round education programs, with the rest reserved for the proposed development of a Hispanic Cultural and Economic Center near White River State Park. The center never materialized due to a lack of funding and support.

After a hiatus in 2018, La Plaza, Inc. partnered with Indianapolis’ professional soccer team, Indy Eleven to host Fiesta Indianapolis along the pedestrian-friendly promenade at Georgia Street in 2019. 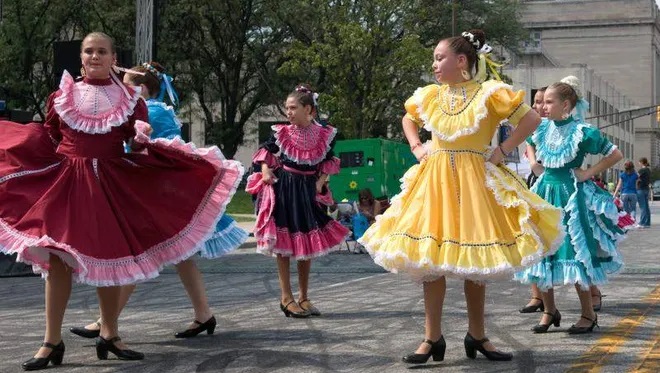 In 2020 and 2021, the Fiesta Indianapolis celebration occurred virtually because of the Covid-19 pandemic. Fiesta returned as an in-person event at Richard G. Lugar Plaza, in front of the City-County Building on East Washington Street, in September 2022.