(Mar. 14, 1896-Dec. 2, 1968). The dean of Indiana political reporters in the 1960s, the tall, courtly Cadou covered state government and politics for four decades. A 1917 Indiana University journalism graduate, he was one of the first college-trained journalists in the Hoosier press. 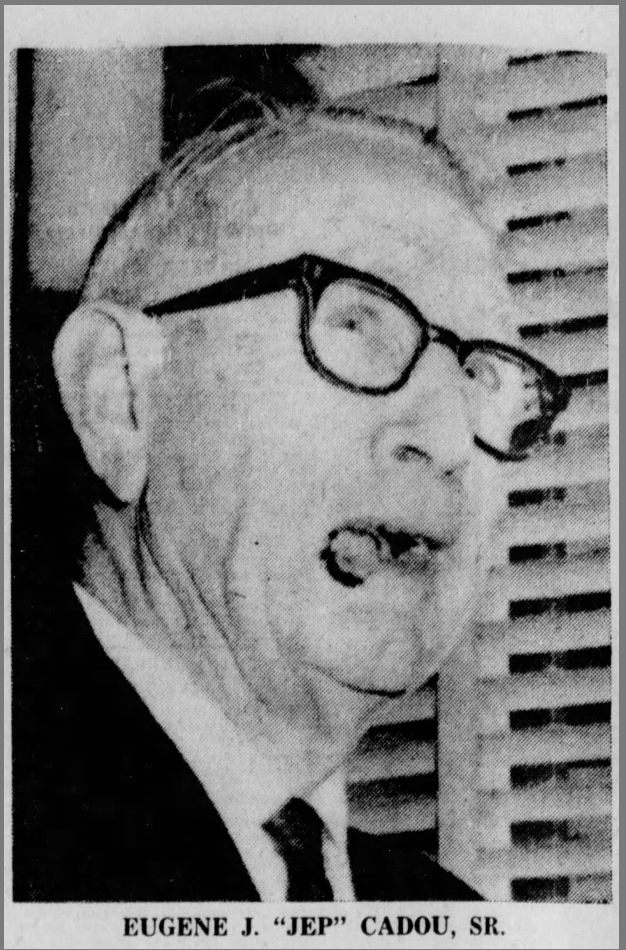 He first earned his credentials as a reporter for the Indianapolis Times covering the investigation and trial of D. C. Stephenson and the Ku Klux Klan. In 1927 he joined the International News Service (INS) and in 1934, while continuing his reporting, became its Indiana manager. When INS was merged with the United Press, becoming United Press International (UPI), he went to UPI as a political reporter and worked there until his death.

Born in Philadelphia, Pennsylvania, Cadou lived in Vincennes and Washington, Indiana, during his early life. At Indiana University he was a classmate of songwriter Hoagy Carmichael and was editor-in-chief of the school’s Indiana Daily Student. He served as an infantry lieutenant in France during World War I, and after the war attended the University of Lyons in France.

In 1968 Cadou was inducted into the Indiana Journalism Hall of Fame at DePauw University and also received Indiana University’s Distinguished Alumni Award. He was a founding member of the Indianapolis Press Club and its president in 1944-1945. It gave him the Front Page Award as the outstanding newsman of the year in 1960.