Dental problems were a common affliction of early settlers of Indiana. Casual references to dental ills abound in period newspapers and travel accounts, and facilities for obtaining dental treatment were poor to nonexistent. Sufferers depended on home remedies or the visits of itinerant dentists.

Traveling dentists usually had little formal training beyond brief apprenticeships and only the crudest of techniques and instruments. It was the age of “Mechanical Dentistry” that only addressed dental problems that caused pain and preventative dentistry was largely unknown. Decayed teeth generally were not pulled or filled, though occasionally a tinfoil plug could be inserted in a troubled tooth. Few people replaced lost teeth with false ones.

As populations increased, itinerant dentists could make a living with smaller and smaller routes that served increasing numbers of patients. Eventually, dentists could make a living serving one or two communities, finally establishing permanent offices. Dentists traditionally learned their profession as apprentices to more experienced practitioners. One of the earliest appearances of a dentist in Indianapolis was by Dr. L. B. Battle in December 1825, who “pulled teeth without pain and made false teeth.” In August 1836, the Indiana Democrat advertised the services of George H. Parker, an itinerant dental surgeon from Philadelphia. Another early professional dentist in Indianapolis was Joshua Soule, who came to the town in 1833.

An increase in the number of dentists and patients led to dental manufacturing in Indianapolis. In 1850 “Messrs. Jeffries and Allerdice, from Philadelphia” established an office for the manufacture of porcelain teeth and general dentistry. The Mrs. W. M. Herriott & Son Indiana Dental Depot was founded in 1867 and the R. L. Bodine & Co. Dental Laboratory in 1884. The growing number of dentists in the Midwest prompted the organization of the Mississippi Valley Association of Dental Surgeons on August 14, 1844, the second professional dental association in the world. Four of the twenty-four founding members were Indiana dentists including David Pickett Hunt of Indianapolis. His brother, Dr. Phinius G. C. Hunt, who served as his apprentice for two years and took over his brother’s practice after his death in 1848. P. G. C. Hunt would become the first president of the Indiana State Board of Dental Examiners and was influential in the founding of the Indiana Dental College (IDC), serving as one of its earliest Deans.

In 1853, Dr. John F. Johnston began his practice after completing his training at the Ohio College of Dental Surgery. In September 1858, Johnston invited a small group of dentists to his office to form the Indiana State Dental Association (ISDA), the first of its kind in the world. The local component, The Indianapolis District Dental Society, was founded in 1878. Around the mid-19th century, dentistry was proving to be a profitable profession and, unfortunately, attracted an influx of poorly trained practitioners. To combat this, states began to institute official programs of licensure and education for dentists. The ISDA lobbied for state legislation to formalize dentistry and in 1879 formed the Indiana Board of Dental Examiners. The same year they formed a committee to plan a state dental college. The first meeting of this group convened on June 23, 1879, and classes began at the IDC on October 1, 1879. The school was initially funded by the sale of $10,000 of stock to professional dentists, many of whom would serve as faculty. The school never received an official state charter and was governed internally.

Allied dental programs were further expanded with the creation of a dental assisting program in 1970. Female enrollment in dental schools remained minuscule for most of the 20th century, and only 174 women were enrolled in DDS programs nationwide in 1969. However, in the 1970s the number of female students increased by 1,813 percent. Numbers have improved with incoming DDS classes being 23 percent women in 1990, 40 percent in 2000, 34 percent in 2008, and 45 percent in 2021. Female graduates from Indiana have made significant contributions to dentistry. Only two women have served as chief of the U.S. Navy Dental Corps and both were graduates of IUSD, Dr. Carol Turner (DDS 1975) and Dr. Elaine Wagner (DDS 1980). In 2019, Carol Anne Murdoch-Kinch (Ph.D., 1996) became the first woman to serve as Dean of the Dental School. People of color have, predictably, been underrepresented in dentistry. A 1979 survey found only 51 Black dentists in Indiana. The earliest African American graduates of the dental school were Dr. Stanley L. Addison (DDS 1897), Dr. William A. Birch (DDS 1900), and Dr. Oscar W. Langston (DDS 1904). The first Black woman to graduate from the dental school was Dr. Nancy Jane Hockett (DDS 1900), although it was 71 years before the next, Dr. Marilyn Cosby (DDS 1971). Diversity continues to be a challenge for the profession. The 2021 entering DDS class at the IU School of Dentistry is 3.6 percent Black or African American, 6.7 percent Hispanic, and 25.2 percent Asian.

In addition to playing an important role in dental education, Indianapolis has been the site of important dental research, bringing changes in dentistry worldwide. In 1900, Dr. John N. Hurty began doing experiments on the effects of fluorine on the hardness of tooth enamel. In the 1940s, Dr. Virgil D. Cheyne, an associate professor at the Indiana University Medical Center, experimented with a fluoride solution to prevent tooth decay.

In the early 1950s, IUSD student, and later faculty member, Dr. Joseph Muhler, pioneered research on fluoride dentifrices that led to the development of Crest toothpaste, the first product ever endorsed by the American Dental Association. In September 1951, Indianapolis responded to this research by fluoridating the city’s water supply. The following year 12,000 Indianapolis school children were examined by 160 volunteers from the Indianapolis District Dental Society. By the fifth year of these exams, dentists found a 30 percent decrease in needed dental repair.

In 1968, with the expiration of the original patent, IU used royalty money to construct a new facility, the Preventative Dentistry Research Institute, later renamed the Oral Health Research Institute, which became a hub of oral health research. In 1981, Dr. Arden Christen and colleagues reported definitive clinical trials on the effectiveness of chewing gum containing nicotine as an aid to stop smoking. This led to the FDA approval of Nicorette gum and established tobacco cessation as a continuing focus of research at IUSD. In 1985, Drs. Bradley Beiswanger and Mark Mallatt reported the first clinically proven “tartar control” dentifrice. In 1994, Dr. George Stookey was awarded a patent for a pet food chemical coating that provided tartar for dogs and cats.

Indiana dentists have made significant contributions to the dental profession through scholarly publication and service. In 1860, Dr. Joseph Richardson published the first textbook on mechanical dentistry, the term for restorative dentistry and prosthodontics, which made up the majority of dental practice of that time, A Practical Treatise on Mechanical Dentistry. Dr. Richardson would eventually become one of the earliest professors of Mechanical Dentistry at the IDC.

The IDC was one of the first dental schools to offer coursework in radiology, and in 1913 Dr. Howard Raper (DDS 1906) published the first textbook on the subject, Elementary and Dental Radiography. Perhaps most influential, in 1963, Dr. Ralph E. McDonald published Pedodontics. A later edition was rechristened Dentistry for the Child and Adolescent and saw the inclusion of Dr. David Avery as an editor. This text has become a standard for dental students studying pediatric dentistry and is the longest-running textbook on the topic in history. 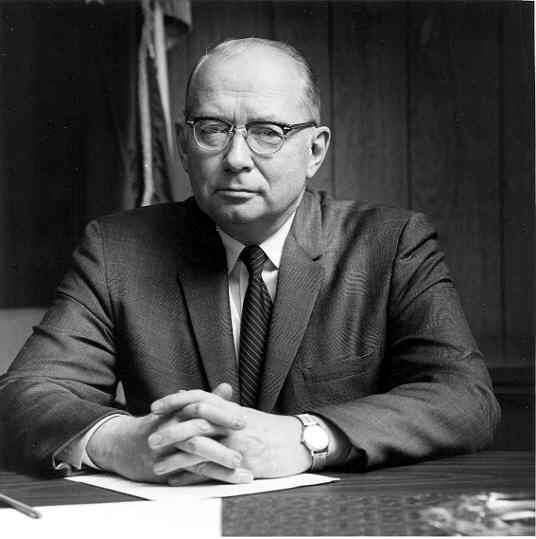 Over the years, Indianapolis has attempted to make dental care available to all its citizens. As early as 1919, the Children’s Aid Society operated the city’s first free dental clinic staffed by volunteer dentists. In 1922, the clinic became a part of the Board of Health, but in the 1930s was kept open by the Jewish Federation when the city could no longer afford to fund it. Other clinics have been operated at the Fletcher Place Community Center and in Martindale-Brightwood, the last two financed by the Community Services Program of Indianapolis, a federally funded antipoverty program.

Other community oral health initiatives in Indianapolis include: IUSD’s Student Outreach Clinic (SOC), SEAL Indiana, which uses portable equipment to provide preventive oral health services such as exams, dental sealants, and fluoride treatments for children who do not have adequate access to dental care, Veterans’ Employability: The Dental Connection, Special Smiles (in conjunction with Special Olympics), and the ADA program, Give Kids a Smile.