(June 24, 1857-Aug. 22, 1926). A lifelong resident of Indianapolis, Brown was the brother of Hilton U. Brown, general manager of the Indianapolis News. After graduating from Butler University in 1879 he became a tutor of Greek and completed his master’s degree at Butler in 1880. From 1882 to 1883 he studied at Tubingen University in Germany and then was professor of Greek at Butler until 1906. He taught at the American School of Classical Studies in Athens, Greece, from 1892 to 1893. In 1896, he published his translation of Selections From Lucian. He also compiled several editions of the Indiana Legislative And State Manual. 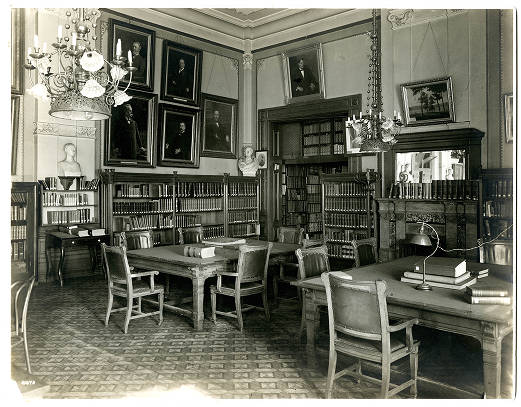 In 1906, Brown was appointed state librarian by Governor James Mount and the state board of education. He held this position until he died. In 1925, his title was changed by law to director of Indiana library work. As state librarian, Brown was celebrated for his success in adding to the state’s collection of original manuscripts, letters, state papers, and historical Indiana materials of all kinds.

From 1893 to 1921, Brown served as a member of the state board of charities and was president of the Indiana Conference of Charities in 1904. From 1910 to 1911, he was president of the National Association of State Librarians. He was also a member of numerous national, state, and local organizations, including the Indiana Historical Society, Athenaeum, Indianapolis Literary Club, and Contemporary Club.