The migration of Danes to America was sparse and slow, with the largest movement occurring late in the 19th century. Economic and political instability in Denmark and the lure of jobs and land in America were the principal reasons for emigrating. Most emigrants were rural peasants or members of the urban working class who quickly assimilated into American society because of their small, scattered numbers. 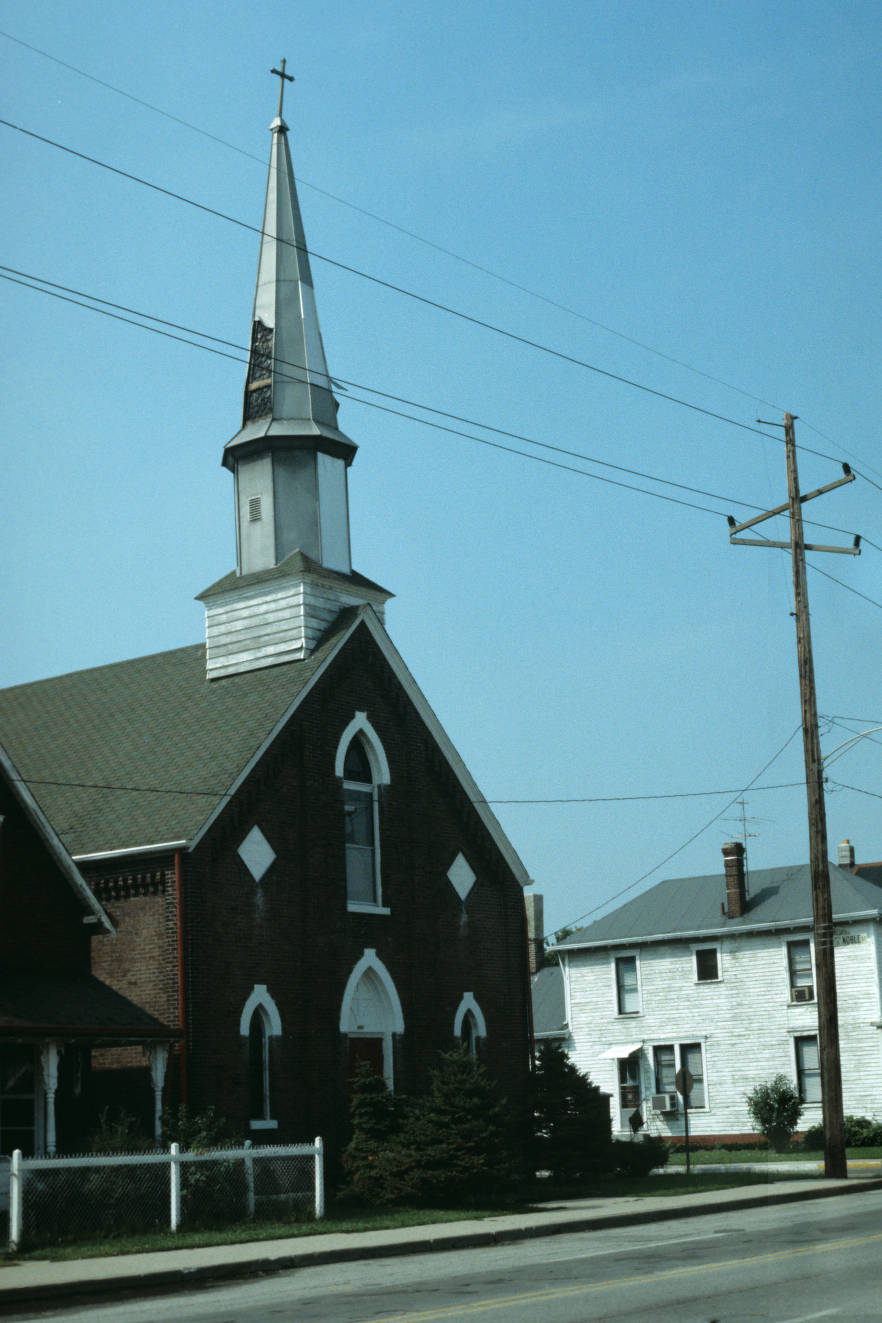 These patterns held true for the Indianapolis Danish community, which owed its existence to the city’s well-established German community. In 1860, the German Lutheran congregation of St. Paul’s contracted with a Cleveland, Ohio, firm to build a new church. Two recently emigrated Danes, Hans Peter Weis and Rasmus Svendsen, both from Fanefjord on the southeastern island of Moen, arrived in Cleveland in 1860 and joined the work crew sent to Indianapolis in spring 1861. Family members eventually joined the two men in the city.

In 1865, Weis visited Denmark and returned with 40 young men and women from Moen and the neighboring island of Falster. By 1870, nearly 50 Danes lived in Wards 7 and 9 on the city’s near southeast side. Most males were employed in construction; others worked as tailors, shoemakers, and coopers.

In 1867, the Danish community, with the assistance of St. Paul’s pastor, Carl Frinke, sought to establish a Danish Lutheran congregation. Since most Danes had joined Norwegian churches, they requested assistance from the Norwegian Lutheran Synod in locating a Danish pastor. Markus Weise, a student at St. Louis Concordia Seminary, arrived in 1868 and organized Trinity Lutheran Church, the first Danish congregation in the country.

In the late 19th century, doctrinal disputes within the Danish church divided the community, resulting in some Danes relocating to Haughville and others to farms west of the city. By the early 20th century, Danes had moved farther south and northwest to the Riverside neighborhood.

Danish immigration to Indianapolis was always sparse. The 1880 census recorded 114 Danes in the city while the 1910 census showed a peak of 208 native-born Danes. Many worked in the building industry; others continued farming. The most successful of these was Carl Moller, owner of a dairy farm and milk delivery business located on present-day Moller Road.

The Danish church continued to be the religious and social center of most Indianapolis Danes. In the 20th century, however, the Swedish Lutheran Church and Grace Lutheran Church had small numbers of Danish members.

Fraternal organizations, including the Danish Brotherhood (1905), the Danish Sisterhood (1911), and the Danish Sick Society (1910), offered both financial and cultural support to those Danes who settled in the city. Although other attempts were made to create Danish nationalist societies, none survived for any length of time, proof of the complete assimilation of the Danes into the Indianapolis population.

This church was once a Danish congregation and an important center of the Danish community in 19th-century Indianapolis.