(Nov 20, 1878-Jan. 21, 1958). Born and reared in rural communities in central Indiana, Bowers moved to Indianapolis at age 13 with his divorced mother. As a student at Indianapolis High School, he was a voracious reader and became a confirmed Democrat. In 1898 the youth graduated and also won the state oratorical contest but lacked the money to attend college. Instead, he worked for a publisher, the future Bobbs-Merrill Company. 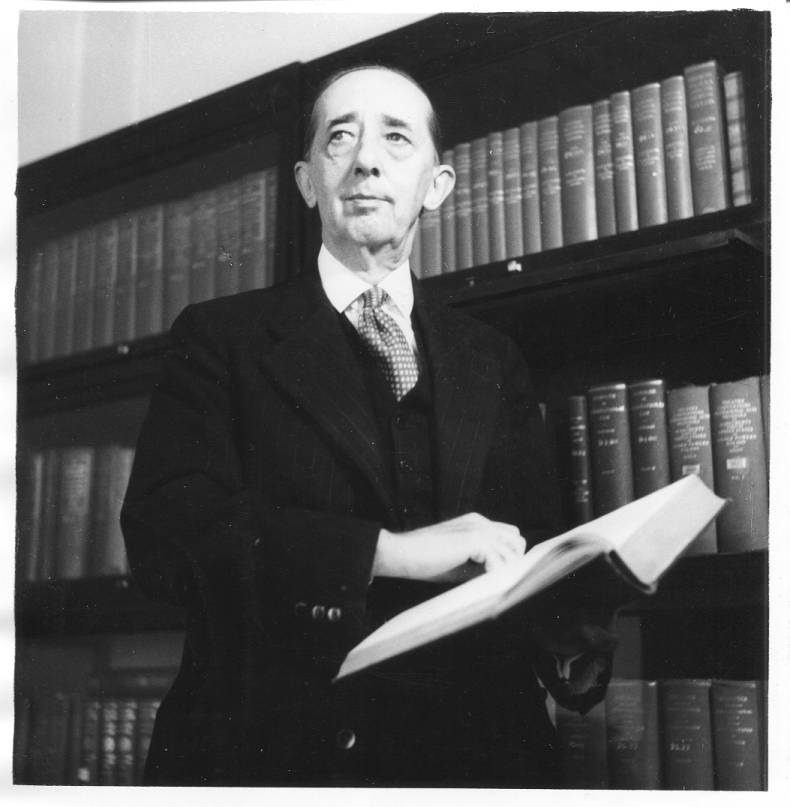 In 1900 he became the major editorial writer for the Indiana State Sentinel, Indianapolis’ Democratic daily, and gave the first of hundreds of speeches for the Democracy. His rapid-fire delivery soon earned him the tide “Gatling Gun Orator of the Wabash.” From 1903 until 1923 Bowers lived in Terre Haute, Washington, D.C., and Fort Wayne. He wrote editorials for the Terre Haute Gazette and Indianapolis Star advocating Progressive reforms and served on the Board of Public Works.

Defeated for Congress in 1904 and 1906 by the Republican incumbent, Bowers went to Washington in 1911 as secretary to Senator John W. Kern. During Woodrow Wilson’s presidency, Kern became the first party whip and shepherded New Freedom legislation through the Senate. Bowers handled many responsibilities for the overworked senator—important office duties, liaison work with constituents, and speeches in Indiana.

Kern’s defeat sent Bowers in 1917 to Fort Wayne where for six years he contributed editorials to the Journal-Gazette. Bowers’ national prominence followed his move to New York in 1923. He was an editorialist first for Pulitzer’s Evening World and in 1931 for the Evening Journal, which distributed his signed columns in other Hearst newspapers coast to coast.

He befriended and wrote speeches for Robert F. Wagner, Al Smith, and Franklin D. Roosevelt (FDR). At the 1928 Democratic convention Bowers delivered a memorable keynote address and in 1932 campaigned for FDR. Bowers’ historical works also brought him a national reputation. The Irish Orators (1916) was followed in 1918 and 1932 by laudatory biographies of Senator Kern and Hoosier Republican Albert J. Beveridge; The Party Battles Of The Jackson Period (1922), a vigorous defense of the seventh president; the charming Spanish Adventures Of Washington Irving (1940); and Pierre Vergniaud (1950), praising this French revolutionary orator.

Bowers’ fame as a historian rests principally on two other works: Jefferson And Hamilton (1925) and The Tragic Era (1929). In the former, the author applauded the Virginian for championing democracy while excoriating his opponent for defending aristocratic interests. In The Tragic Era the partisan historian blamed Radical Republicans for humiliating white southerners following the Civil War.

Jefferson In Power (1936) and The Young Jefferson (1945) completed Bowers’ trilogy on his democratic hero. Recent historians have taken issue with Bowers’ interpretations of Jefferson and Reconstruction. Scholars have condemned the Tragic Era, in particular, for providing a foundation for the segregation and disenfranchisement of Black Americans. Yet Jefferson And Hamilton has gone through 27 printings, and The Tragic Era probably has attracted a larger readership than any other study on Reconstruction.

In 1933 Bowers became important internationally. He was Roosevelt’s ambassador to Spain, 1933-1939, and then served the New Deal and Truman as minister to Chile, 1939-1953. In Madrid, Bowers sought to improve Spanish-American trade. During the Spanish Civil War, 1936-1939, he favored the Spanish Republic’s unsuccessful fight to defeat General Franco’s rebel forces, which were aided by Mussolini and Hitler. In Santiago, the ambassador helped convince the reluctant Chilean government to break relations with the Axis in 1943.

Bowers also worked to increase Chile’s vital wartime exports of copper and promoted cultural exchanges and political cooperation during the Cold War. Back in New York in 1953, the transplanted Hoosier continued his partisan Democratic activities, working with Eleanor Roosevelt and advising Adlai Stevenson. Bowers also wrote two volumes on his ambassadorships to Spain and Chile, and his almost completed autobiography was published posthumously.