(Jan. 29, 1873-Oct. 5, 1943). Born in northern Marion County, Negley was in the real estate business when he won a seat on the Indianapolis Common Council in 1925 in an election that saw Republicans sweep city offices, with John L. Duvall elected as mayor. In 1927, a Marion County court convicted Duvall for violating the Corrupt Practices Act by taking bribes from Ku Klux Klan leader David Curtis (D. C.) Stephenson in exchange for allowing the Klan to pick members of various city boards. 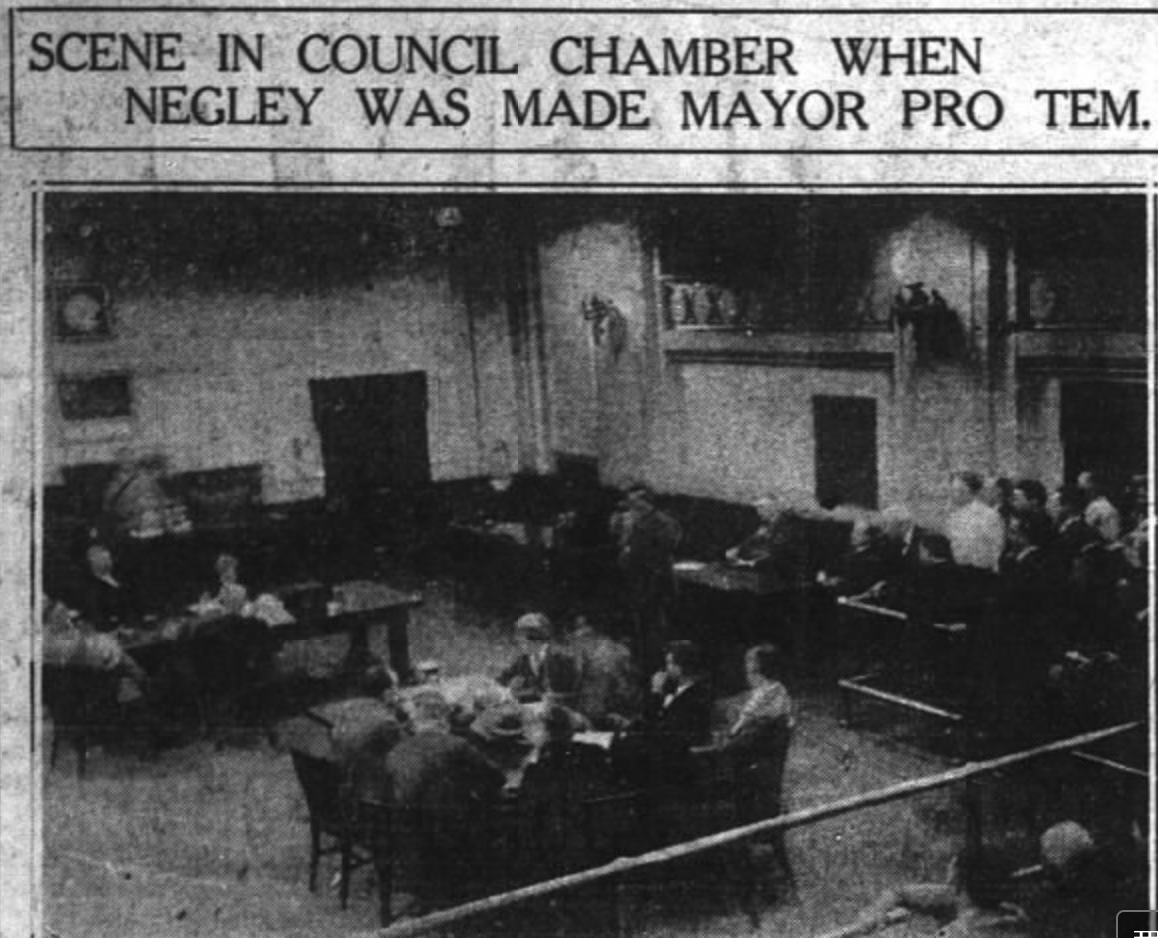 Scene from the Chambers as Negley is put in office, 1927
Credit: Indianapolis News
View Source

Barred from holding office, Duvall resigned on October 27, 1927, a few days after appointing his wife city controller. With Duvall’s resignation, his wife became mayor for 15 minutes. During her short tenure, she named Ira Holmes as city controller and then resigned; Holmes took over as mayor. The Common Council, however, selected Negley, its president, as acting mayor.

On November 8, 1927, the council met and, on the 33rd ballot, elected Democrat L. Ert Slack as mayor. Later that month, a Marion County grand jury returned indictments against Negley and three other council members for soliciting bribes from Duvall in exchange for their votes in impeachment proceedings against the mayor in August 1927. Negley and other council members pleaded guilty, were fined, and resigned from the council.