Classical Music Indy is a public charitable trust that was established to promote the understanding and appreciation of the fine arts and performing arts. Financially supported by memberships and gifts, the society produces and broadcasts classical music on a privately owned, non-commercial radio station, Wicr (88.7 FM) at the University Of Indianapolis. 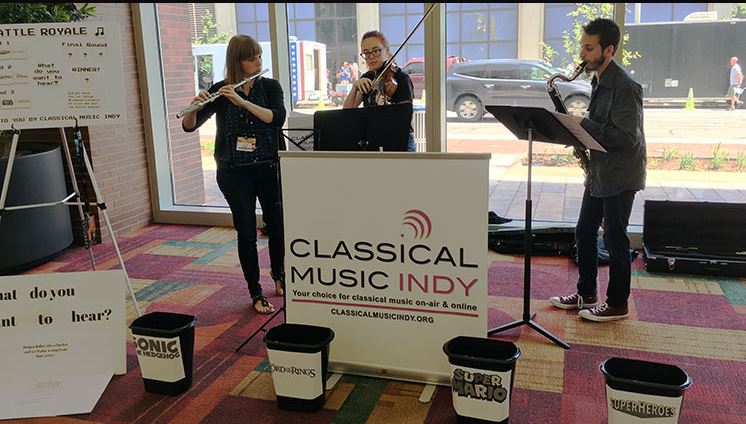 In May 1961, a group of research chemists who worked at Eli Lilly And Company collaborated and pooled their resources seeking to find a broadcast outlet in Indianapolis for classical music. They established a corporation, and on May 13, 1961, the “Lively Arts Station,” (WAIV) went on the air, offering a variety of classical music, poetry, jazz, folk music, and editorials. The original studios were located at the Dearborn Hotel, in the 3200 block of East Michigan Street.

Norbert Neuss, F. Bruce Peck, Frank P. Thomas, and Willis K. Kunz founded the Fine Arts Society of Indianapolis, in 1968. The society began broadcasting its Second Program on WIAN, then the radio station of the Indianapolis Public Schools, in November 1969. Initially limited to 12 hours each weekend, the society expanded its broadcasts to six nights a week in November 1970, and three years later introduced a morning edition of the Second Program.

In January 1983, the society ended its 13-year association with WIAN and began broadcasting the Second Program, as well as a new daily First Program, from the University of Indianapolis. In 1986 the organization won a George Foster Peabody Award for excellence in broadcasting.

In 2013, the organization reassessed its mission. It conducted a city-wide survey that revealed the need to create programming that better reflected the needs of the community. It also changed its name to Classical Music Indy and reincorporated as such in 2017.