The Indiana General Assembly in 1921 authorized first-class cities such as Indianapolis to adopt a council-manager form of government. This legislation made provisions for a special election to implement the new structure, which could be called after a petition bearing signatures equal to 20 percent of the voters taking part in the preceding municipal election had been filed with the city clerk’s office. The law also stipulated that the city clerk would have five days to verify the petition signatures. 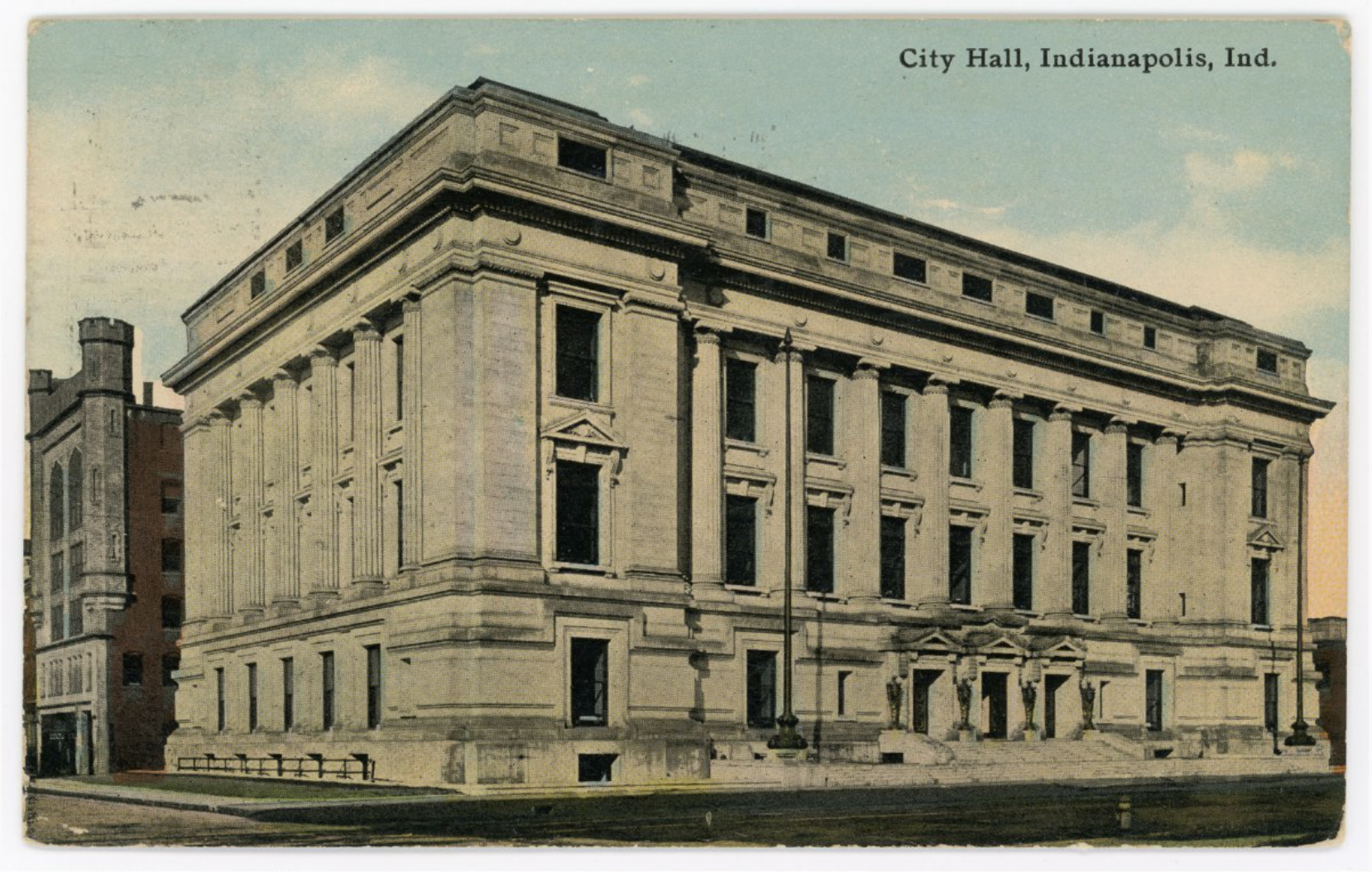 Under this form of government, the city would have seven elected commissioners who would appoint a city manager to serve an indefinite period at their pleasure. The city manager, rather than an elected mayor, would serve as the city’s chief administrative officer. The manager would appoint department heads and direct them to appoint subordinates as needed. The manager also would be responsible for preparing the city’s annual budget and submitting it to the commissioners. City managers were to be appointed solely based on their qualifications and were not required to live in the city or state at the time of their appointment.

In April 1925, a group known as the Citizens Committee of 1,000 gathered close to 32,000 signatures on a petition asking for a chance to vote on whether or not the city manager form of government should be introduced to Indianapolis. Before filing its petition, however, the Committee of 1,000 decided to postpone its campaign until it had time to better educate the public as to the merits of the council-manager form of government.

In spring 1927, following a failed attempt by Mayor John Duvall and a majority of the city council to block the filing of another petition by refusing to allocate funds to the clerk’s office to hire extra help to verify the petition’s signatures, a second petition bearing over 33,000 signatures was successfully filed. On June 21, 1927, Indianapolis residents voted 53,912 to 9,954 in favor of adopting the council-manager form of government, set to go into effect on January 1, 1930.

Nevertheless, the council-manager form of government was never introduced to Indianapolis. In September 1929, the Indiana Supreme Court ruled that the state law permitting this form of government was unconstitutional because it was a “physical and mental impossibility” for a city clerk to verify the signatures on a petition in a city the size of Indianapolis within five days. Having found this section (3) of the law to be an impossibility, the court deemed the law to be both “incomplete” and “impossible of performance” and thus unconstitutional.