In 1898 a group of church women headed by Mrs. J. D. Forest and Mrs. W. H. H. Shank issued a call to other philanthropic church women’s groups to form a missionary social union like those in other cities. At a mass meeting held at the First Presbyterian Church, the group organized the Missionary Social Union of Indianapolis to serve as an umbrella organization for local evangelical women’s societies. 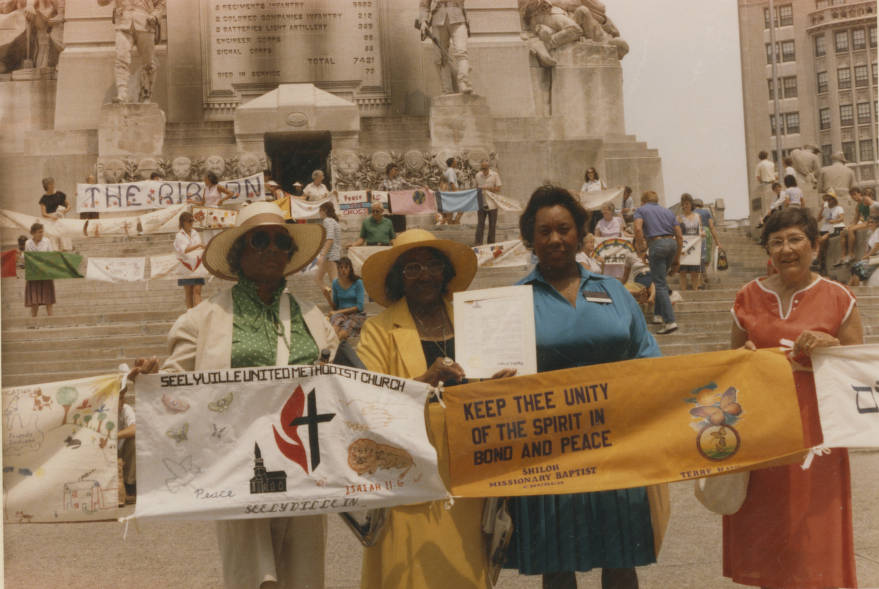 In 1908 over 1,500 women attended the 10th-anniversary celebration in Indianapolis. In 1929 the group helped sponsor the first Missionary Education Institute in the city. The Missionary Social Union became the Indianapolis Council of Federated Church Women in 1931 when it joined the state and national organizations of church women. In 1940 local group dropped “Federated” from its name.

Open to all races, the Indianapolis Council of Church Women canceled its plans for a 1947 national board meeting in the city when local hotels refused to provide accommodations to African American members. Consequently the Indianapolis Recorder included the organization that year among its list of those that made outstanding contributions to racial understanding.

About 500 women from 300 churches of 15 denominations, primarily Protestant, are active members.