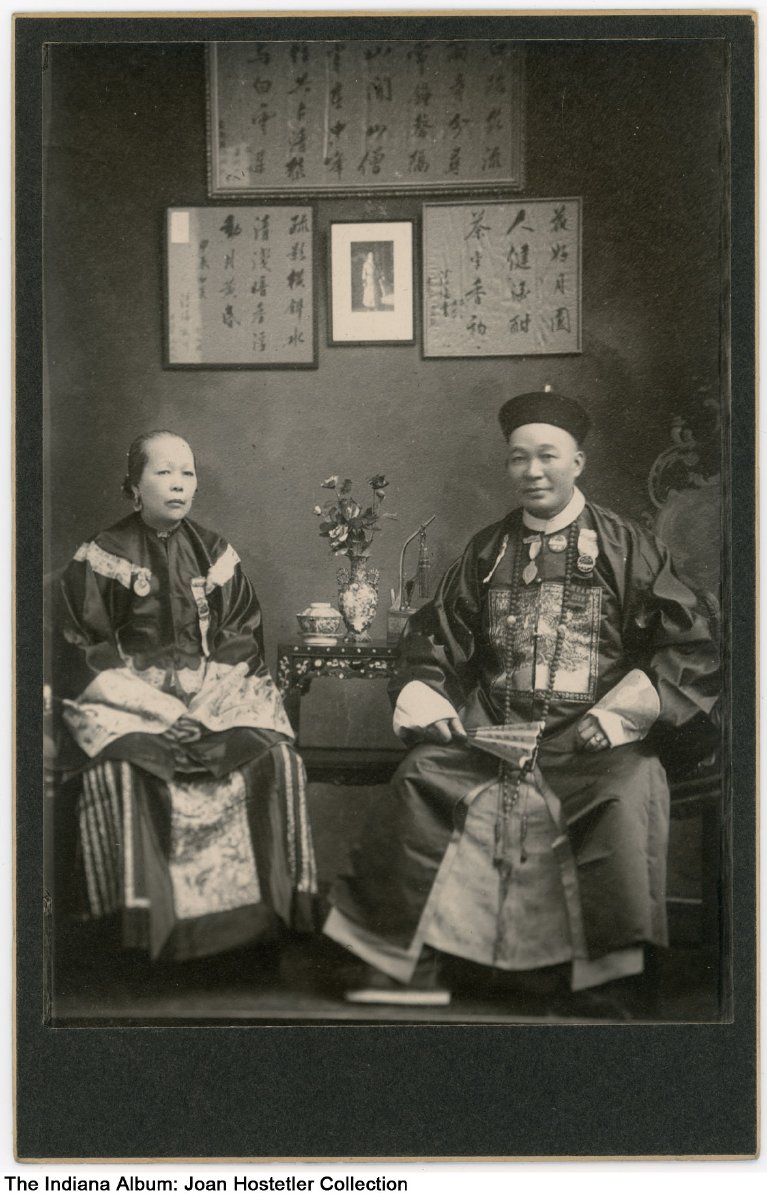 The first immigrants were recorded in the 1880 census: 10 male “sojourners,” as characterized by the Indianapolis News in 1889, eight of whom were laundrymen. The population grew slowly until after World War II. A defined Chinese community existed in the vicinity of Fort Wayne and Massachusetts avenues; most businesses, located in family residences, were laundries and restaurants. Indianapolis city directories listed 36 Chinese laundries in 1930 and 25 in 1940, many of which were located along Indiana Avenue and Washington and North Illinois streets.

One of the first Chinese recorded in Indianapolis was laundry owner Wah Lee, in May 1873. E. Lung (also known as Chin Gum Sing) came in 1879 setting up his laundry on Massachusetts Avenue in 1880. Lung became the Grand Master of the Chinese Lodge of Masons of America in December 1902. He lived on Delaware Street where he hosted masonic meetings. Moy Kee was another early Chinese in Indianapolis. He came to Indianapolis from Chinking, Canton, and owned a tea shop and then a chop suey restaurant along Indiana Avenue. Years later, his wife followed him to Indianapolis. In 1903, the News identified her as the first-recorded female Chinese immigrant to the city.

The community was predominately male, and there was a scarcity of traditional families. The birth of a second Chinese girl in the city came only in the 1920s. Early in the century, there was reportedly some criminal tong (a secret Chinese fraternal society), allegedly linked to tong in larger cities. As no conclusive evidence exists, it is likely that these reports were based on racist stereotypes in the American press.

In May 1904, the visit of Chinese Prince Pu Lun, rumored heir to the Manchu throne, excited the Chinese community, whose elite members participated in the 10-day city festivities. During the visit, Pu Lun named Kee Chinese “mayor of Indianapolis” and directed him “to attend to all the business of our people, truthfully, honorably and honestly.” Kee’s restaurant closed in 1914 upon his death.

By 1910, the U.S. Census reported 273 Chinese in the entire state of Indiana, 43 in Indianapolis. Following national trends, the community remained predominantly male. In October 1911, the Indianapolis News accused Lung of plotting to overthrow the Chinese Empire—an example of when negative ideas about the Chinese came to the surface.

By the mid-20th century, there was no distinct locus for Chinese settlement. Families lived on the north, west, and south sides of Indianapolis. Though many continued to establish laundries and restaurants, immigration from the 1960s to the 1980s, which was stimulated by turmoil in mainland China and liberalized U.S. immigration policies, brought highly educated and professional Chinese immigrants to the city. Individuals like K. K. Chen, an outstanding pharmacologist who became the director of pharmacological research with eli lilly and company from 1929 until 1963, brought a different image to the community, but as late as the 1950s, directories still identified certain laundries as “Chinese.”

Changes came with the second generation of Chinese residents. Children of laundrymen and restaurateurs, however, generally chose to leave their parents’ careers for higher education and entry into the professions.

Important cultural, social, and religious organizations were formed in the 1970s and 1980s. Alfred Tsang came to Indianapolis in 1967 and established the Indianapolis Association Of Chinese-Americans (Laca) in 1974.

A group of Chinese Christians met regularly for Bible study fellowship in Indianapolis and worship services at the Northminster Presbyterian Church beginning in 1968. In November 1973, the congregation organized as the Chinese Community Church of Indianapolis and found a home at the Meridian Street Methodist Church one year later. The group purchased property at 56th and Broadway streets to expand its programs in 1982. The Taiwanese-American Association was yet another significant Chinese organization established during this era.

In 1978 Mayor William Hudnut established the first sister city relationship when his administration partnered with Taipei, Taiwan to create a global economy and strengthen international friendship by bringing art and performances to Indianapolis. In 1987, Indiana Governor Robert D. Orr’s administration established the Indianapolis-Hangzhou, China sister city relationship. Similar to the relationship with Taiwan, the friendship with Hangzhou has fueled business, academic, government, and cultural exchanges on both sides of the Pacific. 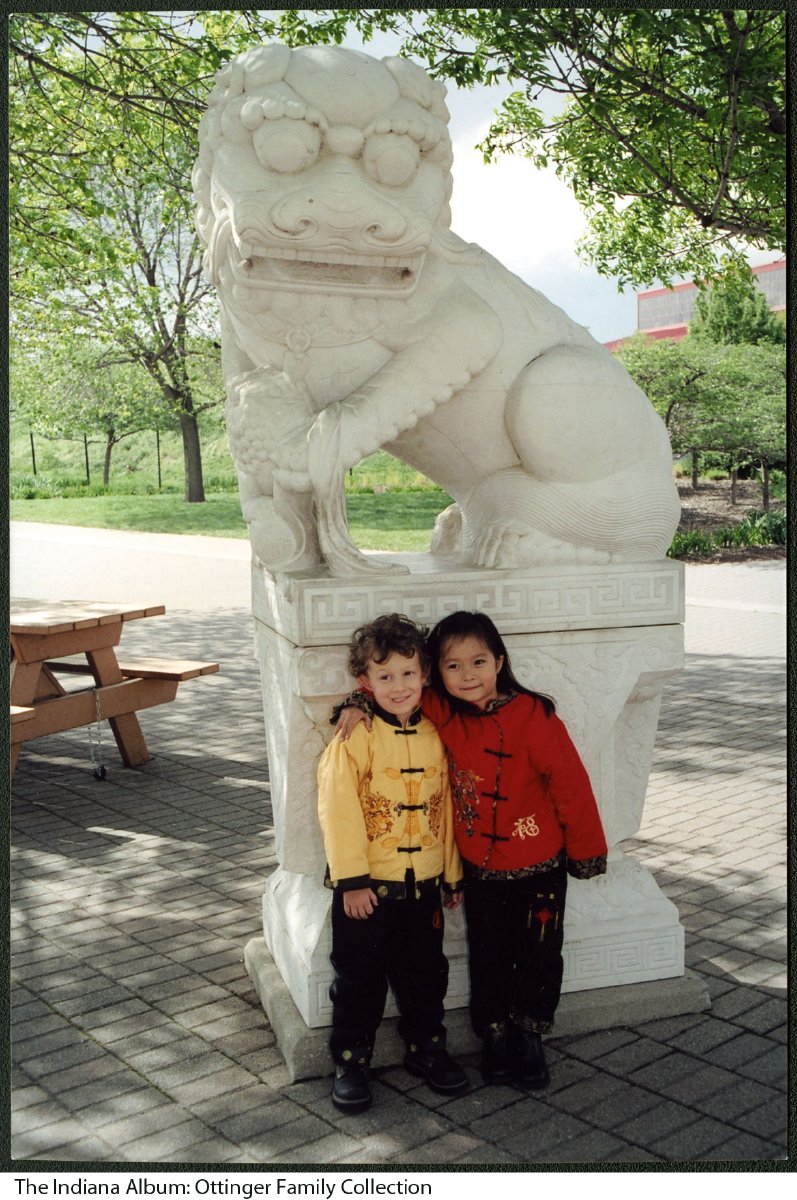 In the 1980s and 1990s, the generational cultures tended to remain separate as the numbers of professional Chinese far surpassed those in the restaurant world. This highly educated group established the Indiana Chinese Professional Association in 1984.

Though both the Indianapolis Association of Chinese-Americans and Taiwanese American Association call themselves “non-political, non-religious, and non-partisan,” the groups reflect differences based on political distinctions in China. IACA’s elected leadership clearly comes from professionals, while TAA’s comes from the general Taiwanese community. IACA and the TAA brought some cohesion to Chinese in the city while their names pointed to a focus on integrating with American society.

In the 1990s, many Chinese professionals moved to Carmel. During this period, the growth of Carmel resulted in good schools, parks, and a high quality of living that appealed to the professional Chinese. This move also reflected national trends that show that more recent immigrants of Asian descent are more likely to settle in suburbia rather than to seek out a strict ethnic district found in some urban settings.

In 1995, the IACA formed the Indianapolis Chinese Community Center, Inc. (ICCCI) and located it in Carmel, acknowledging the suburb as the primary hub of its constituents. The ICCI operates as a nonprofit organization with the goal of improving the social well-being of the Chinese community and all people who enjoy Chinese culture in Central Indiana. The organization accomplishes its goal through inclusive educational, cultural, health, and social programs. A Chinese New Year celebration, the Mid-Autumn Festival, and the Founders Day Celebration are three significant events the organization plans to expose Central Indiana residents to Chinese culture. To preserve its heritage, the organization provides Chinese verbal and written language training, Chinese dance, yoga, tai chi, and Chinese flute playing. 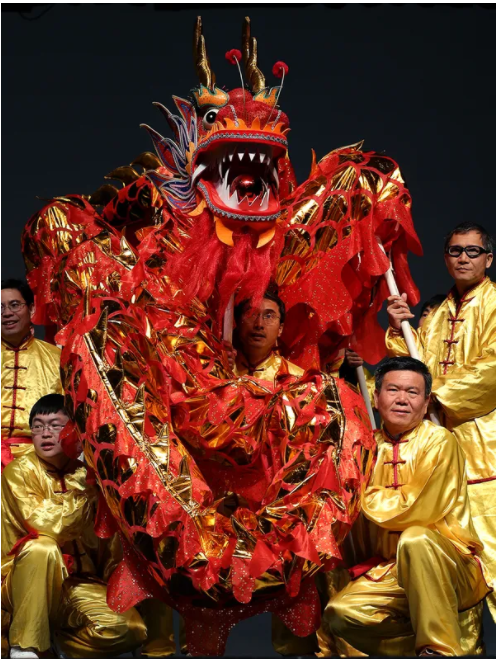 The Chinese Community Church followed ICCC with its own move to Carmel in 1999. Reflecting the continued growth of the Chinese community in the greater Indianapolis area, the church also holds worship services downtown and in Whitestown. The Carmel “Mother Church” provides extensive programming, including services in Mandarin and Cantonese and Sunday classes in both languages.

To broaden the membership of the IACA the organization renamed itself the Indiana Association of Chinese Americans, Inc. in 1999. As a registered not-for-profit a group of volunteers led by an all-volunteer Governing Council manages the organization.

Companies and institutions such as Eli Lilly and Company, Roche Diagnostics, IUPUI, and other local universities continue to draw many Chinese to Indianapolis. For example, in the Department of Pathology and Laboratory Medicine at the Indiana University School of Medicine, approximately 25 percent of the pathologists on faculty received their M.D. degree in China.

Census estimates for 2019 revealed a population of about 8,000 Chinese in the Indianapolis-Carmel-Anderson metropolitan area, with the largest percentage living in Camel.