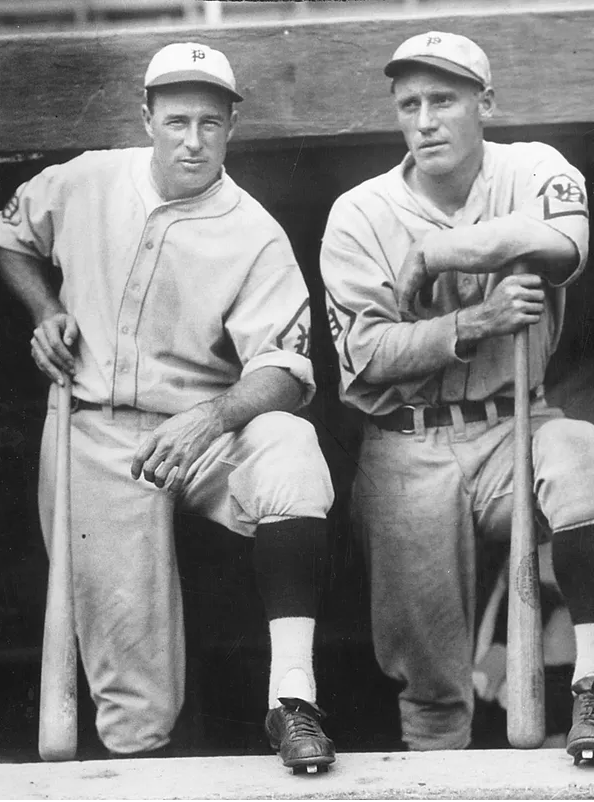 Following his 1922 graduation from Southport High School, Klein played for several local amateur and semipro squads, including Indianapolis Power and Light. Failed tryouts with minor league teams in Indianapolis and Evansville led to a job as a steel catcher in an Indianapolis mill. Laid off in 1927, Klein attempted a second and this time successful tryout with Evansville’s Three-I League entry. In 1928, Evansville sold him to Fort Wayne’s Central League franchise for $200. A mid-season tryout led to his career in professional baseball with the National League’s Phillies, Pittsburgh Pirates, and Chicago Cubs.

In 1929, the right fielder set a National League record with 43 home runs in a single season. Klein led the league in fielding average six times, was league MVP in 1931 and 1932, played in Major League Baseball’s first two All-Star Games (1933 and 1934), and starred for the Cubs’ 1935 World Series team.

Following his retirement in 1944, Klein went into the tavern business in Philadelphia. Alcoholism and chronic malnutrition led to a failed marriage, severe heart disease, and a return to Indianapolis in 1947. He died in Indianapolis from a severe cerebral hemorrhage.

Klein was on the Hall of Fame ballot for 15 years but was passed up until the Veterans Committee finally selected him for Cooperstown in 1980. In 1981, he was elected to the Indiana Baseball Hall of Fame. The Southport Little League complex was named in his honor in 1985. In 2000, The Sporting News ranked him No. 92 on its all-time greatest players, while Baseball America listed him as No. 65 that same year. In 2004, the Society for American Baseball Research’s Centennial Celebrity voted Klein the most prominent baseball figure born a hundred years earlier.