(July 15, 1897–Mar. 11, 1979). During the 1920s and 1930s, Charles E. “Charlie” Wiggins was the fastest and most accomplished African American race car driver in America. Born to Sport and Jennie Wiggins in the segregated Baptisttown neighborhood in Evansville, Indiana, he grew up shining shoes on the corner of Main and 11th streets near the downtown Benninghoff-Nolan garage. He trained to become a mechanic at the garage and drew attention because of his talent for repairing automobiles. Identifying mechanical problems by the sounds that they made, Wiggins was said to have “an ear” for engine troubles. 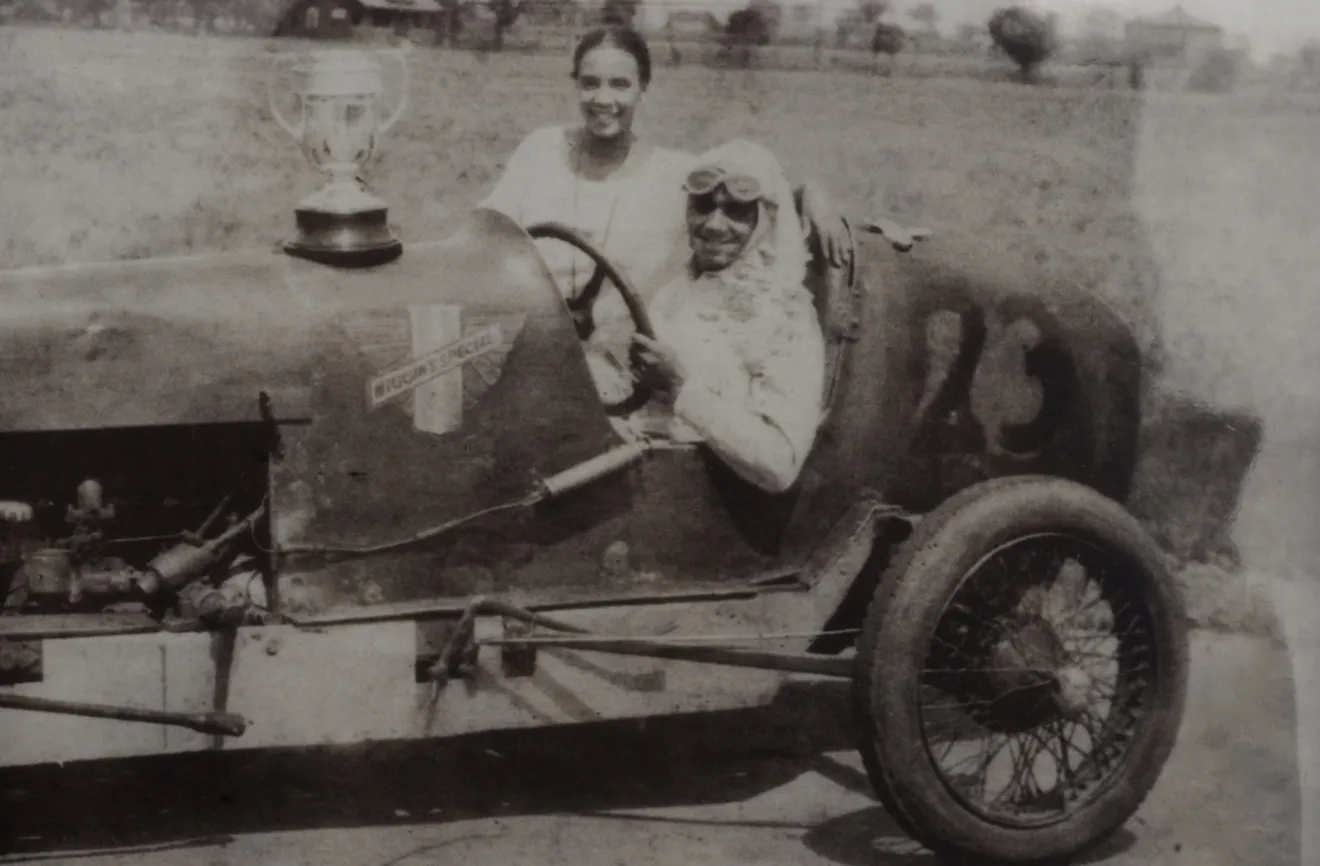 On August 27, 1914, just after his 18th birthday, Wiggins married Roberta Sullinger, a model for an African American hair care supply company and local dress manufacturer. The couple had three children, all of whom died in infancy.

When the U.S. entered World War I in 1917, Wiggins became chief mechanic at Benninghoff-Nolan. In 1923, he and his wife moved to Indianapolis, where Wiggins went to work in an auto repair shop on the south side of the city. The owner of the garage, Louis Sagalowsky, allowed Wiggins to build a homemade race car, nicknamed the “Wiggins Special,” in his spare time. Eventually, Wiggins would own and operate the garage.

In 1925, Wiggins entered his car in the annual Gold And Glory Sweepstakes, which the Colored Speedway Association had established in 1924 as the African American version of the Indianapolis 500-Mile Race. At this time, Indianapolis Motor Speedway officials did not allow African American drivers and mechanics to participate in the 500. Organized in 1924 by a group of Black and white Indianapolis businessmen, including William Rucker, a wealthy promoter and contractor; Harry Dunnington, an Indiana Avenue entrepreneur; and Robert Lee Brokenburr, a prominent lawyer, the Colored Speedway Association promoted and staged events for Black race drivers.

Beyond Indianapolis, Wiggins helped lead the entire Gold and Glory racing circuit. These other races took place in many Midwestern cities, such as Chicago, Cleveland, and Detroit, during the late 1920s and early 1930s. Wiggins gained so much acclaim for his skills as a driver and mechanic that noted white race car drivers of the era, including Bill Cummings, the 1934 Indianapolis 500 champion, and Harry MacQuinn, who won 61 motorsport events in 1938, consulted with him.

Wiggins’s career as a driver ended abruptly in 1936. A 13-car crash that occurred during the 1936 running of the Indianapolis Gold and Glory Sweepstakes destroyed many vehicles and seriously injured several drivers. In the incident, Wiggins was pinned under the flaming engine of his car. After hours in surgery, he survived but lost his right leg. He later fashioned a wooden leg for himself and returned to his garage, where he continued to work on both passenger cars and racing cars for the rest of his life. Wiggins is buried alongside his wife at Crown Hill Cemetery in Indianapolis. He was elected to the Automotive Hall of Fame in Detroit in 2021.