(Dec. 1, 1932-Mar. 25, 2012). Born in Terre Haute, Indiana, Workman grew up in Lockefield Gardens, the first federal housing project in Indianapolis, where he experienced the Indiana Avenue jazz scene firsthand. Aspiring to be a DJ, he became acquainted with Indianapolis jazz guitar great Wes Montgomery and David N. Baker, who later became the influential chair of the department of jazz studies at Indiana University.

Workman began his broadcast career while attending Cathedral High School in 1947. There he hosted a show for the former Wire-Am radio station. After graduating from high school in 1950, he served in the U.S. Air Force during the Korean War where he learned more about broadcasting. He returned to Indianapolis in 1956.

In 1967 Workman joined Wtlc-Fm, Indianapolis’ first radio station fully owned by African Americans, and then went to WATI-AM to work as a sound engineer for a sports show. Two years later in 1969, Workman moved to Wttv (Channel 4). He became the first African American sports director in Indiana at WTTV in 1974. He held that position until becoming the station’s public affairs director in 1990. 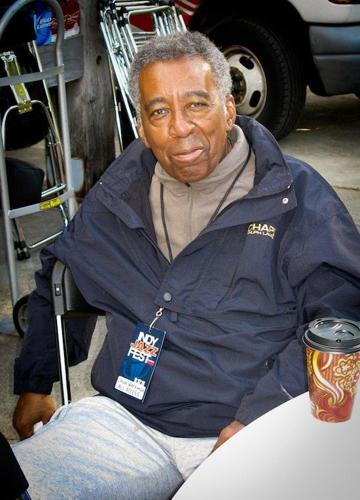 Workman, however, was most passionate about the culture of jazz and finding opportunities to highlight local jazz musicians in Indianapolis. Baker credited Workman with getting Indianapolis jazz artists on the air and getting them work “to keep jazz alive.” Throughout his life, Workman endeavored to “promote jazz to everyone in the city with his radio shows and writing.” He began by hosting jazz programming at WIAN-FM (predecessor to Wfyi-Fm) from 1970 to 1990. He also spent 19 years with WTPI-FM broadcasting a Sunday morning jazz show until the station changed its format in 2005. He became a contributor to the free alternative Nuvo weekly magazine in 1993.

To raise awareness about the contributions of jazz to the city, Workman helped to organize the long-running “Animals and All That Jazz” series at the Indianapolis Zoo in 1987. He also worked with Baker to organize an Indiana Avenue all-star reunion concert to kick off the first Indy Jazz Fest in 1999. Workman considered the Jazz Kitchen and the Chatterbox jazz clubs “second offices.” He was comfortable with and knowledgeable about all jazz styles and always had an eye out for up-and-coming local artists.

In 2006, within months after WTPI changed its format, Workman started his Saturday Evening Jazz Show and Sunday Morning Jazz Show at Wicr-Fm. Programs he hosted until his death. During his last years, he conducted onsite interviews with artists immediately following their performances at Indy Jazz Fest and continued to author his long-running column, “Jazz Notes,” for NUVO.

In 2002, Workman was inducted into the Indianapolis Jazz Hall of Fame, along with Baker, and renowned jazz vocalist Mary Moss. The Indiana Black Expo honored him with the Lynn Dean Ford Print Award in 2010 for his contributions to jazz culture in Central Indiana. In 2011, the Indiana Pioneer Broadcasters inducted Workman into its Richard M. Fairbanks Hall of Fame.