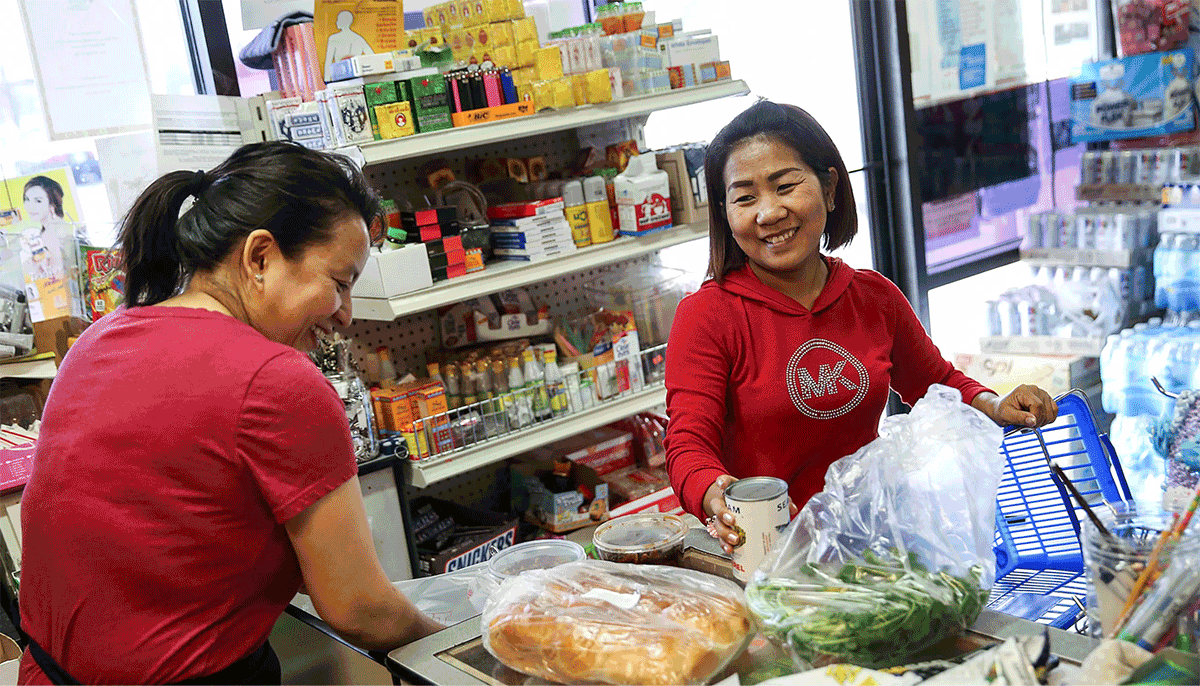 Employees of the Chin Brothers Restaurant and Grocery on the south side of Indianapolis, 2017
Credit: Jenna Watson, IndyStar
View Source

In 1947, British imperialists left Burma, then a country barely 10-years-old. Tribal militia groups filled the region. A socialist Buddhist-majority military coup overthrew tribal rule in 1962, which precipitated a political crisis. Citizens were stripped of basic freedoms and the country’s ethnic minorities were stripped of their citizenship and denied freedom of movement.

In 1989, the former ruling military junta changed the name of the country from Burma to Myanmar to reflect the ruling party’s ethnic group. However, the United Nations, the United States, and numerous Western countries continue to use the name Burma, refusing to recognize the junta’s choice of name.

The results of a multi-party free and fair election in 1990 that yielded an overwhelming victory for a democratic government were overturned, which increased the suppression of the minority ethnicities through enslavement and ethnic and religious cleansing. Widespread criticism of abuses was followed by protests that continued into the 2000s, ultimately culminating in the election of a military-backed civilian administration in 2010. Semi-democratic elections in 2015 and 2020 instituted a popular government led by Nobel laureate Aung San Suu Kyi, until a military coup in 2021. The persecution of minority groups continues.

Since 2005 the United States has settled Burmese refugees, with many ending up in Fort Wayne, Indiana, and the Indianapolis metropolitan area. The largest group of Rohingya, Muslim people who inhabit Burma, in the U.S. live in Fort Wayne. The largest ethnic minority group is Karen, a group of indigenous peoples of eastern Burma and western Thailand. Together with another ethnic minority group, the Karenni, one of several Karen peoples of eastern Burma, the Karen have resettled on Indianapolis’ northside in Nora. Another ethnic minority group, the Chin, a Sino-Tibetan people native to the Chin State in western Burma, have settled on Indianapolis’ southside in Southport and Perry Township.

Indianapolis is one of 189 cities in the country that works with the U.S. Department of State to place refugees. The Indianapolis group Exodus Refugee and Immigration started settling Burmese refugees in the early 1990s. Chin tribal leader Than Hre settled in Perry Township in 2002, opened Chin Brothers Market in 2007, and Chin Brothers Restaurant and Bakery shortly thereafter. He was one of the first Chin on the southside.

Burmese refugees have become a strong presence in their communities. The federal government arranged for the transportation of the Burmese to Indianapolis giving each family $1,200 to start life in America. Volunteer groups stepped in to locate apartments and jobs for the refugees and to help them adapt to American culture, with the specific goal of learning English. A key goal included self-sufficiency within six months of arrival.

By 2020, Exodus had placed almost 20,000 Burmese in Indianapolis. Most are in Perry Township and Southport. Of the Burmese placed in the city, the Chin make up 75 percent, comprising one of the largest concentrations of Chin people outside Burma. Low housing prices, access to employment and an abundance of Christian churches makes the southside appealing to them. Neighbors mostly support their presence in the area. 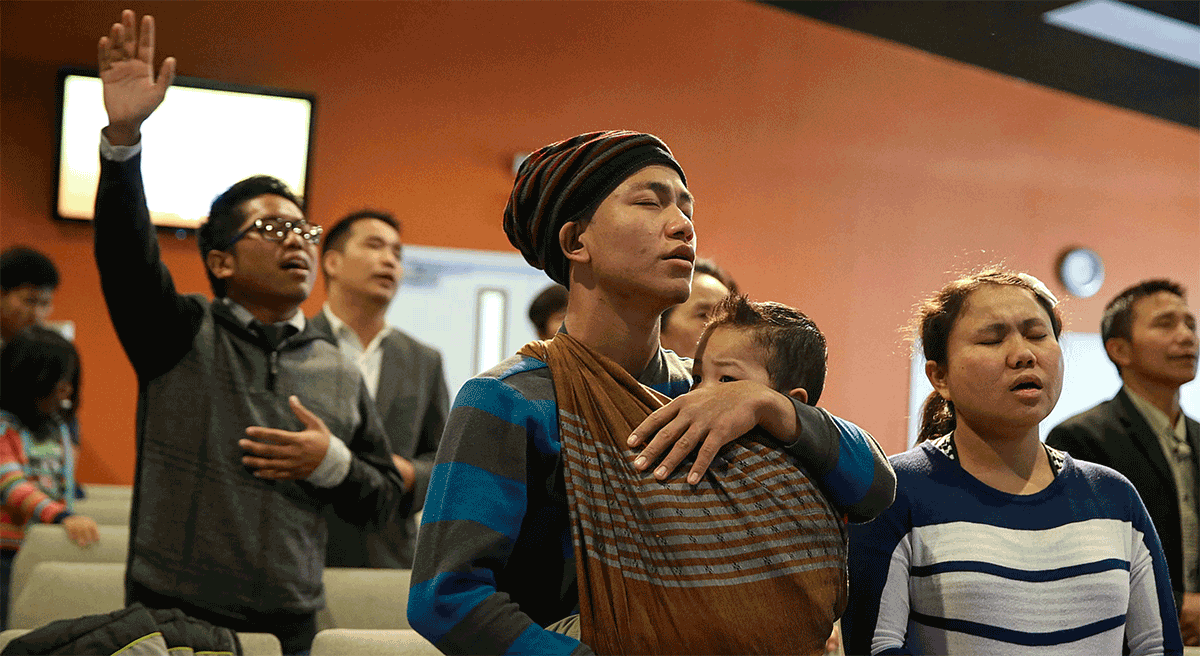 Burmese accountants and real estate agents have helped rebuild Southport’s economy, which suffered after the departure of manufacturing jobs. Southport High School hired one of the first Chin educators, biology teacher Miriam Mawi. Mas Lawn Mawi completed 1,500 hours of training for licensure as a barber. In 2019, 200 Burmese children enrolled at St. Mark Catholic Church and School where some of the Chin mothers work in full-time paid positions as instructional assistants. The first Burmese police officer, Bawi Lian graduated from the police academy in Southport, Indiana, in February 2018. The Southport-Perry Township area has been nicknamed “Chindianapolis” to reflect the refugee group’s dominant presence and integration into the community.

Though the Chin have settled primarily on the southside, established refugees and new ones seek a sense of community among themselves and assistance from outside groups. By 2011, Indianapolis was home to almost 7,000 Burmese refugees. To address the needs of the growing community the International Center Of Indianapolis initiated the Burmese Project with two goals. First, to strengthen the partnership between and within the Burmese and the larger community, and second to enhance the understanding and awareness of the Burmese community by the community at large.

At about the same time, another resource for the Burmese community on the southside became available, the Burmese American Community Institute (BACI), founded in 2011. Lun Pieper, a refugee who arrived in 2001 attended Indiana University School of Law, served as a prosecutor and Indiana Supreme Court official before becoming an outreach director at BACI. The Indiana Chin Center in Southport serves as a community center for the Chin population. Volunteers provide English language classes and employment support to the community.

On February 5, 2021, about 500 Indianapolis Burmese converged on the south steps of the Indiana War Memorial to protest Myanmar’s military coup, which toppled the democratically elected government of Suu Kyi. The Leader of the Free Myanmar Campaign USA worked with local Burmese officials to organize the event. The local protest reflected national demonstrations to raise awareness of the situation and pressure the United States to act.