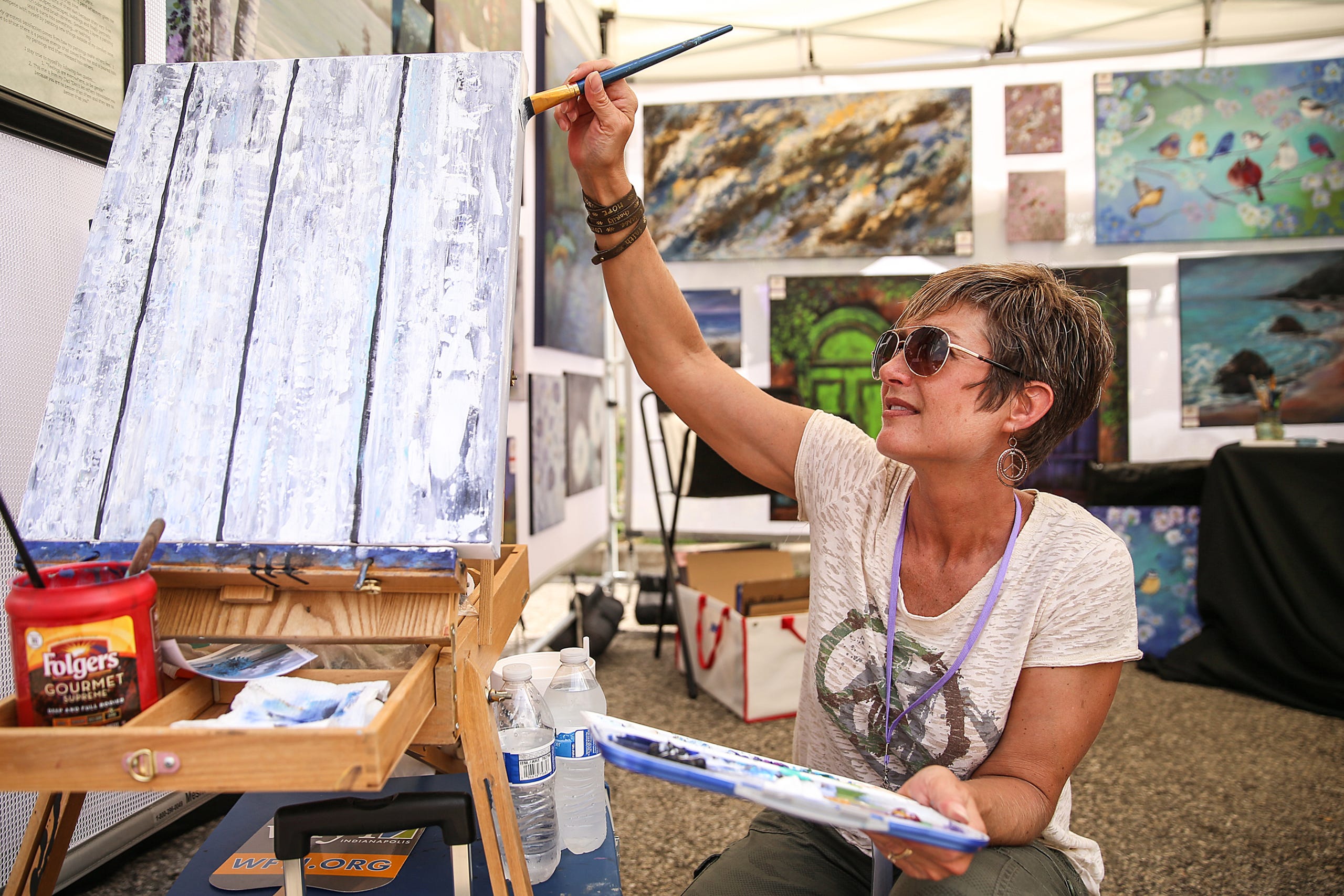 Artist working on a painting in front of her booth at OneAmerican Broad Ripple Art Fair, May 20, 2018
Credit: Jenna Watson, IndyStar
View Source

Approximately 100 artists participated in the first BRAF, propping their works against fences and displaying them on card tables. Arts and crafts of all types were featured, including paintings, prints, sculptures, jewelry, ceramics, weaving, batik, silhouettes, and leatherwork. Judges selected booth spaces with the best originality and design and distributed prizes to the winners. In addition to the juried contest, the fair featured balloon activities for children as well as a raffle of paintings by local artists.

After the first event in 1971, BRAF quickly grew in size, stature, and quality of work. To ensure artistic excellence, the fair’s selection process requires most artists to submit applications to participate in the event. Out of hundreds of applicants, only a small number are chosen each year (usually between 175 and 225). Artists who make it past this hurdle compete in the fair’s juried competition for a cash prize. 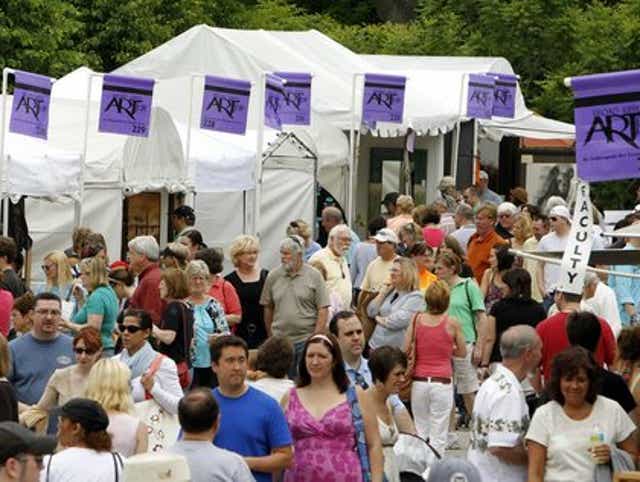 Applicants from beyond Indianapolis are invited to vie for a spot in the competition. Broadening the field of applicants has increased the pool of displays as well as the number of attendees to the fair. Tens of thousands of visitors purchase tickets to this event every year. Along with viewing participating artists’ work, fairgoers have the opportunity to partake in various arts and crafts activities, watch live performances by regional entertainers, and enjoy food from local vendors.

Since the late 1970s, BRAF has been held at the Indianapolis Art Center (IAC). The fair also extends to IAC’s ArtsPark as well as the adjacent North Side Optimists Opti-Park. Income from this event, officially known as the OneAmerica Broad Ripple Art Fair since 2016, is used to support IAC’s Outreach Department, year-round classes, exhibitions, lectures, and workshops.

The Broad Ripple Arts Fair has been held at the Indianapolis Arts Center since the late 1970s.