In 1836, Augustus Turner, a local barber, organized a small group of African American Methodists into a congregation eventually known as Indianapolis Station. Originally holding meetings at Turner’s log cabin located in the Mile Square, Reverend William Paul Quinn, a founder of the denomination, served Indianapolis and other AME stations as a circuit rider. A new house of worship was constructed for the group in 1841. This building was located on Georgia Street, between Senate Avenue and the Central Canal.

Indianapolis Station achieved membership into the African Methodist Episcopal (A.M.E.) Church with the help of William Paul Quinn, one of the denomination’s founders and a future bishop. The congregation received its first full-time A.M.E. minister, Elisha Weaver, in 1850.

In 1857, Indianapolis Station purchased the wood-frame structure that served as the original house of worship for Christ Church. This building was moved from Monument Circle to the congregation’s home on Georgia Street the same year. While the church was destroyed by a fire on July 9, 1862 (most likely by proslavery arsonists), members raised enough money to rebuild it in 1867.

By 1869, Indianapolis Station had formally adopted the name Bethel A.M.E. Church. That same year, the church’s members moved from their home on Georgia Street to 414 West Vermont Street. This new location was near Indiana Avenue, a neighborhood that was quickly transforming into a thriving Black community.

Bethel’s Vermont Street site originally consisted of a three-story church and an adjacent two-story parsonage that connected to the main building by an enclosed passageway. Major renovations to this sanctuary were completed in 1894 and 1974.

In 1991, Bethel A.M.E. Church was listed on the National Register of Historic Places (NRHP). This designation was the result of the church’s important role in the Black community. Early in its history, Bethel served as a stop on the Underground Railroad. By the 20th century, the church had established several social programs for Indianapolis’ Black residents, including a kindergarten, adult day-care, well-baby clinic, and credit union.

Bethel also served as a venue for the formation of local associations that were also instrumental in the Black community. Two of the organizations established at the church include the Indiana State Federation of Colored Women’s Clubs (1904) and the Indianapolis Chapter of the National Association For The Advancement Of Colored People (Naacp) (1909).

Despite this important history, Bethel experienced a noticeable decline in membership by the 21st century, influenced by major changes around Indiana Avenue during the latter half of the 20th century. An outmigration of Black residents to other parts of Indianapolis as a result of desegregation, the expansion of Indiana University Purdue University Indianapolis (Iupui), the construction of Interstate 65, and urban renewal of Central Canal shifted the neighborhood’s demographics and impacted Bethel’s membership. With fewer worshippers, expensive church repairs became more difficult to finance.

After an unsuccessful capital campaign to repair the sanctuary in 2015, the congregation sold its property to SUN Development and Management Corporation, an Indianapolis-based developer, the following year. On June 7, 2018, the company broke ground on Hampton Inn & Homewood Suites on the Canal. Bethel’s Vermont Street church was preserved and incorporated into the design of this new hotel thanks to efforts by church members and the local preservation community. 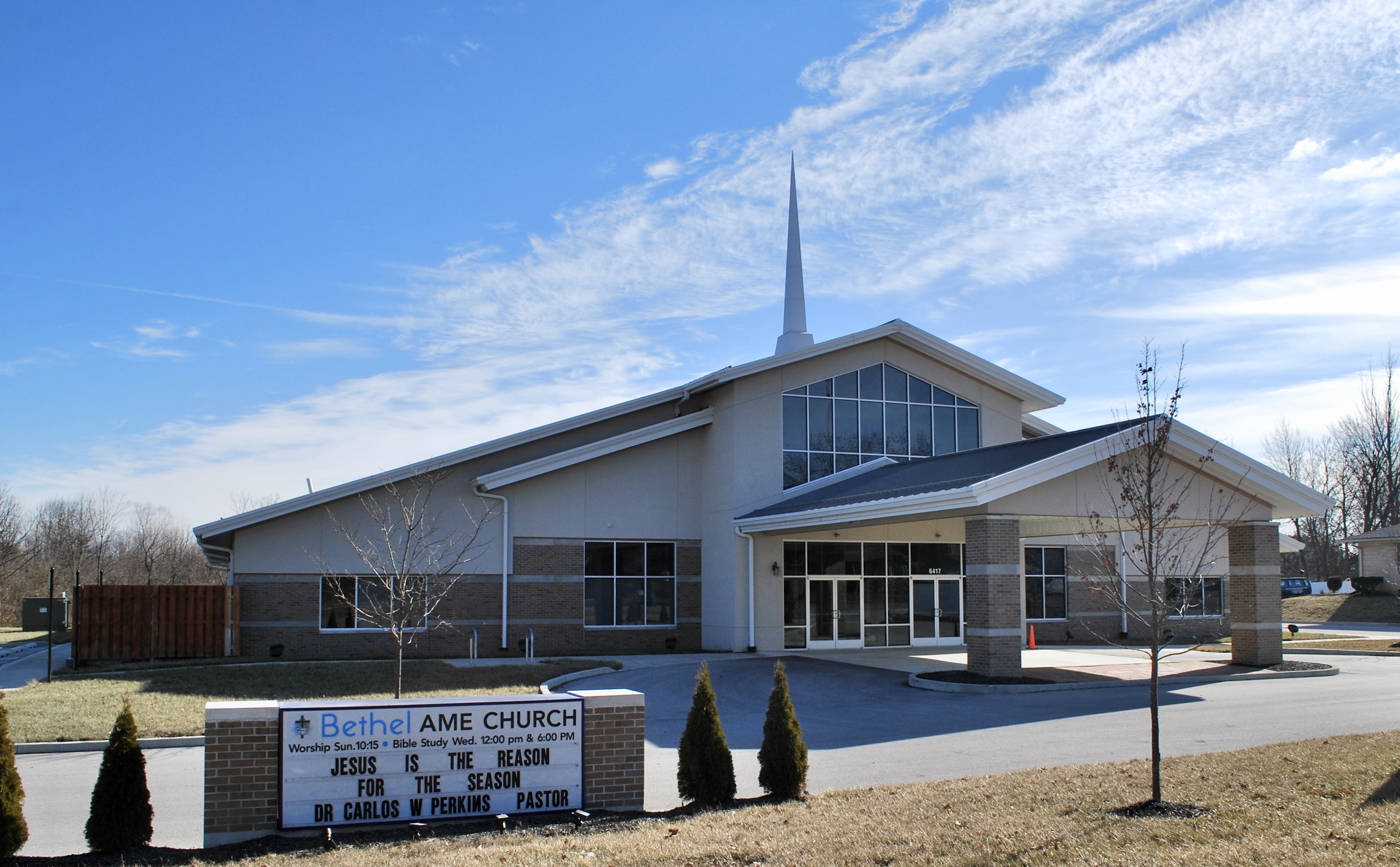 Four days prior to the hotel’s groundbreaking, Bethel held a dedication celebration for its newly constructed church. Located at 6417 Zionsville Road in Pike Township, this building is known as Bethel Cathedral.