(Mar. 16, 1827-Feb. 20, 1890). Berry Robinson Sulgrove was born in Indianapolis. The son of James and Catherine Sulgrove, he attended several different private schools in the city—as public education was then unavailable—and worked in his father’s harness-and saddle-making shop. In 1847, he entered Bethany College in West Virginia where he completed the college’s course of study in one year, received honors in all five departments, and gave a graduation speech in Greek. 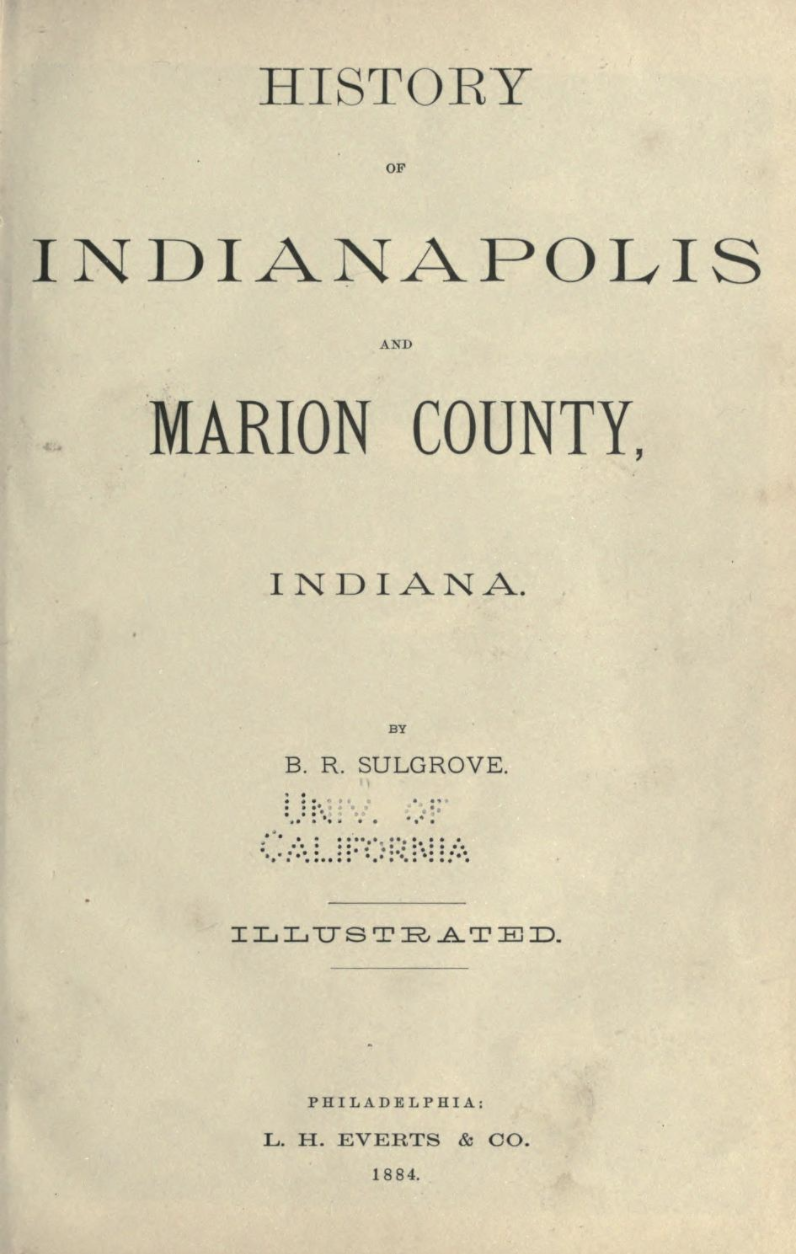 In 1848, Sulgrove returned to Indianapolis to study and then practice law. He married Mary Moore Jameson in 1853. The couple had four children. During this time, he began writing for the periodical press. Under the nom de plume “Timothy Tugmutton,” he wrote sketches in the Locomotive of the members of the 1850-1851 Indiana Constitutional Convention. He also wrote an Indiana column for the Cincinnati Gazette and was a leading writer for Hoosier City.

In 1855, he headed the editorial department of the indiana journal, a position he held throughout the Civil War. Following the war, he joined the newly formed Indianapolis News, continuing his association with that paper until his death in 1890. Sulgrove was active during a transitional era when newspapers were moving from a focus on political editorializing to increasing emphasis on news reporting, and he was credited with being the first editor in Indianapolis to institute timely news reporting.

Though recognized for his contributions to journalism, Sulgrove’s legacy resides in his work as a writer. In 1884, he published A History Of Indianapolis And Marion County, Indiana (Philadelphia: L. H. Everts & Co.). This volume reflects his powers of observation, attention to detail, and gentle wit, combining an anecdotal style with an extraordinary quantity of factual detail on wide-ranging topics (see Histories of Indianapolis). Still frequently consulted by those interested in the city’s 19th-century history, it remains one of Sulgrove’s biggest contributions in life, yet it went unrecorded in his numerous and laudatory obituaries. He is buried in Crown Hill Cemetery.