hervey bates sr., an Indianapolis banker and businessman, built the Bates House in 1852-1853 on the northwest corner of Washington and Illinois streets. The four-story brick structure, completed at a cost of $75,000, was reputed to be the finest hotel in the Midwest. 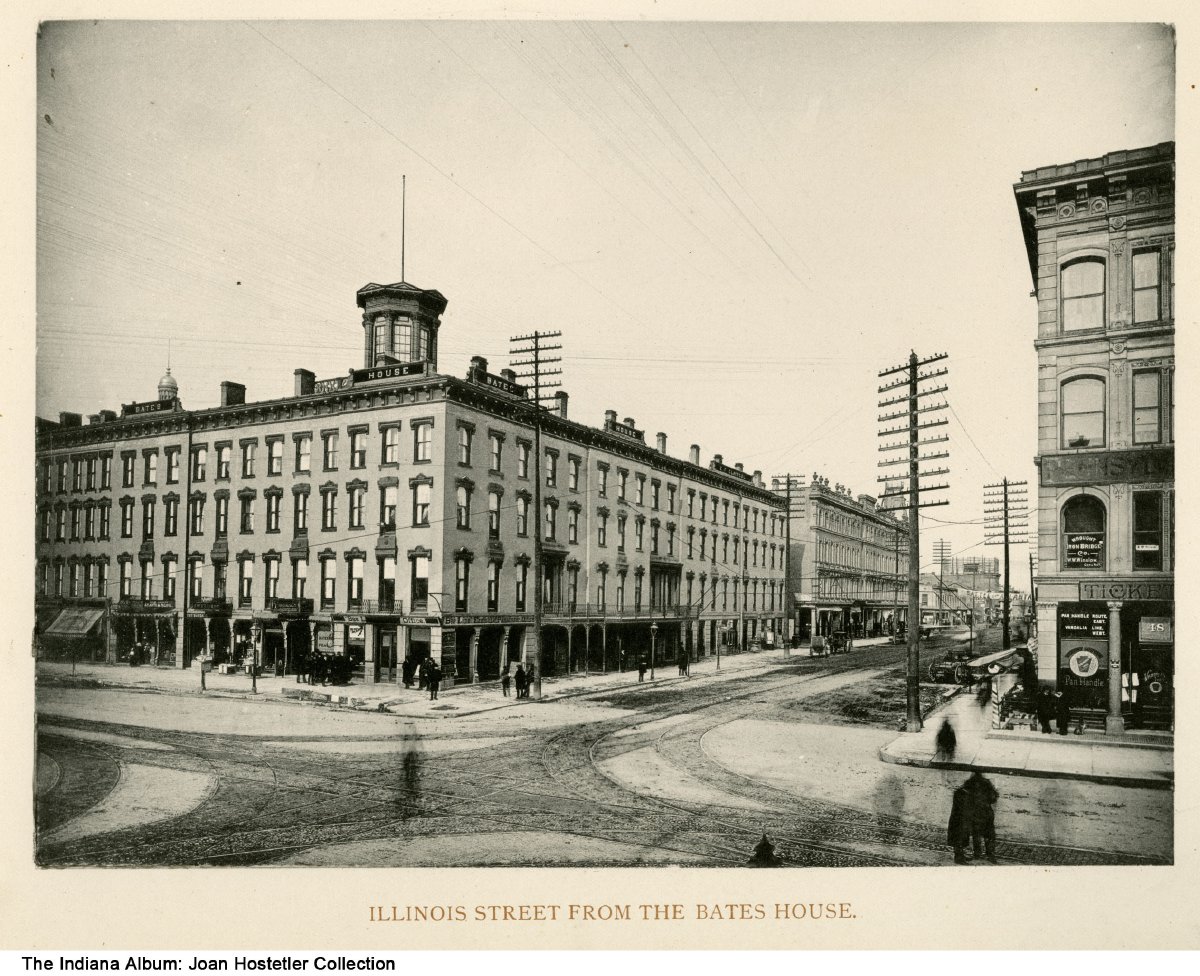 The lobby was spacious and luxurious; the rooms were furnished in Victorian style. There was a separate entrance for ladies, a fashionable restaurant, and a large barbershop. The hotel was a favorite of travelers and visiting celebrities, a community showplace, and a meeting place for Indiana politicians.

Guests included presidents Abraham Lincoln, Andrew Johnson, and Ulysses S. Grant. On one of two of Lincoln’S Visits To Indianapolis, the newly elected president traveled from Illinois to Washington, D.C., for his inauguration as president. He delivered an address from the hotel’s Washington Street balcony on February 11, 1861, making one of his earliest public statements on the preservation of the Union, only two months before the start of the Civil War.

After decades of success, the Bates House declined, hurt by competition from newer luxury hotels in the city. It was razed in 1901 to make way for the larger Claypool Hotel that was built on the site.