Avon is a community located west of Indianapolis in Washington Township in eastern Hendricks County, approximately 14 miles from Monument Circle. The county was established on December 20, 1823, on land that was part of the “New Purchase of 1818.” 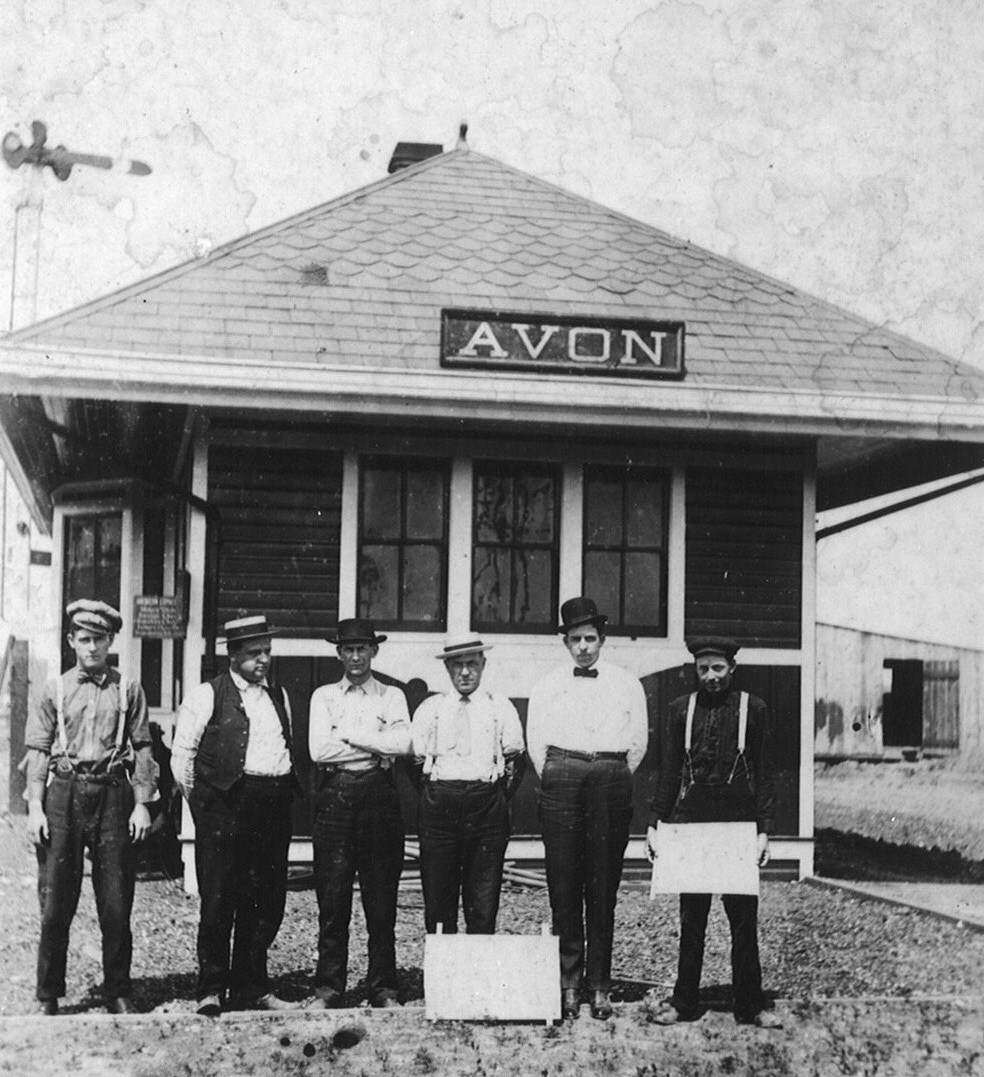 Avon was originally known as Hampton when the first post office was established in the area in 1833. Early postmasters and businessmen influenced the name of the area, which changed numerous times before settling on Avon. In 1852, postmaster O. J. Huron selected White Lick as the name. Pack-peddler John Smoot opened three stores in town, one with a post office which Washington, D.C., officials called Smootsdell, thus changing the name of the town in 1868. Avon’s pre-Civil War business included sugar maple camps and a sorghum mill.

When surveying began for the Indianapolis-Saint Louis Railway, the surveyor changed the name to New Philadelphia. However, the new railway depot bore a sign reading Avon. The name of the area remained Avon though the depot and post office shuttered their doors by 1900.

After the Civil War, Avon’s main occupation was agriculture. Adrian Parsons is credited with pioneering the planting of soybeans on his farm near Avon. Parsons moved near Avon in 1852, enlisted in the 9th Indiana Cavalry of Union volunteers during the Civil War, was severely wounded in action in 1864, and returned to Avon to settle into farming. Parsons experimented with unconventional crops and methods, specifically the planting of soybeans in the 1890s. He imported the Mikado variety of soybeans from Japan in 1905. The American Soybean Association recognized Parsons in 1928 as the first farmer of record to experiment with and produce soybeans in Indiana. At his death in 1929 Indiana farmers planted 326,000 acres of soybeans. A decade later Indiana farmers planted more than 1.3 million acres of soybeans, ranking Indiana second in the nation in soybean production. In 2017, the Indiana Historical Bureau dedicated a marker in Avon celebrating Parsons’ contributions to Indiana’s agricultural and economic history.

Aside from farming, several businesses such as a sawmill, wagon shop, and nursery opened in the area by 1877. A telegraph office, a doctor, a blacksmith shop, a buggy house, and three tile factories rounded out the assortment of businesses in the area by the 1890s

Avon’s population, business, and government grew as the area gained connections to surrounding areas and the state capital. On September 1, 1906, the Terre Haute, Indianapolis and Eastern traction line became a popular mode of transportation. This line constituted part of the Interurban system. Operating from morning to midnight, ridership overwhelmed the area’s power supply, which required the construction of an additional powerhouse in the area. The advent of roads and the affordability of the automobile contributed to the demise of the Interurban which discontinued service in 1930.

By 1878, Washington Township had organized 10 elementary schools for grades one through eight except for Avon, which offered a three-year high school course from the late 1880s to 1917. Avon abandoned the three-year high school for a new consolidated school. The Avon Consolidated School system was organized in 1917. Class sizes averaged from 10 to 20 students from the 1920s until 1955. After that time school enrollment expanded rapidly.

Avon was incorporated as a town in 1996. It is a professionally managed community. Avon recognizes itself as the first Tree City USA Community in Hendricks County and prides itself in its musical tradition that includes three national championships and 13 state championships for its Avon High School Marching Band.

The Avon Community School district is composed of seven elementary, two intermediate, two middle, and one high school. Professional service firms in insurance, accounting, and real estate sectors have quickly established their presence in the town center as well as along the busy US-36 corridor, which is lined with dining establishments and retail outlets. The Greater Avon Chamber of Commerce provides services to the growing business community. 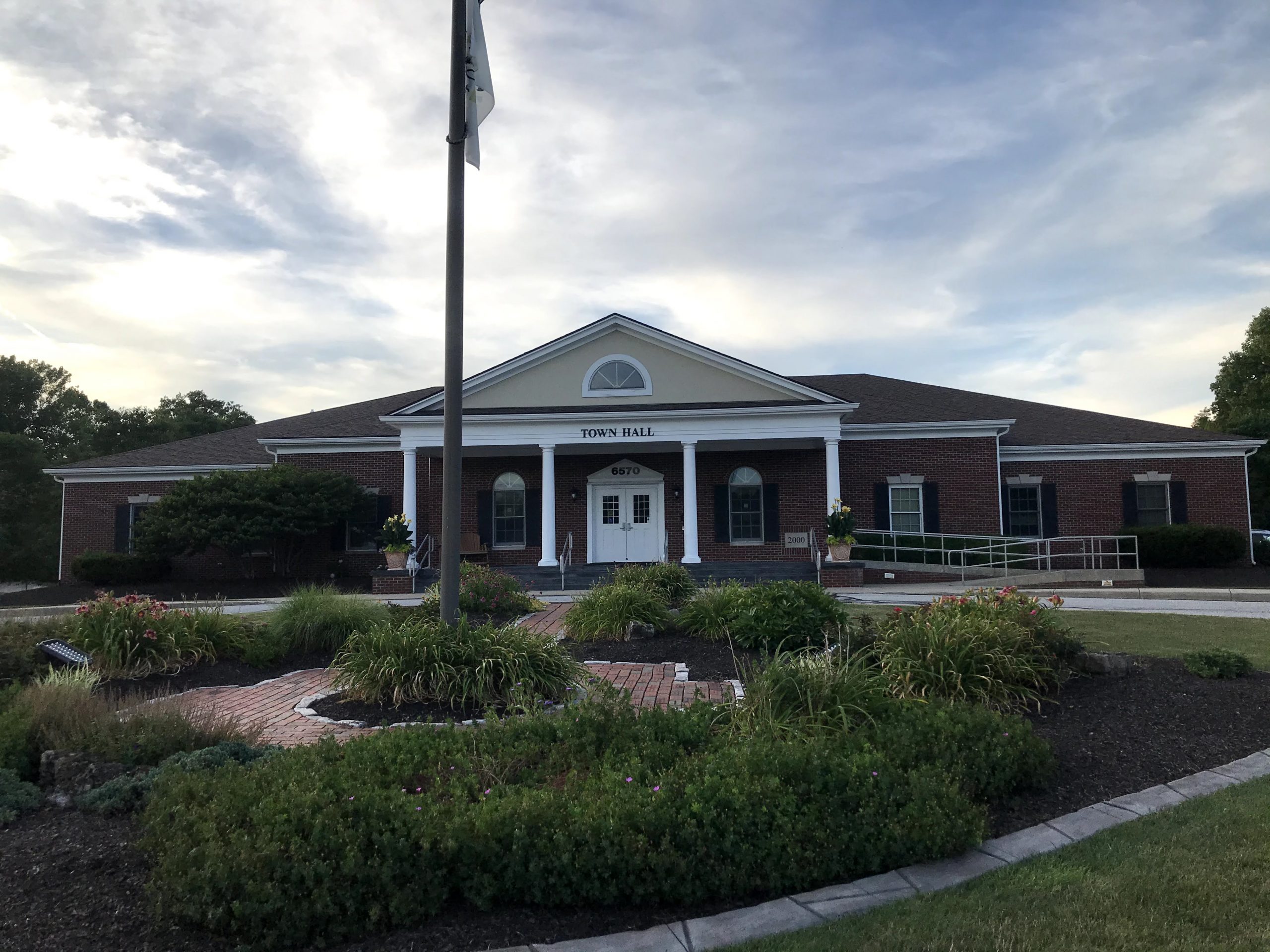 Hendricks County is adjacent to Indianapolis-Marion County on the ...Read More »